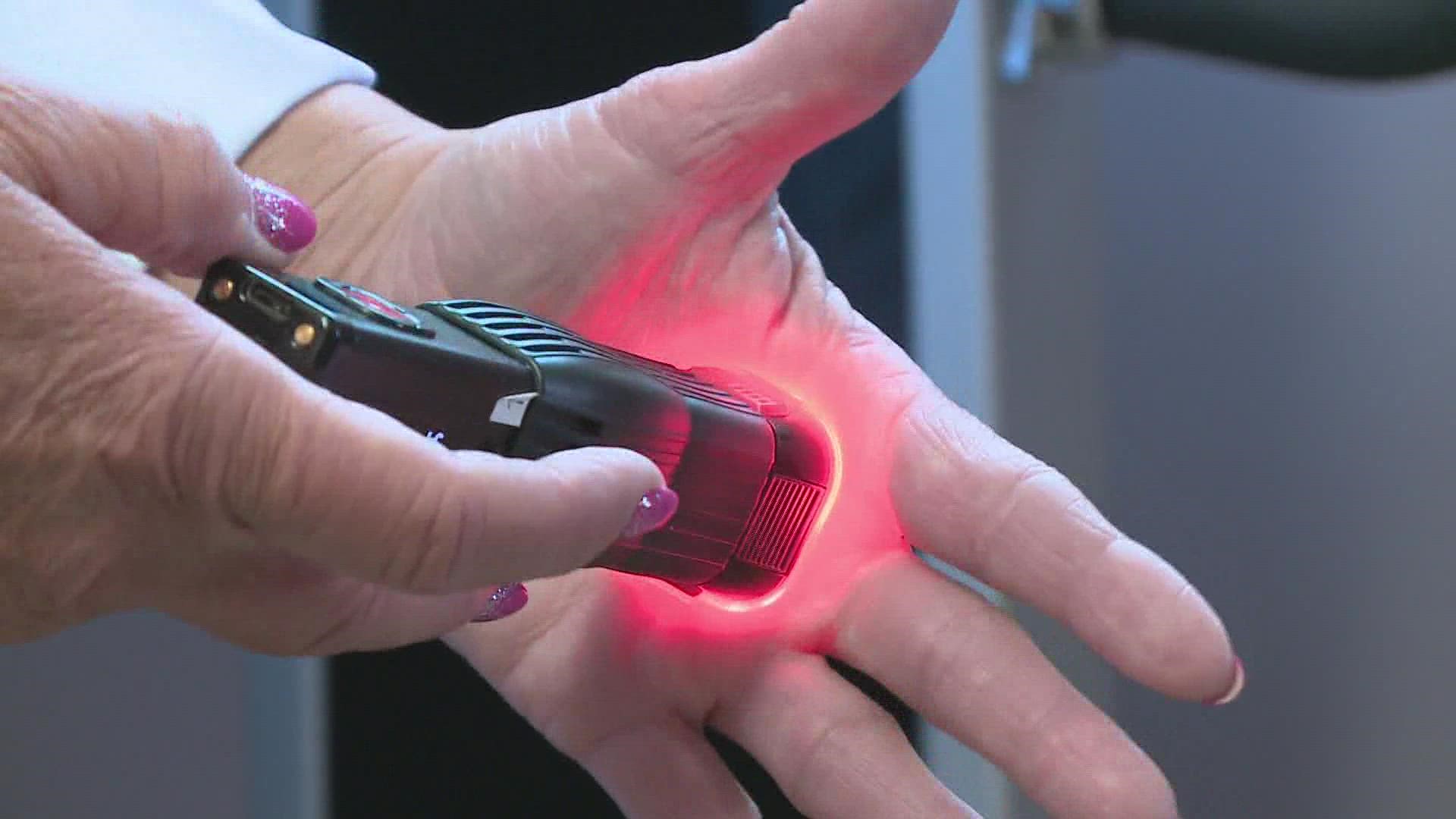 HAMPDEN, Maine — According to the U.S. Centers for Disease Control, a course of antibiotics is the most effective way to kill off Lyme disease if caught early.

The CDC says 300,000 people are diagnosed with Lyme disease each year across the county.  But in some cases of post or post-treatment Lyme,  neurological and other symptoms can develop.

Symptoms that can linger for years are driving more patients to seek alternative treatments.

Thirteen years ago, Amy Cray started having migraines that came out of nowhere. Then there were more problems so bad that they affected her ability to work.

"I was having blurry vision, started to get the brain fog, joint pain in my knees," Cray said.

A year and a half later, she was diagnosed with Lyme, Bartonella a tick-borne co-infection, and Bell's Palsy, a condition that causes facial muscle weakness or paralysis, all despite never finding a tick bite. Courses of antibiotics helped but stress brought on new flare-ups and even more symptoms.

After seeing a host of doctors, including an infectious disease specialist and mental health providers, Amy's daughter came across the Lyme Laser Centers which has an affiliate in Hampden. Since this past winter, Amy has been on a half dozen protocols, including herbal supplements, a detox plan including a sugar-free diet, chiropractic work, lymphatic and cold laser therapy treatments.

Unlike a surgical laser which transmits heat and tears down tissue, the protocol uses a cold laser, which has a red light and is placed on acupuncture points, stimulating energy production in the body's cells. The protocol, which is not covered by most insurance plans, is administered by licensed chiropractor Dr. Debbie Baker. Baker says the multi-step protocol targets the biofilm which acts as a shield for Borrelia burgdorferi, the bacteria that causes Lyme, making the spirochete resistant to treatment.

"It takes probably about nine months to break down the biofilm and that's where the spirochetes hide," Baker said.

Betsie Gonzalez, a senior public affairs specialist with the CDC tells NEWS CENTER "most cases of Lyme disease can be cured with a two to four-week course of antibiotics. People who are considering alternative treatments for ongoing symptoms associated with a Lyme disease infection should talk to their health care provider about the possible risks and effectiveness of such treatments. Pharmacists can also provide helpful information if you have questions about a drug, medicine, supplement, or medical device."

Amy is almost finished with the program and says the majority of her debilitating symptoms like fatigue and brain fog are gone or fading.  At a recent physical, her primary care doctor, who is aware of the Lyme Laser Center protocol, was amazed about how Amy is doing.

"She was like 'this is great for you, it's the best I have seen you in a lot of years,'" Cray said.