Babesiosis is extremely rare in kids. In 2018, there were only two pediatric cases reported to the Maine CDC. 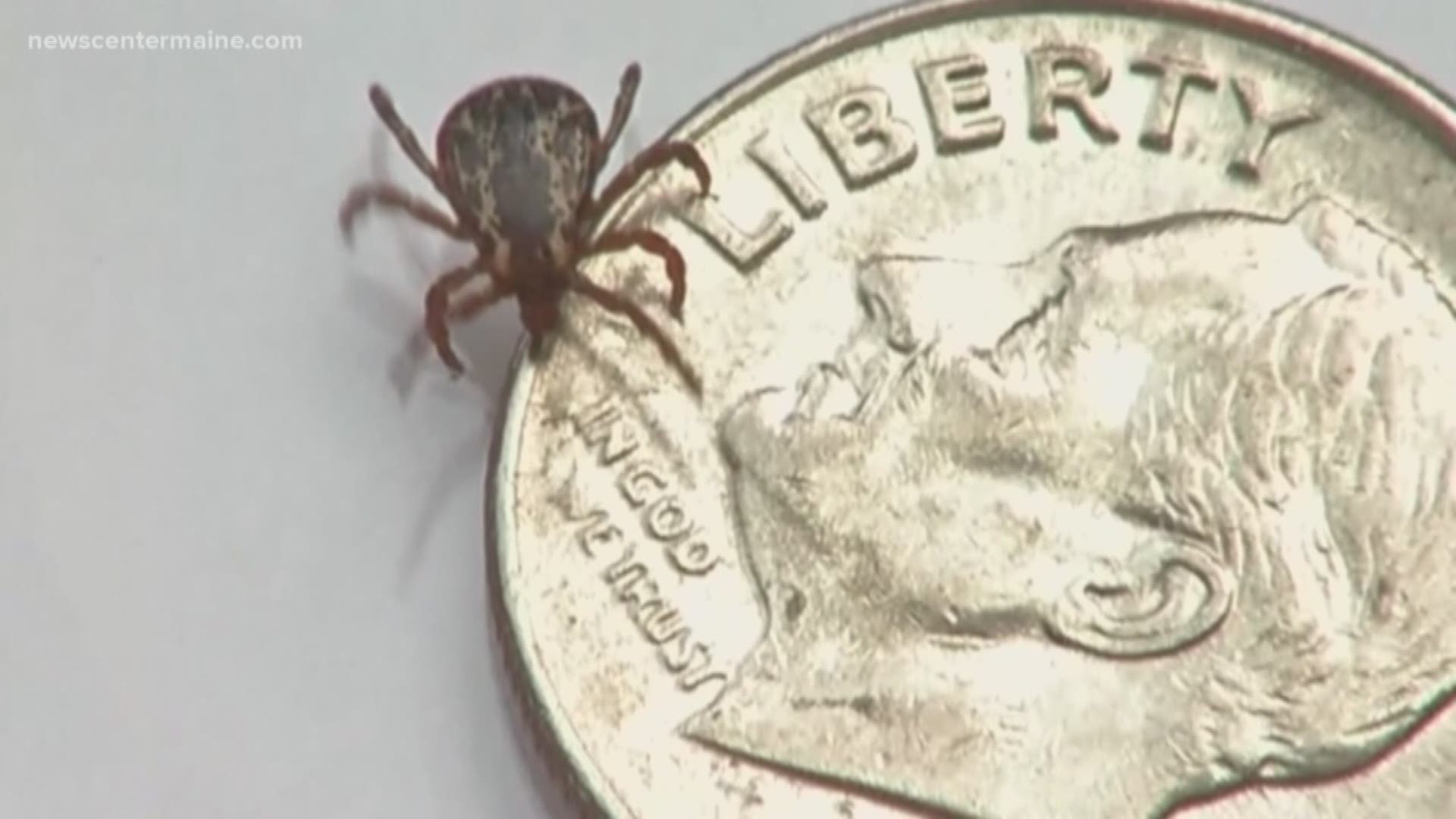 ALFRED, Maine — Babesiosis is a tick-borne illness that mimics malaria.

It's rare, but experts say a surge in ticks is putting more people at risk.

One scientist says the illness, which can be fatal in some cases, is under-reported because it is so hard to diagnose.

The Maine CDC says there were 101 cases in adults last year and two cases in children over each of the last two years.

Jack Manuel suffered from debilitating flu-like symptoms that continued to get worse -- but it took months for his mom to finally get answers.

Over the past year and half, Kristina Hogue took her son, Jack, from doctor to doctor trying to find out what was wrong with him. He had aches, pains, and flu-like symptoms that wouldn't go away.

"He had constant nausea. He was just ill. It was like watching your child decline and feel pretty helpless and not be able to do anything," said Hogue.

RELATED: Maine residents pay $15 per tick to be tested for disease

Months later, a blood test found that Jack had Babesiosis. The disease is caused by a parasite, similar to the organism that causes malaria. It invades and destroys the body's red blood bells. Jack's grandparents were diagnosed with the same disease.

Dr. Meghan May is a professor of microbiology and infectious diseases at the University of New England.

She says the ticks that spread Babesiosis are usually found on rodents, such as field mice -- and the fact that three members of Jack's family may not be a coincidence.May says Babesiosis is difficult to diagnose because many people weather the disease with no symptoms and end up getting better over time. For others, it can show up as flu-like symptoms.

People with weak immune systems or who don't have a spleen are at the most risk. May says undergoing going prolonged medical treatment, including antibiotics and quinine, to purge the parasites is key to a full recovery.

"These parasites can come back, and they can get very sick again, or sicker than they were the first time," said May.

Jack's mom plans to take him to Massachusetts where he can receive more aggressive treatment. That could include a blood transfusion or antibiotic IV treatment.