How’s the tick population in Maine this year? “Pretty robust,” says one expert 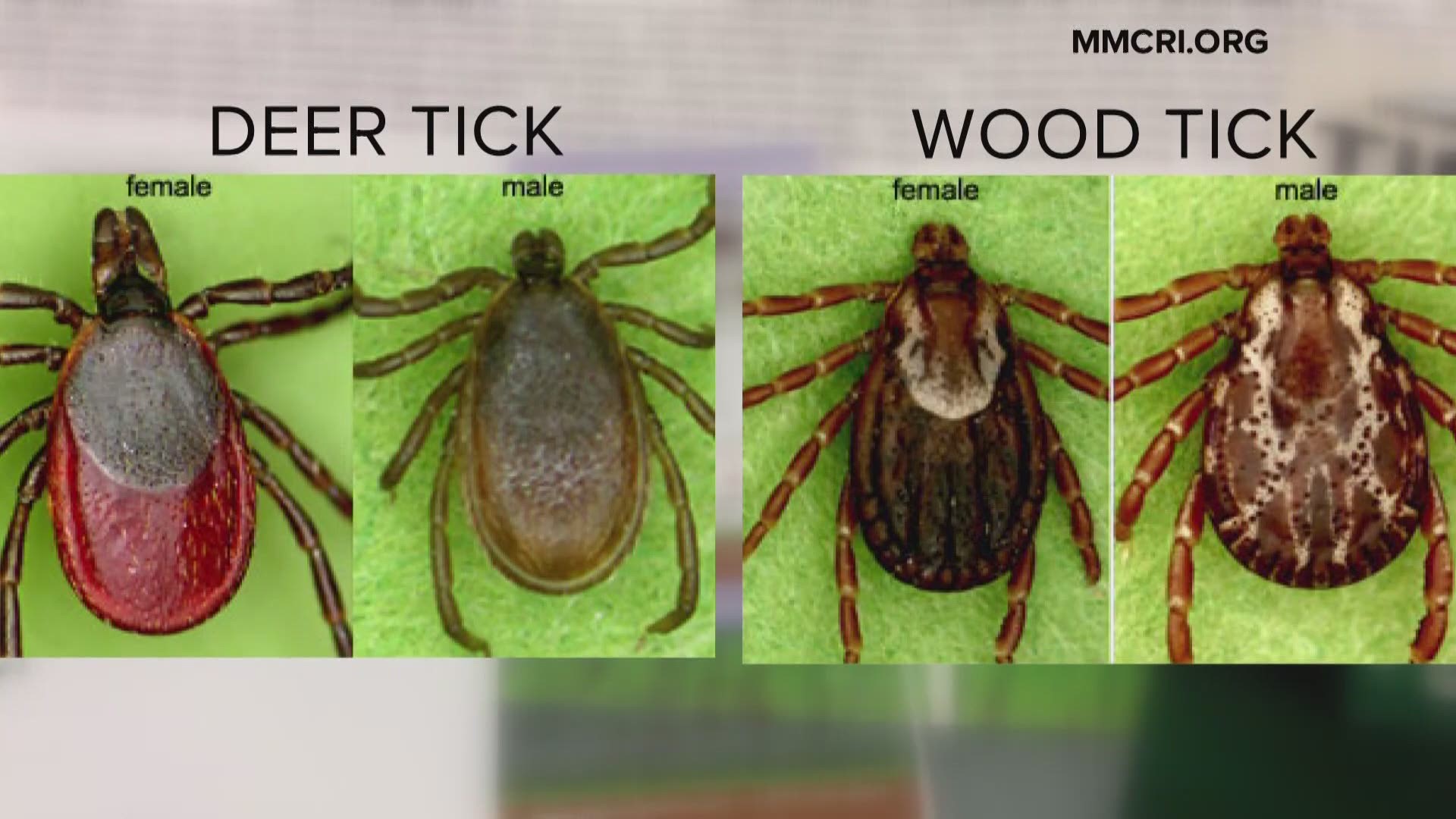 PORTLAND, Maine — The ticks arrived early in Maine this spring.

“We actually had adult deer ticks, which were holdovers from last fall, come out around the beginning of March, which is kind of an early time for them to be seen,” says Chuck Lubelczyk, a field biologist and tick expert with the Maine Medical Center Research Institute in Scarborough. “The last two or three weeks American dog ticks have come out in really, really big numbers.”

Last year was a different story, in part because of the drought that hit much of the northeast. “So we had lower numbers of ticks as well as mosquitos throughout a good part of the season,” Lubelczyk says. “That’s not the case this year. I think the numbers are pretty robust so far.”

The outlook is concerning because deer ticks spread Lyme and other diseases that can cause fatigue along with muscle and joint pain. Anyone who walks through fields or woods this time of year and doesn’t take precautions to ward off ticks is running a risk.

“Certainly you don’t want to have any tick on you at all—on you or your pets or your kids,” Lubelczyk says, acknowledging that the numbers are unsettling. “Where you have one tick, you’re probably going to have more than one tick. And with the American dog ticks especially, it’s not uncommon for people to come out of the woods with 20, 30, 40 of them at a time. We have parts of our yard in the midcoast where we can regularly get 15 or 20 from just a simple five-minute walk with the dog.”

So, how to protect yourself, your family, your pets? Watch our full conversation with Lubelczyk and check out the link we’ve provided. In the end, he doesn’t want anyone to be afraid of spending time outdoors in the summer. “You just need to be prepared,” he says.