Game wardens are on the front lines for Lyme disease

Under state policy, a tick bite is considered a 'workplace injury' for several thousand state employees who work outdoors. 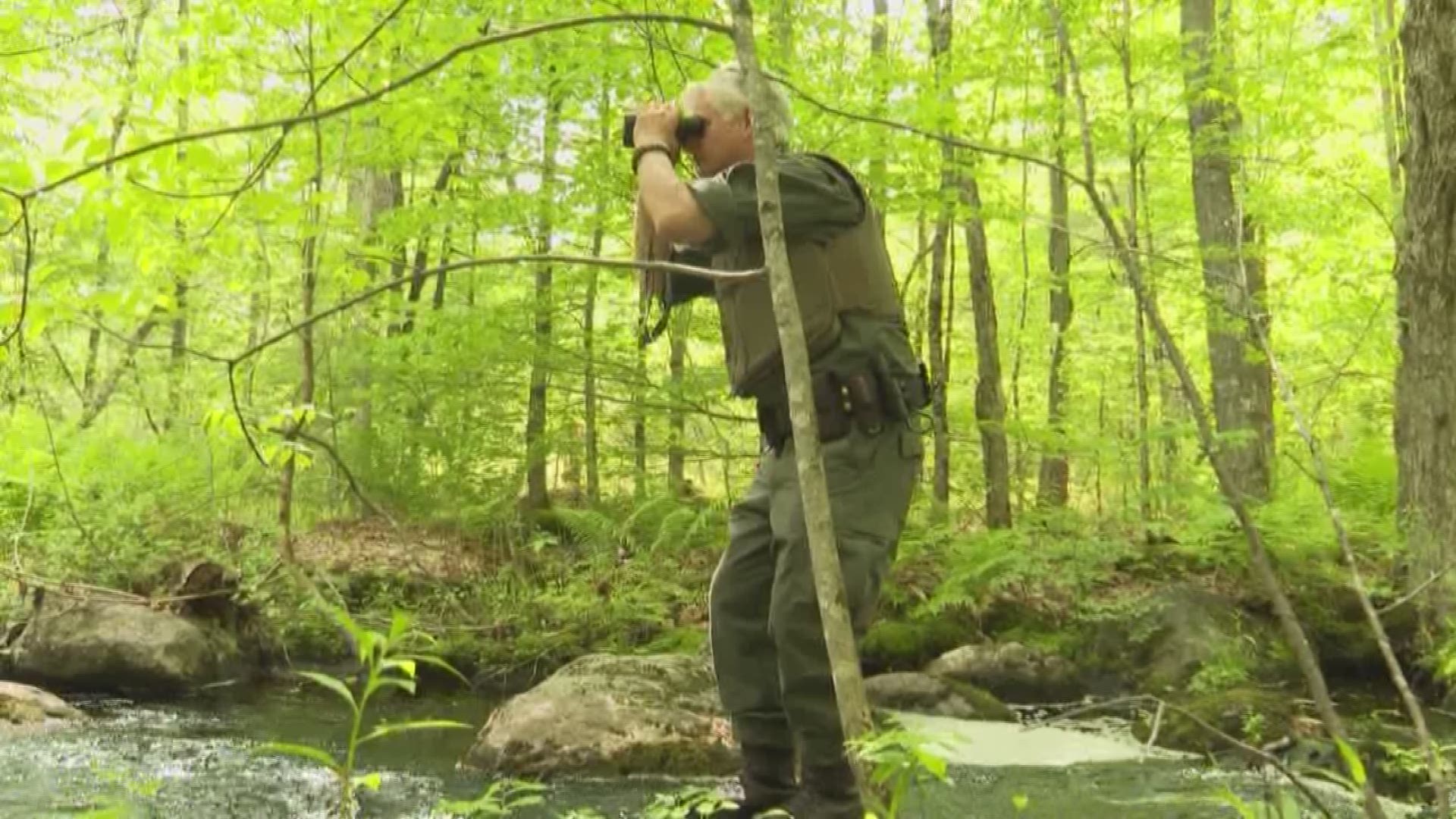 Working in the woods and along the highway puts thousands of state employees at risk for getting a tick bite and potentially Lyme disease.

Several state agencies now have policies to protect employees from ticks and ensure they get prompt medical treatment.

Maine game wardens, forest rangers and Maine Department of Transportation workers are on the front lines for a tick bite.

But instead of waiting for the symptoms to appear, they can get immediate medical treatment, including 21 days of antibiotics the most rigorous treatment against Lyme disease.

"Before we jump in our trucks, we put on our ballistic vests, gun belts and spray ourselves down," he said.

That spray is permethrin. The pesticide is able to incapacitate deer ticks and cause them to fall off his uniform. Sgt. Spahr sprays his boots, pants — even a little on his gun belt. The Warden Service provides each of its nearly 200 wardens and biologists the repellent and pre-treated camo-suits, tick checks are also strongly recommended.

"It's a very important safety topic especially for veteran game wardens. It becomes every day experience to get back to your vehicle to have ticks all over you," said Warden Service Cpl. John MacDonald.

Spahr has spent 23 years doing surveillance along rivers, streams and patrolling wooded areas in York County, one of the first areas of the state to experience: "We counted 32 ticks that were on my shirt, waiting for their turn to jump on me and attach. We were just dealing with the ticks as part of a job hazard … we managed," Spahr said.

A couple of years ago Spahr started having trouble remembering things, brain fog and other medical problems.

"I had a body rash that covered like 80% of my body, I was treated for that, for the heart palpitations I was on EKGs they were monitoring it," Spahr said.

Finally, two years later, after doing some research on his own, Spahr figured out he had Lyme disease, which was later diagnosed by a doctor. But it took several months of treatment for him to recover. Spahr filed a claim with Maine's Worker's Compensation Division to pay his medical treatment but he couldn't prove it happened on the job.

"I think a warden, a biologist, anyone that has to go into the woods and comes down with Lyme, it is job-related," he said.

Warden Service employees who get bit by a tick on the job and end up with Lyme disease now have a better chance to prove their case.

According to department policy, a tick bite is the same as being hurt on the job.

"If you get an embedded tick while you are on the job, it's a first report of injury you have to file with us, and we have gotten fairly good at that procedure unfortunately," Cpl. MacDonald said.

Employees can immediately get a test for Lyme. If it's positive, the testing and medical treatment are covered by the state.

The Maine DOT has about 1,700 employees. Worker's compensation covers testing and up to 21 days of antibiotic treatment for employees who have an embedded tick.

As for Spahr, he had made a full recovery but says that could all change if he gets another bite from a tick carrying Lyme. He's grateful the Warden Service is taking he and his fellow officer's safety serious.

All employees of the Department of Agriculture, Conservation and Forestry – about 600 employees-- are covered by a similar policy.

A spokesman with the Maine State Police say they are also treat tick bites as a workplace injury and provide immediate medical treatment.

For information on symptoms and signs of Lyme disease.

For information on how to spot a deer tick.

Resources and websites with information about Lyme disease and tick borne illnesses are below, courtesy the Nelson Family Project: