Early spring fueling an explosion of dog and deer ticks 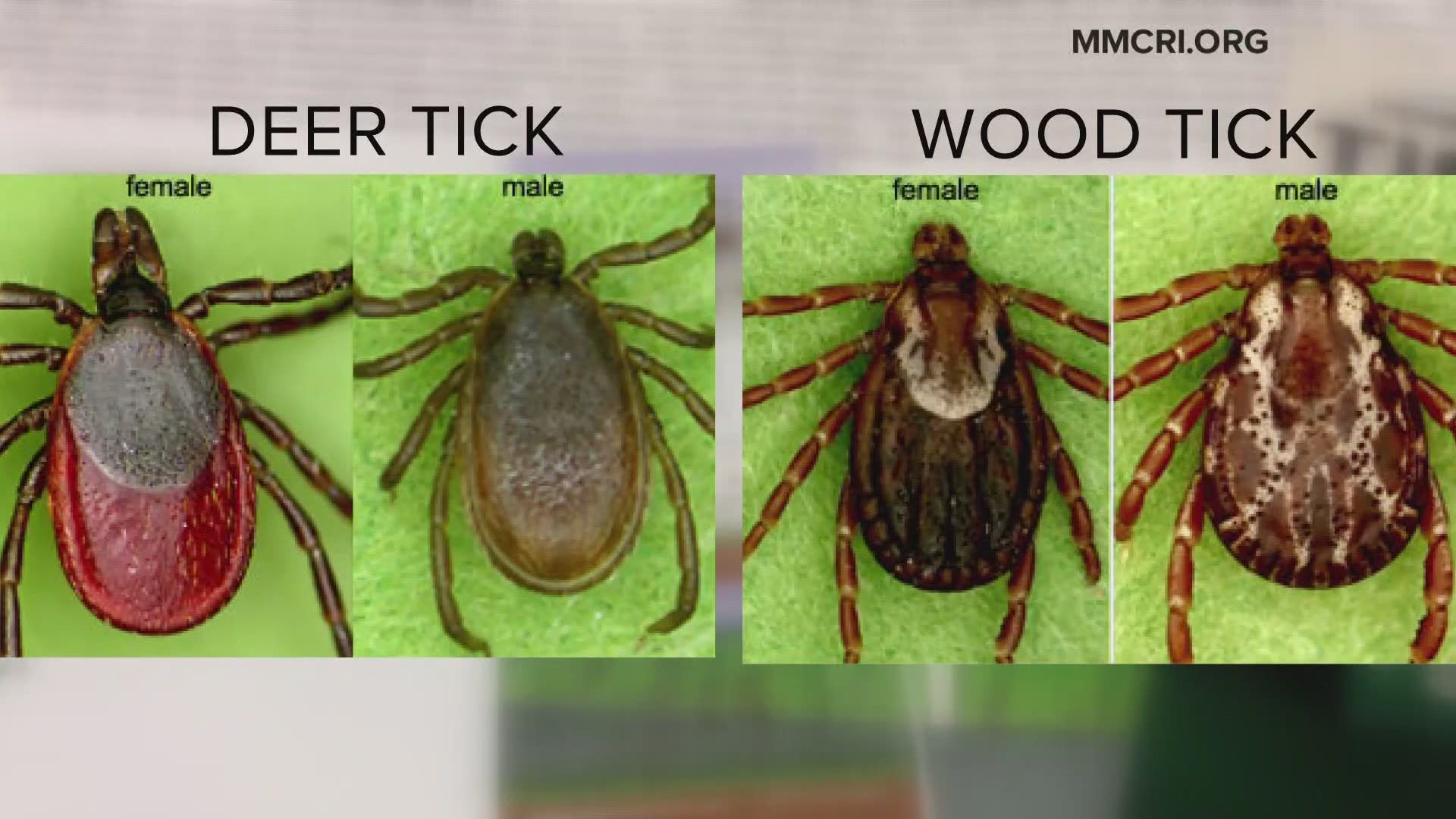 LEEDS, Maine — While many of us welcome spring with open arms, the bugs that come with it are another story. Ticks have been out for weeks looking for their next blood meal.

That includes Deer ticks, which carry Lyme disease. So far this year, the Maine CDC is reporting 66 cases of Lyme disease, 25 cases of Anaplasmosis, and eight cases of Babesiosis.

The warmer than usual temperatures have also resulted in an explosion of American Dog ticks, which do not carry diseases in New England, but experts say it's key to know the difference to protect your family and your pets.

Last weekend, Heather Worth brought her dog Vixen inside for a tick check, after raking leaves at her home in Leeds.

"I just started pulling them off. I pulled 23 off her and put her in the shower and gave her a bath," Worth said. She also does constant tick checks on her three young children when they are outside playing in the yard.

Experts say it's important to know how to spot an American Dog tick and also the black-legged deer tick, which carries the bacteria that cause Lyme and other tick-borne.

An early spring unfortunately has resulted in an explosion of deer and American dog ticks in Maine. We’ll tell you why it’s important to know the difference— to help protect yourself and your pets. The story @6 #NEWSCENTERmaine pic.twitter.com/kJPlHOpa4L

The majority of ticks found in Heather's yard are dog ticks, which are usually brown with whitish-gray markings.

Across the state pictures posted on social media show the explosion of dog ticks so far this year. Experts say thanks to early spring, dog ticks are about three weeks early.

"Really hyper abundant right now, the good news is that they don't transmit disease in our part of the country", Chuck Lubelczyk, a field biologist with the Maine Medical Center Research Institute.

While dog ticks are a nuisance, Lubelczyk says they are only active until July, unlike deer ticks which can remain active through November. How active will ticks be this summer? Ticks need a lot of moisture to stay alive. Last summer's drought condition put a big dent in numbers and it could happen again this year.

"The landscape out there is still pretty dry out there for the spring. We may end up seeing the tick numbers dwindling if we don't get significant precipitation," Lubelczyk said.

But wet and cool temperatures over the next weeks could put the season back on track. With more people getting outdoors, from gardening to hiking during the pandemic also means more risk for Lyme and other illnesses. Experts wearing protective clothing, repellent containing permethrin, and frequent tick checks to protect your family and your pets.

For more information on how precautions against ticks and the diseases they carry, click here.

More on ticks in Maine: