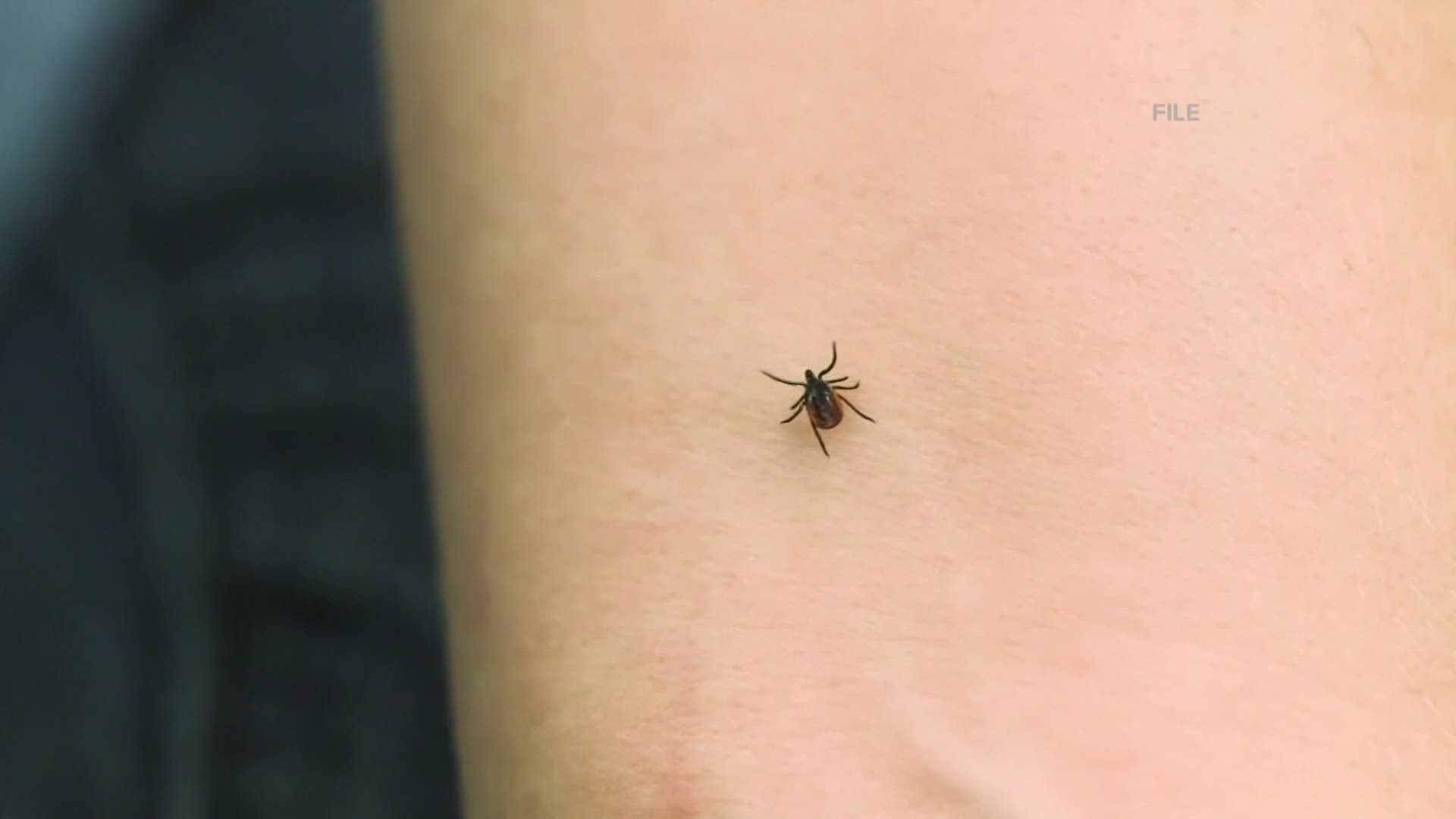 PORTLAND, Maine — A new federal study shows that cases of tick-borne illness across the country are ten times higher than what experts thought previously.

Maine has the highest incidence rate of Lyme disease in the nation.

Dr. Sean McCloy treats patients for Lyme disease and tick-borne infections at Integrated Health Center of Maine. He isn't surprised that a new CDC study shows that nearly half of a million people in the U.S. have Lyme.

"This was a better way of accurately reflecting what's going on out there in the real world," McCloy said.

The new estimate comes after an extensive review of billing codes on insurance claims from 2010 to 2018.

The data was expanded to include uninsured patients, people 65 and older, people given antibiotic medication, and patients who had but were never treated for it.

"The tests are not always accurate and clinicians are treating their patients for Lyme if they strongly suspect based off their symptoms," McCloy said.

Elizabeth Nelson suffered from debilitating pain, fatigue, and flu-like symptoms before finally being diagnosed of Lyme disease ten years ago.

Nelson and her parents, who are also Lyme disease survivors, started Touched by Lyme: The Nelson Family Project, distributing thousands of 'Lyme Resource Cards' with updated information on the tick-borne illness. But they believe a large number of cases are still going unreported.

"A lot of Lyme doctors I know don't take insurance, or they don't use the Lyme code on insurance," Nelson said.

Jon Cole was bitten by a tick nearly 20 years ago but didn't realize it until after he began experiencing swollen joints, so bad he had to undergo surgery. Antibiotic treatment improved his symptoms. He now runs a licensed tick and mosquito control company, Northwoods Tick Control.

Cole has teamed up with the non-profit organization, Project Lyme, to provide resources and tick prevention information to help customers protect themselves against tick-borne illness in their own back yards.

"A lot of people, they just don't want to see or have another tick period," Cole said.

Click here for information on Lyme disease and tick-borne illness from the U.S. CDC.

For information on treatment and Lyme literate doctors click here.