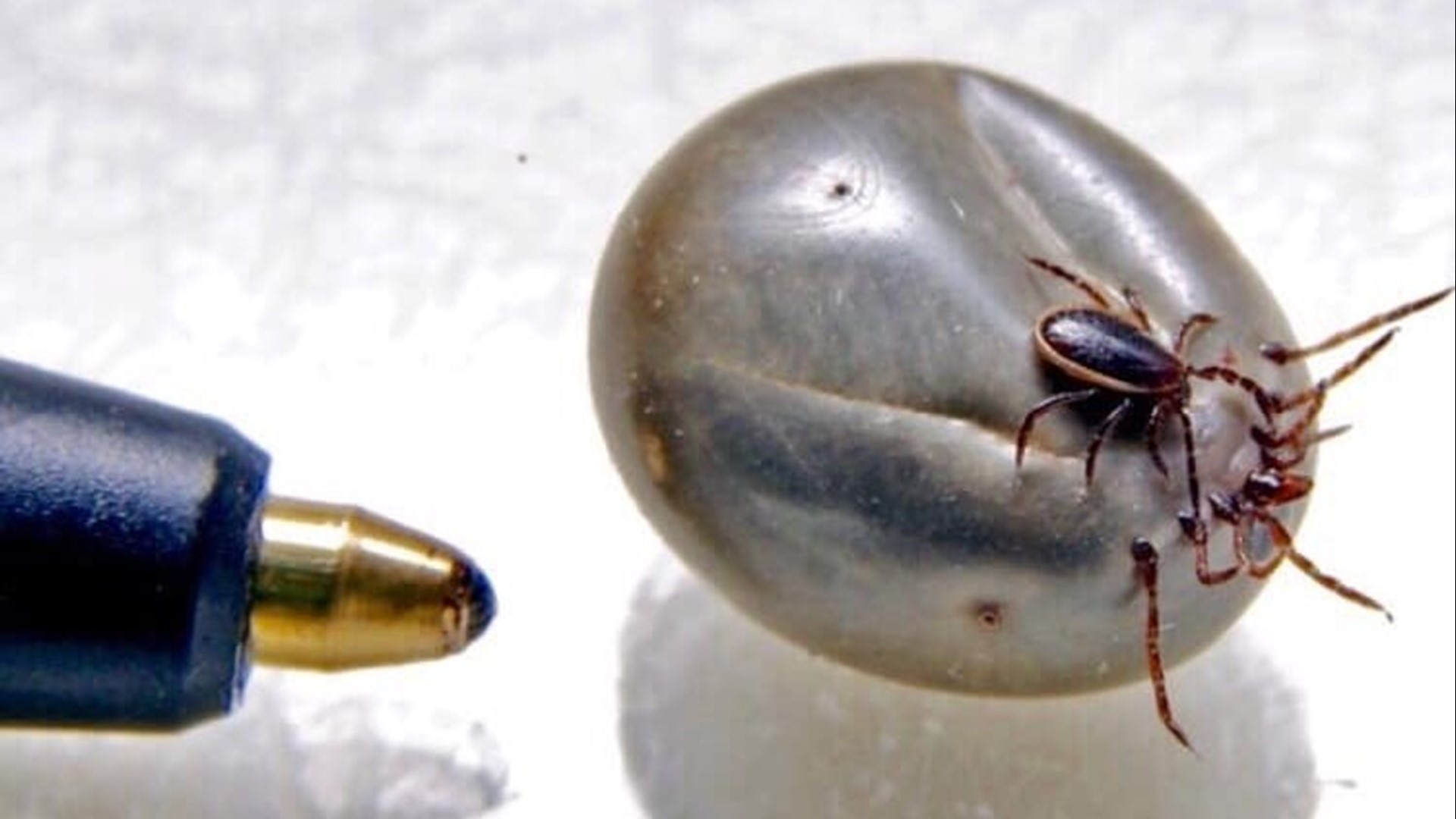 Studies have also found that depression can occur in more than half of people with late-stage Lyme.

As the symptoms get worse some people even consider taking their lives as a way out.

Imagine going more than 15-years with debilitating fatigue and pain. It happened to Carleen Fischer Hoffman and she had no idea why.

Carleen said one of the most difficult parts of her Lyme journey is how people, including doctors, didn't believe she was sick. She hopes her story will lead to fewer people being misdiagnosed.

Walking her dog or doing chores around the house is something Carleen Fischer Hoffman will never take for granted.

At one point in her life, just getting out of bed every day was impossible.

"When I say fatigue, I mean down and out dragging your butt tired," Carleen said.

Lyme tests also came back negative. All the while the fatigue got worse and horrible joint pain.

"I felt like I wasn't being heard and it went downhill from there I literally hit rock bottom," Carleen said.

Over time Carleen gave up a successful organization business, writing, and charity work in the community. All but a few friends disappeared and she just wanted the misery to end.

"I was contemplating taking my life and how I would actually do that. Would I hang myself, slit my wrists?" Carleen said.

Fortunately, Carleen reached out for help from a friend, who was a mental health provider. She started counseling on a regular basis.

She finally found two different providers out of state, who took her health problems seriously.

Three years ago Carleen finally tested positive for Lyme. She also had Epstein Bar which can cause mono and other illnesses and adrenal fatigue.  After a regime of antibiotics, anti-viral medications, supplements and herbal treatments, Carleen finally turned a corner.

Carrie Werner is a Naturopathic doctor and midwife at Riverside Healing Center in Bath. She says more than half of her patients have late-stage Lyme. Others finally receive a diagnosis after struggling for years with debilitating symptoms, including anxiety, depression, and suicidal thoughts.

"I always recommend that they see some sort of mental health provider for extra support," said Werner.

Werner uses more cutting edge testing for Lyme, which unlike standardized tests are better in detecting the antibodies for the Lyme. Besides antibiotics, she uses herbs, supplements to help heal patients who have weakened immune systems, ravaged by tick-borne bacteria. She says when patients start to improve physically there is often a big change in their mental health as well.

"Helping boost up their adrenals and they start to feel more motivated, they start to have more energy so their shifts and their brain fog shifts," Werner said.

For Carleen, another part of the healing process was sharing her story with the world. Her Lyme journey is featured in the book 'The Waiting Room, the Invisible Voices of Lyme'.

Carleen has slowly rebuilt her business has made lasting connections through support groups on social media. She still has some pain, fatigue. But she encourages people with similar health problems to never give up.

"Over time if you hang in there and you find the right people that can help you, you will get there," Carleen said.

For information on Maine providers that treat Lyme and tick borne co-infections and support groups available on a Lyme resource card by the Nelson Family Project, a family from Bath touched by Lyme.

RELATED: Is it Lyme or COVID-19? Tick-borne diseases and the coronavirus share similar symptoms

RELATED: Tracking the new frontier for deer ticks in Maine

RELATED: VERIFY: Lyme disease symptoms can be mistaken for COVID-19