People suffering Lyme disease are calling it a huge breakthrough after years of federal inaction. 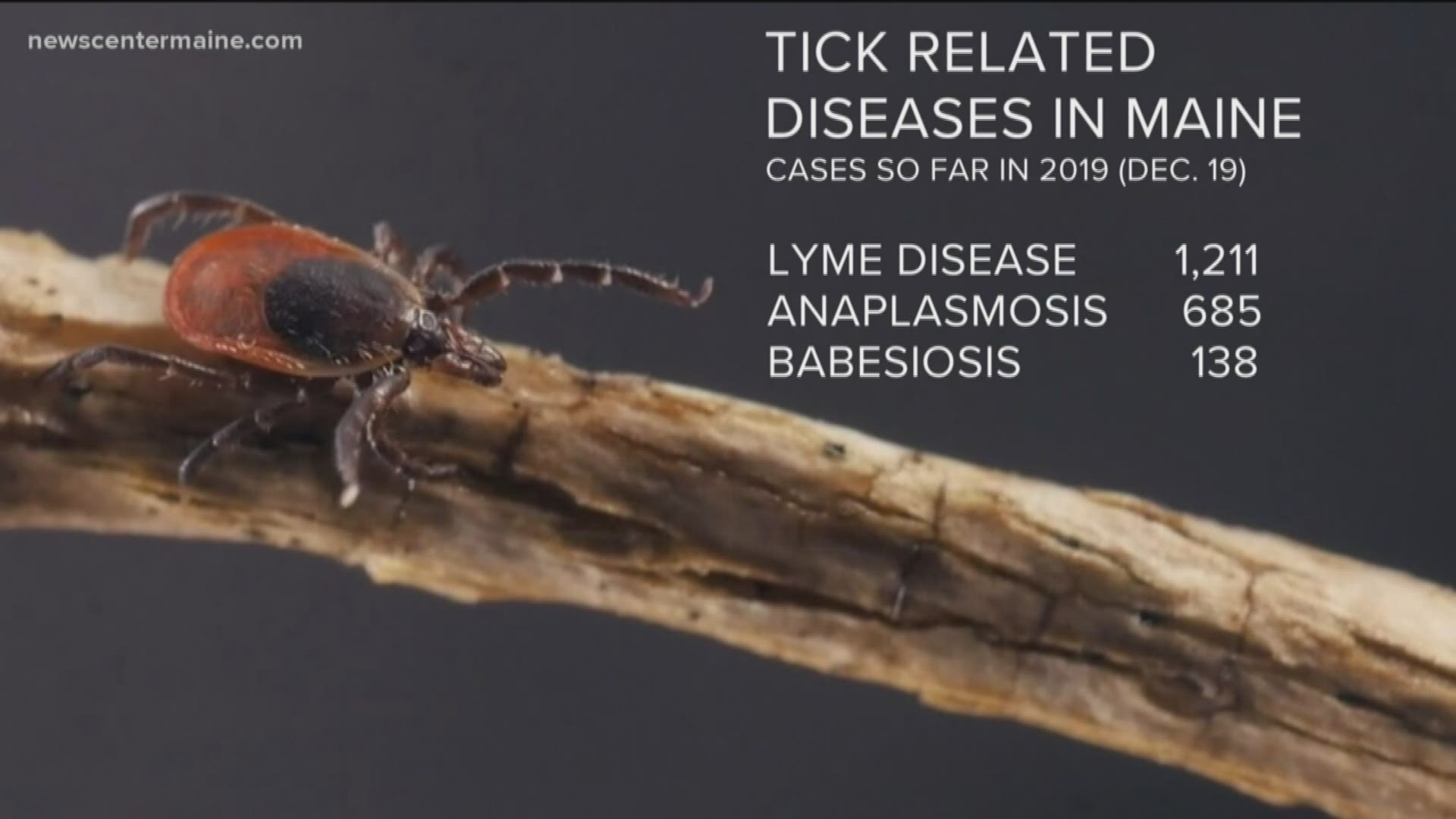 It includes $100 million to combat tick and vector borne diseases.

The Kay Hagan Tick Act is co-sponsored by Maine Senator Susan Collins. It is named in honor of the former Senator from North Carolina who died from complications from tick borne illness.

The CDC reports there were 450-thousand cases of Lyme disease last year.

The Maine Center for Disease and Prevention is reporting a little over 12-hundred cases of Lyme so far this year.

The bill directs federal and state health officials to set up a national strategy in the fight against Lyme. Many people in the Lyme community say the passage of this bill means that the feds are taking their struggles for better diagnostic tools and effective treatment seriously.

Chris Philbrook was bit by deer tick a decade ago. That bite led to a condition called Bell's Palsy. The muscles on the left side of Chris's face became weak and partially paralyzed. Part of his face still has no feeling. Standard blood tests for Lyme didn't catch the disease, it was later detected in his spinal fluid.

Over the next five years, the Tick act will pump hundreds of millions of dollars for research, prevention and treatment programs. The CDC will provide grants to state health departments to improve data collection and analysis, support early detection and diagnosis, improve treatment and raise awareness. Chris believes a top priority is improving detection of Lyme. The current tests for Lyme can be unreliable and in some cases less than 50 percent accurate.

"For me it's the diagnostic testing, getting early detection figure out, figuring out if there is or isn't a co-infection also have state to state strategies," Philbrook said.

For information on the 'Tick Act'

Information on Ticks and Lyme Disease from the CDC