The symptoms of vaping-related illnesses Maine lung doctors are seeing

Dr. Anne Coates is on the front lines of what she calls an epidemic. She reveals what vaping's toll looks like on the lungs. 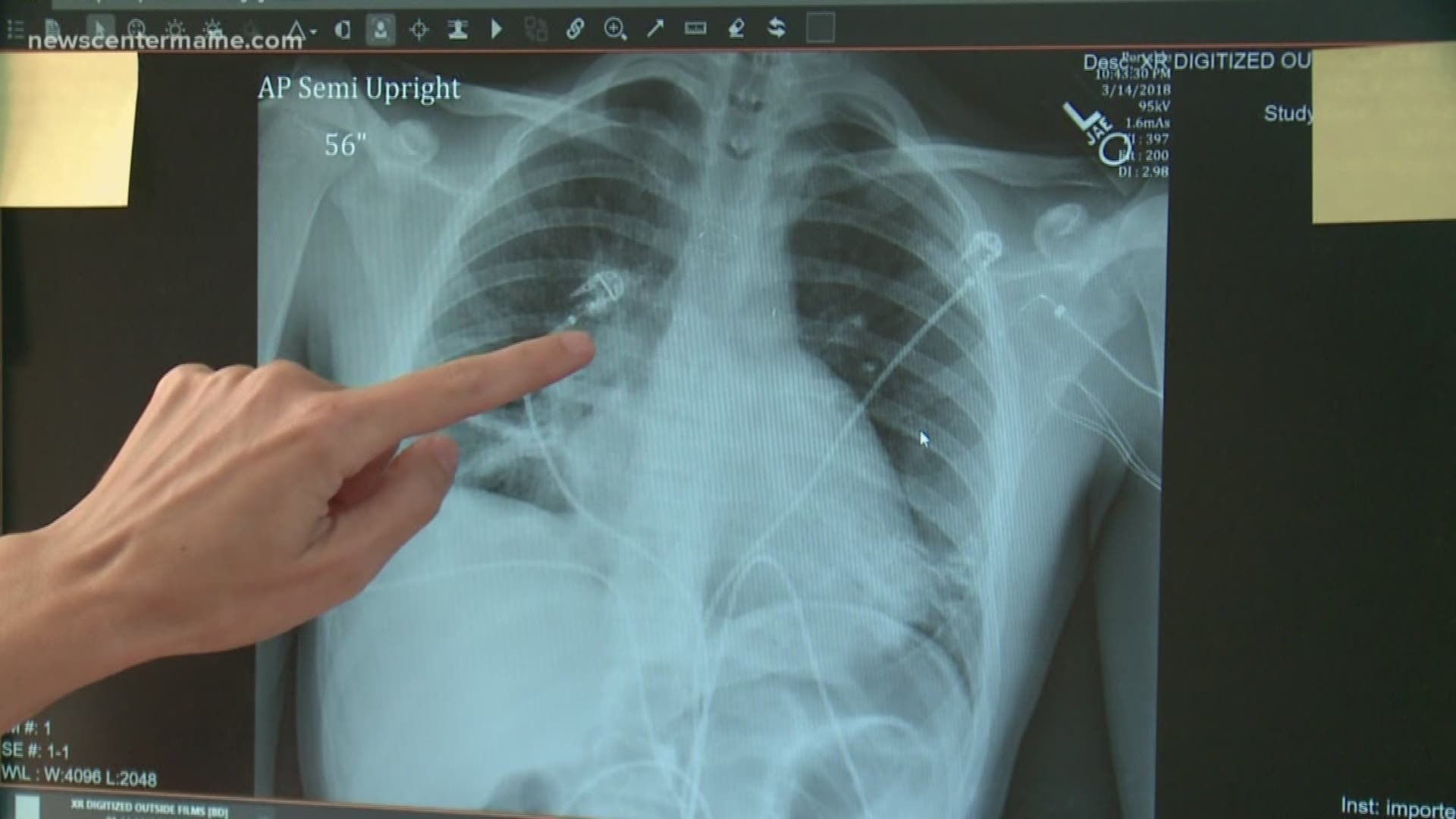 PORTLAND, Maine — It was a little less than a year ago when NEWS CENTER Maine sat down with Dr. Colby Wyatt, a pediatric pulmonologist at Maine Medical Center, to talk about something we were starting to hear about more often: vaping.

It was then that we first learned of the growing popularity of e-cigarettes among middle and high school students.

"Are we going to see an epidemic 15, 20 years from now when these teenagers are addicted to nicotine and on traditional tobacco products?" he asked. "We don't know the answer to it and it's somewhat frightening."

RELATED: Vaping on the rise with Maine middle school students

"Frightening" was the word Dr. Colby used to describe the unknown long-term effects of vaping.

A lot's changed since then with the 8th reported death from a vaping-related illness, and now the medical community is sounding the alarm on the short-term health effects of vaping.

Dr. Anne Coates, a pediatric pulmonologist at Maine Medical Center, is on the front lines of what she calls an epidemic. She showed us what it looks like when vaping takes a toll on the lungs.

"What you see here is this increased streakiness," she said. "Inflammation within the airway of blood and infection that have resulted one week of reported use."

She's sending an urgent message that vaping is not healthier than smoking traditional cigarettes. In fact, she said the short-term health impacts differ greatly between the two.

"E-cigarettes can result in the need for emergency room visits, hospitalizations, ventilator requirement, and ultimately death."

Eight people have died nationwide, according to the CDC. In Maine, there's been one confirmed case of a vaping-related illness.

Dr. Coates says it can be challenging to determine if these symptoms are specifically vaping-related but there are three things that she looks for.

"If those otherwise haven't been experienced prior, if no one else is sick around you, and there are no other signs of an illness. Those could be signs of a vaping related illness."

While the long-term effects of vaping have yet to be determined, it's the short-term health impacts that have Dr. Coates and her colleagues sounding the alarm.

"If you yourself are a user of e-cigarettes, it is never too late to quit."

RELATED: Fighting back against the vaping epidemic

Free support is out there to help yourself or someone you know, quit.