The former owner of Madison's Cafe is considering legal action to preserve her daughter's safety net. 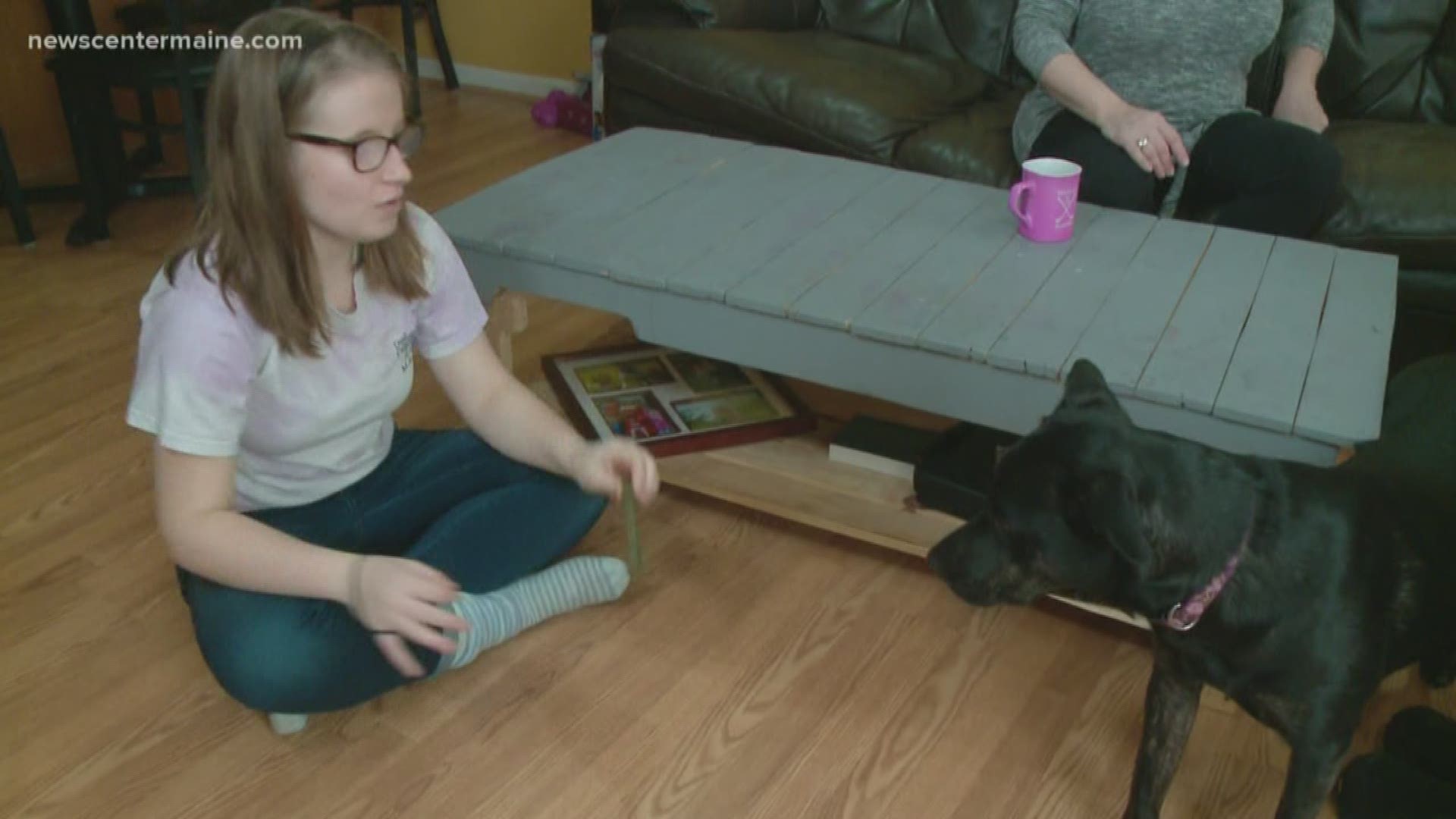 SOUTH BERWICK, Maine — Nicole McCoomb, who employed people with disabilities, may be heading to court to keep her autistic daughter from being left with any services.

Last year we told you how a state contracted agency 'Pathways of Maine' failed to place Madi McCoomb on a wait list for services when she turned 21.

The agency *did agree to pay for an aide to care for Madi while she is on the wait list, but those funds will end next month.

McCoomb used to run Madison's Cafe - named for her daughter. The eatery gave people with disabilities a chance to learn skills to keep them on the road to independence. Nicole had the same hopes for daughter.

'She needs to be making friends, working needs to collect a paycheck, learn new skills and keep old ones in place. We have had a lot of regression,' said McCoomb.

Last year a caseworker with a state contracted agency -- 'Pathways' failed to place Madi  on a wait list for services she qualifies for through MaineCare, the state's Medicaid program.  Those services included job training and housing. In the meantime, the agency is paying for an aid, known as Behavioral Health Professional or BHP to care for Madi when her mom is at work.

But the agency just told Nicole the funding will end early next month -- leaving Madi with no services. She's back on the  waiting list -- but it could be more than a year before she can enroll in a day program.

Now Nicole is considering legal action to keep Madi from falling through the cracks.

'File some sort of restraining order against them that they can't stop providing the services that they have been providing for them,' said McCoomb.

Children under 21 with developmental disabilities and mental health issues are languishing as well. According to DHHS as of December there are more than eleven hundred kids waiting for behavioral health care services, services that will keep children from losing skills they need to live more independently as adults.

Natasha Suleiman's son Luke is autistic and non-verbal. Luke qualifies for 28 hours of support with a BHP.   When we last saw the family -- Luke gone for months without a BHP -- nearly two years later the situation has not improved. Now 14 Luke has not received support lasting longer than 3 months. His mom worries about what will be available for him when he becomes an adult.

'The kids are not getting the skills they need and they are going to need more services on the other end,' said Suleiman.

There is a bill moving through the legislature that would eliminate wait lists for adults with certain disabilities.  60 million dollars in annual funding to eliminate nearly 2-thousand people waiting for services. Another bill would boost Medicaid reimbursement rates to ease the shortage of qualified direct care workers.

But as for Madi who is number 115 on a waiting list  -- those services may be too little too late. Repetitive behaviors which took years of intervention to overcome are now coming back.

For information on legislation LD 1984 that would clear the waiting lists for Sections 21 and 29.