The flu is now widespread across Maine

It's shaping up to be a particularly severe flu season as the whole state is experiencing the virus. 8 flu deaths have been reported in Maine this season. 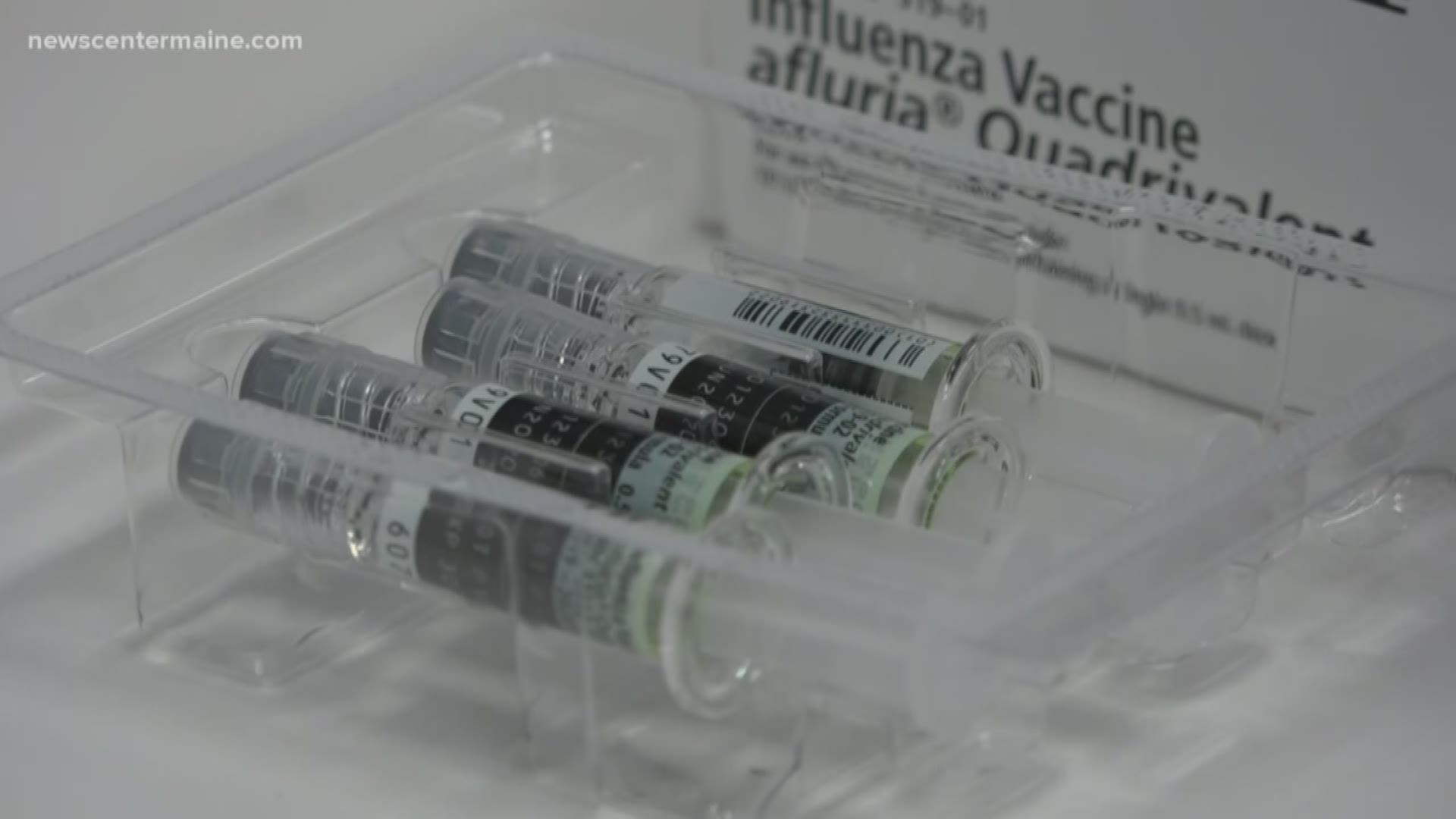 BANGOR, Maine — This year's flu season is proving to be a severe one. Just this week, 29 people in Maine went to the hospital with flu-like symptoms.

The flu is a severe virus that causes respiratory difficulties in people. According to the Maine Department of Health and Human Services, the total deaths this season are eight so far in Maine.

Doctors say it's not too late to get the flu shot, which is the best way to prevent it and if you do get it, it will also lessen the severity of the virus.

"Many people got sick before they even got a chance to get the vaccine.  We've seen many hospitalizations and unfortunately some deaths already," Dr. Dave Koffman, a primary care doctor at St. Joseph's Hospital in Bangor said.

The flu season usually ends by the end of spring and some of the most common symptoms include high fevers, body aches, chills, and a severe cough.

"It typically presents with a very high fever, and body aches and most people will tell me that they felt like they got run over by a truck and it comes on fairly quickly," Dr. Koffman said.

"We still recommend that people get the flu shot all the way through flu season, and that is the single best thing you can do," Dr. James Jarvis, a senior physician at Northern Light Eastern Maine Medical Center in Bangor said.

"Many of the cases we have seen this year have been in people who have not had the vaccine," Dr. Koffman said.

The flu is a respiratory disease considered very contagious. You can get it just by being near a sick person who simply coughs or sneezes.

"To help prevent the spread of flu amongst people in your family, the best thing you can do is what we call "social distancing" which means staying at least three feet away from other individuals..if you have a cough or a sneeze it's to do that into a tissue or into the crook of your elbow," Dr. Jarvis said.

"Here in the state of Maine we've had double the number of cases this time of the year than we usually see," Dr. Jarvis said.