In Tennessee, there have now been 57 cases reported, health officials said. Most of the patients are adolescents and young adults. 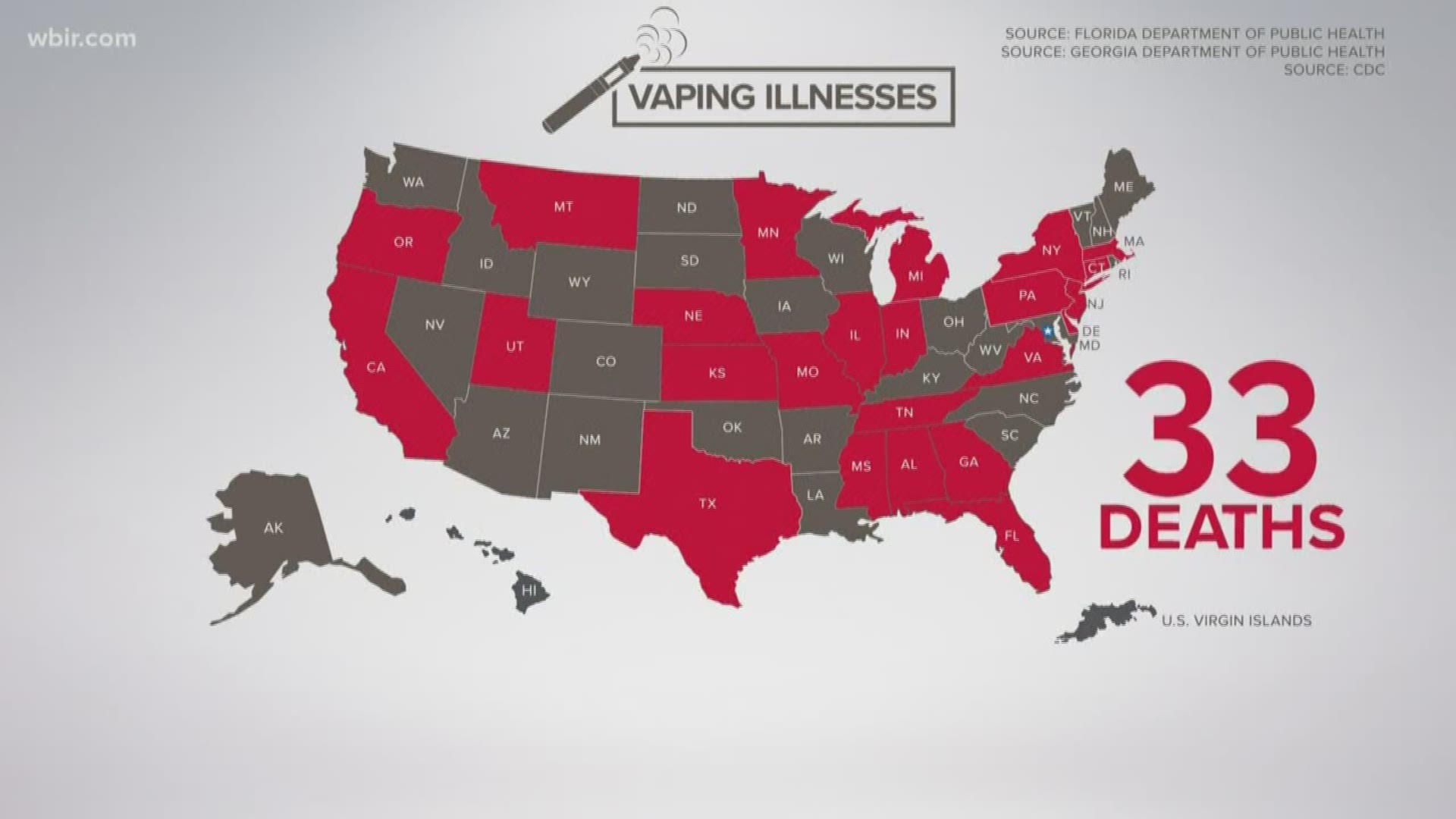 The Tennessee Department of Health reported Thursday its second vaping-associated death in the state.

As of Oct. 24, 57 lung injury cases associated with e-cigarette use or vaping have been reported to the TDH. Of those patients, 68% were male and 79% were under 35 years old.

"To date, national data suggest that products containing THC, particularly those obtained off the street or from other informal sources (e.g., friends, family members, or illicit dealers), are linked to most of the cases and play a major role in the outbreak," the TDH said.

Health officials said the first victim, an adult male in Nashville, had a serious respiratory disease associated with the use of electric cigarettes or other vaping devices, according to the department of health. WSMV reported that the victim was 26 years old.

‘’We are extremely saddened by this loss of life and extend our sincere condolences to the patient’s family,‘’ said Tennessee Health Commissioner Lisa Piercey, MD, MBA, FAAP. ‘’We are working with partners across the country to investigate these cases of vaping-associated illness in Tennessee, and recommend Tennesseans consider refraining from using e-cigarettes or vaping while this investigation is underway.‘’

It comes as the Centers for Disease Control and Prevention and U.S. Food and Drug Administration investigate a cluster of severe pulmonary disease among people who use e-cigarettes or vape.

Health officials said patients associated with this outbreak have had symptoms including cough, shortness of breath and/or chest pain, growing worse over a period of days or weeks before admission to the hospital.

Other symptoms may include fever, fatigue, nausea, vomiting and/or diarrhea.

"All patients have reported using e-cigarette or vaping products. At this time, no single product or substance has been linked to all the lung injury cases and the specific chemical or ingredient causing these injuries remains unknown. In many but not all cases, patients have acknowledged recent use of tetrahydrocannabinol or THC-containing e-cigarette products," a Tennessee Department of Health report said.

If you need help quitting tobacco products including e-cigarettes, contact your health care provider, your local health department or the Tennessee Tobacco QuitLine at 1-800-QUIT-NOW or www.tnquitline.org/.