Study into cancer deaths at Pease Air Force Base released 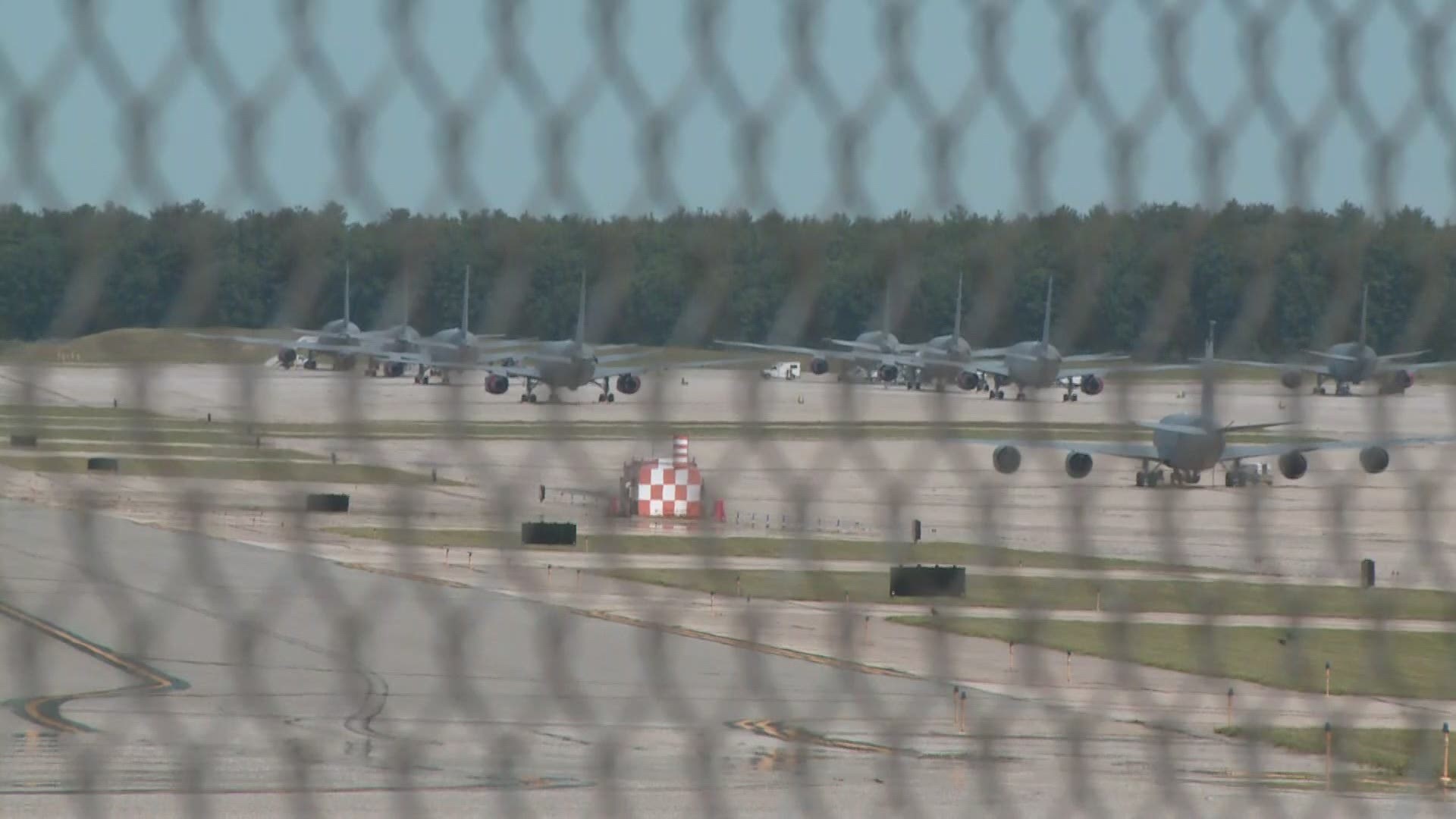 MAINE, USA — The U.S. Air Force has released a study into cancer deaths over the past 50 years among personnel stationed at Pease Air National Guard Base and the former Pease Air Force Base in Portsmouth, New Hampshire.

The Pease Military Cancer Mortality Study was conducted by the Epidemiology Consult Service Division of the U.S. Air Force School of Aerospace Medicine. Air Force epidemiologists examined death records from the base between 1970 and 2018. Out of a little more than 6,100 deaths among Pease members, nearly one-third were from cancer, which is identical to the national average.

But deaths from cancers like lung, prostate, and breast cancer were higher than expected when compared to the U.S. population. Deaths from other cancers, including colorectal, were lower.

Nancy Eaton lost her husband, David, to pancreatic cancer almost nine years ago. Over time, the pain of that loss has deepened.

"My kids didn't need to lose their dad, you know, in their 20's," Nancy said, holding back tears. Her husband, who spent more than three decades with the New Hampshire Air National Guard's 157th Refueling Wing, died shortly after he retired.

Doris Brock's husband, Ken, died in 2017 from bladder cancer after serving nearly 40 years at Pease as an aircraft mechanic. She has been contacted by former airmen and family members dealing with the aftermath of the disease.

Eaton, Brock, and other widows believe the cancers are linked to exposure to PFAS chemicals in the former base's drinking water, fire-fighting foam, and other known carcinogens. Called 'forever chemicals' because they don't break down in the human body or the environment, the industrial compound has been linked in federal health studies to health problems including organ cancers, immune system disruption, and thyroid issues.

NEWS CENTER Maine first spoke with the Pease Widows in November 2018. The group fought for a study to see if Pease personnel had a higher rate of cancer deaths. The study was initiated based on a request from Col. John Pogorek, commander of the 157th Air Refueling Wing.

“I want to thank our many advocates, including our state and federal partners, Department of Defense, congressional delegation, and USAFSAM for completing this study. It is an important step towards addressing the health concerns of the men and women who have worked on Pease Air Force Base and Pease Air National Guard Base,” Pogorek said in a prepared statement.

But the widows say the data just scratches the surface and more studies are needed.

"There are a lot of people who are survivors or who are battling cancer today, that aren't included in these numbers, and how does that compare to the US population," Doris pointed out.

On Wednesday, June 23 at 2 p.m. at the 157th Air Refueling Wing, Air Force officials will go over the results of the study. The event is open to valid military ID cardholders, including members of the New Hampshire Air National Guard, military dependents, and retirees. For more information contact LTC Greg Heilshorn at 603-225-1340.

The Agency for Toxic Substances and Disease Registry is continuing to recruit adults and children who drank water at the Pease Trade Port for the PFAS Pease study.

The study is separate from the Pease Military Cancer Mortality Study. For general information on the PFAS Pease Study being conducted by the ATSDR call 800-CDC-INFO. People interested in signing up for the PFAS Pease Study can call 603-846-6192 to be screened for eligibility.