Question 1 vote about choice, student health and staying in school 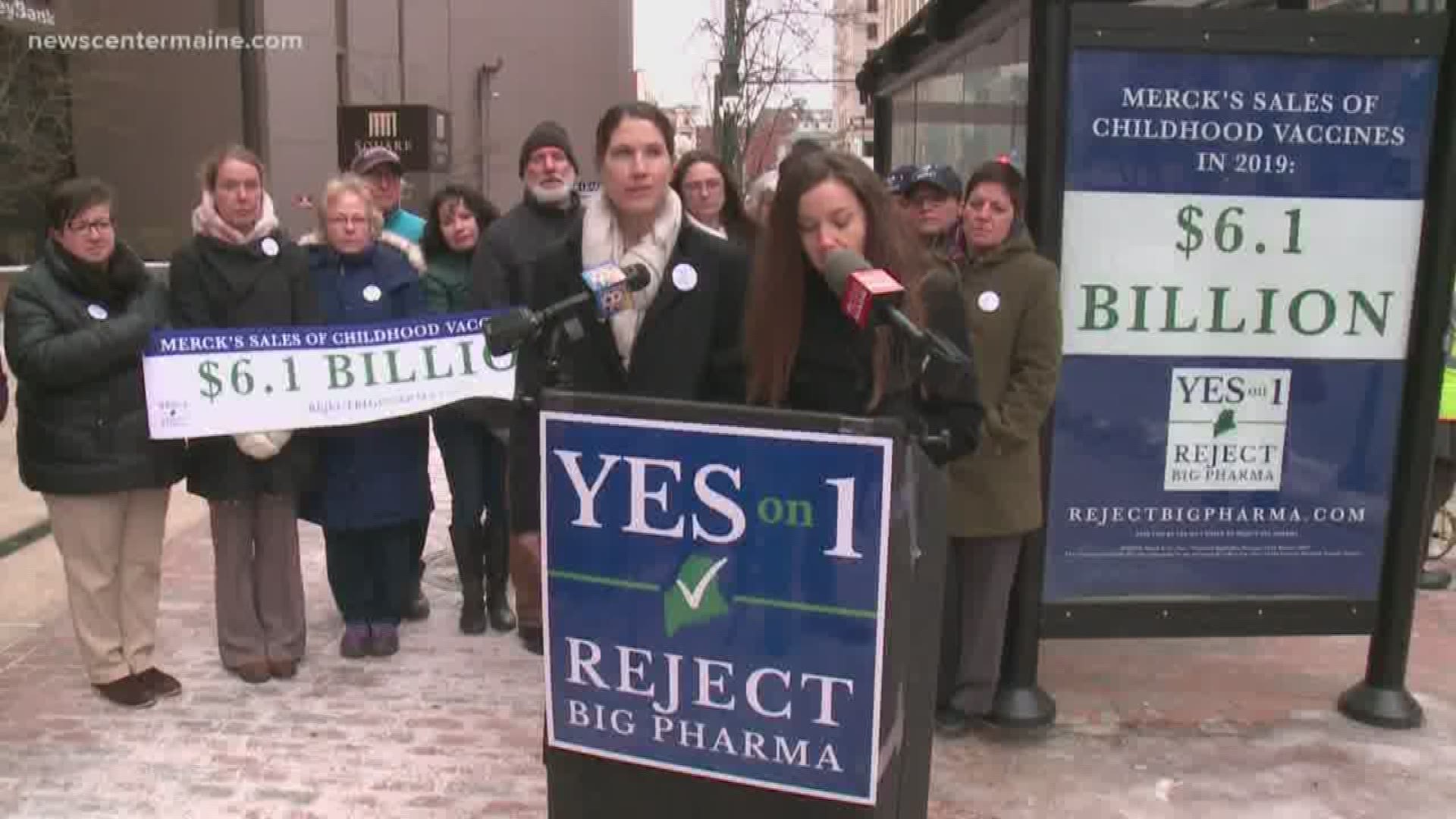 That, in some ways, is the bottom line decision of Question 1, a People’s Veto referendum that seeks to overturn the vaccine law passed last year by the Maine Legislature. That law eliminated two of the three exemptions to Maine’s school vaccine law, leaving only medical exemptions as a way to avoid children being immunized. Children who are not vaccinated and do not have medical exemptions would not be allowed to attend school, affecting all levels from pre-K to college.

Supporters of the Yes on 1 campaign, including Angie Kenney of Hermon, say the choice to vaccinate should be left to the parents. Her 18-month old daughter had a bad reaction to a chickenpox vaccine when she was 18 months old, and Kenney says the little girl lost her ability to walk and even sit up for most of a year. She did eventually recover and is now a healthy teenager.

Kenney says her family received a settlement from the federal government’s National Vaccine Injury Compensation Program but still faces a problem. As a result of the injury, the family doesn’t want to give the girl any more vaccinations. However, the child’s doctor has refused to provide a medical exemption.

“He said it's because there is no proof, essentially, she will have that reaction to other inoculations,” Kenney said.

Stories like that prompted much of the opposition to the new vaccine law passed last year by the Legislature and spurred the Peoples Veto petition drive that has put the issue on Tuesday’s ballot. Kenney and other advocates of Question 1 want to go back to the previous law, which allows exemptions for religious and philosophical reasons, as well as medical. They say parents should be free to choose whether to vaccinate their children.

“If you can’t look at me and guarantee what you’re injecting into my child isn’t going to harm them, then I deserve a choice,” said Kenney.

Most of Maine’s medical community, and many school officials, however, want the referendum defeated. They cite data from the Maine CDC showing the “opt out” rate of parents not vaccinating children has increased, and they say that is putting other children and schools at risk of disease outbreaks.

Jill Webber, the school nurse at Yarmouth’s William Rowe School, says she has seen an increase in children who are not fully immunized.

“I am a believer in vaccines,” said Webber. “I have seen children suffer from illnesses we have essentially eradicated…and it makes me sad because I know we have a way to protect children from these illnesses, and I fear more of them will return.”

Maine still has a roughly 95 percent vaccination rate among kindergarten students, which is considered by doctors the essential level to maintain “herd immunity”, meaning most of the population has been vaccinated against those childhood diseases. But pediatrician Dr. Lisa Ryan says as opt out rates slowly increase that population immunity is at risk, a major reason she and many other doctors support the new vaccine law.“All it takes is one child with a vaccine preventable illness to enter that community and cause an outbreak,” said Ryan.

For parents supporting Yes on 1, the school itself is the other major issue. The law they seek to overturn would prohibit unvaccinated children from attending school, from pre-K level up to college. That is leading Angie Kenney’s aunt and uncle, Sarah and Leo Kenney, to worry they might have to leave Maine. The couple has three children, two fully immunized and a 14-year old missing one vaccination because of an immune system concern. Sarah Kenney says the doctor has refused to give a medical exemption, and they do not want to get her vaccinated. They say it is a dilemma faced by hundreds of parents with worries about vaccines.

“Because there’s no way that I’m gonna be forced to potentially endanger my child for this law, no way,” said Leo Kenney.

But Dr. Ryan and others say the concern needs to be for the community at large, rather than the individual.

“I think the issue comes to the fact you don’t have the option to choose what happens to all the children your child is around,” Ryan said.

Maine voters will make their choice Tuesday. A Yes vote rejects the vaccine law passed last year. A No vote keeps that law in place.