Ed Suslovic, a lifelong blood donor, may soon be in need of a blood transfusion as he continues his chemotherapy treatment 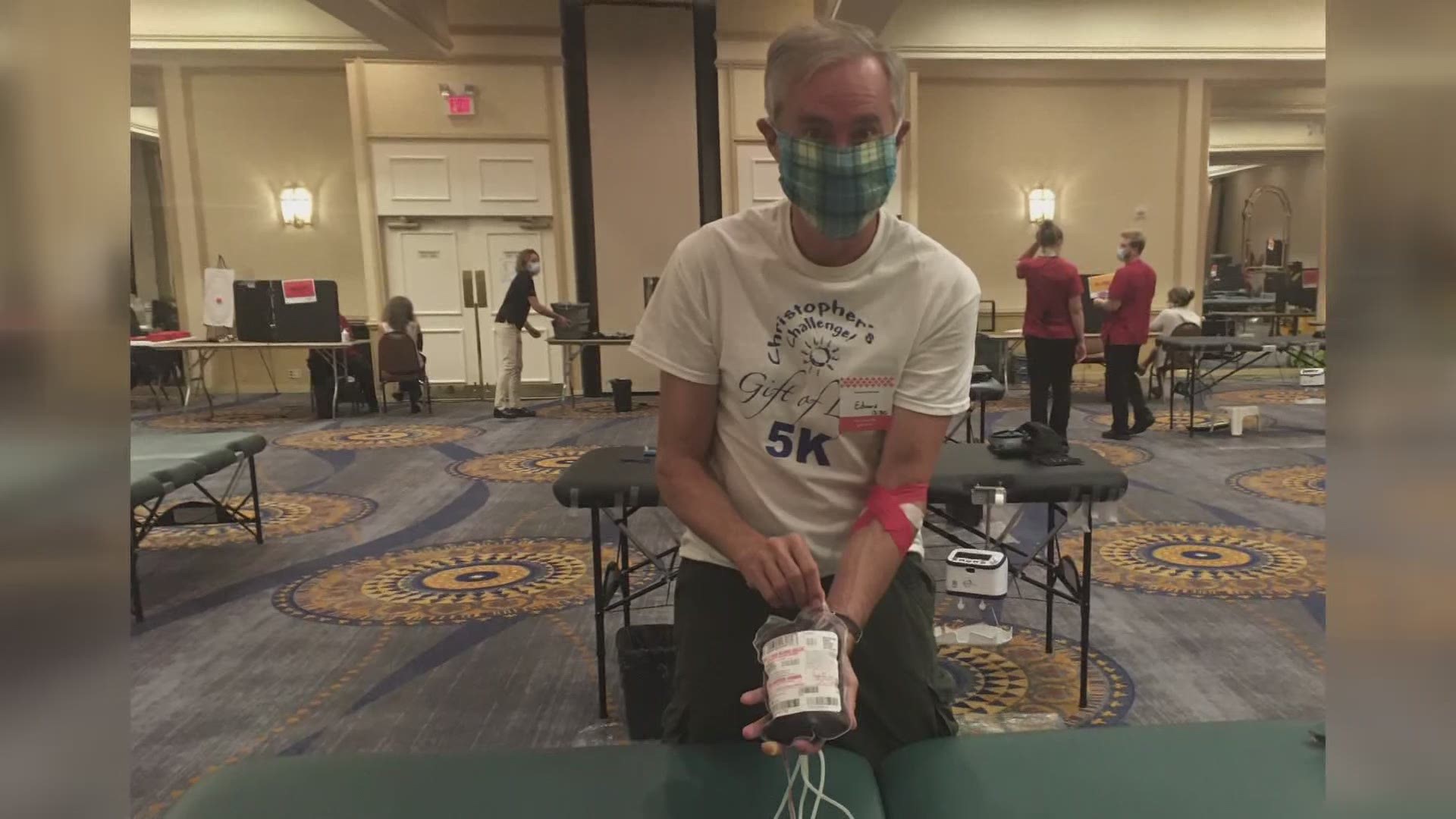 PORTLAND, Maine — To put it simply, Ed Suscovic is a giving person. He first started donating blood in high school in the 1970s. He's donated platelets, blood, and even bone marrow that went to save the life of a 10-year-old boy. He's donated blood throughout the pandemic as well, as the need for donors surges. But that all changed this winter.

"It was very frustrating because I've always been a donor. I've donated blood, platelets, bone marrow and now a kidney, or so I thought," said Suslovic.

In October 2020, NEWS CENTER Maine shared the story of Sheldon Tepler, who found out his neighbor of 20 years was on dialysis and on the organ transplant waiting list for a kidney, so he offered to donate one of his kidneys. The pair ended up being a match and surgery was successful.

Ed Suslovic saw that story. Being the giving man he is, that inspired him to try and donate a kidney of his own to a friend of his, METRO board of director colleague John Thompson.

Ed has donated blood since he was in high school. He's even donated bone marrow that helped save a 10 year old, nearly 23 years ago. Now he's unable to give blood himself, and may need to rely on the generosity of another @newscentermaine pic.twitter.com/7tiJEpn2Tg

It was during that process however that Suslovic found out he is not a match with Thompson, and there was a concerning problem in his blood.

RELATED: Inspired by a stranger, Portland man tries to donate a kidney to help a friend

"I now have a rare type of leukemia," said Suslovic.

His cancer is called hairy cell leukemia. According to the Mayo Clinic, hairy cell leukemia is a rare, slow-growing cancer of the blood in which your bone marrow makes too many B cells, a type of white blood cell that fights infection. These excess B cells are abnormal and look "hairy" under a microscope. As the number of leukemia cells increases, fewer healthy white blood cells, red blood cells, and platelets are produced.

For Suslovic, it means this lifelong blood donor is now unable to give blood. He's currently underway with chemotherapy treatment, and may soon be in need of a blood transfusion

"Frankly, I never really thought about what it was like to be on the receiving end all of these times laying on the cot donating blood or platelets," said Suslovic.

Now, after NEWS CENTER Maine's Red Cross Blood Drive which helped collect 232 units of blood that will save up to 696 lives, Suslovic is encouraging all to continue donating, to help someone potentially in need of a lifesaving donation like him.

"Most people have never donated blood before. As I look at my future I'm very thankful that some people are, but boy we need more," said Suslovic. "There's no blood factory. The only way to get it is from other, live human beings, that care enough to take an hour out of their day and roll up their sleeve."