PFAS chemicals showing up in public water supplies in Maine, according to CDC

Maine CDC found the so-called “forever chemicals” in 9 out of 19 water supplies tested so far this year. 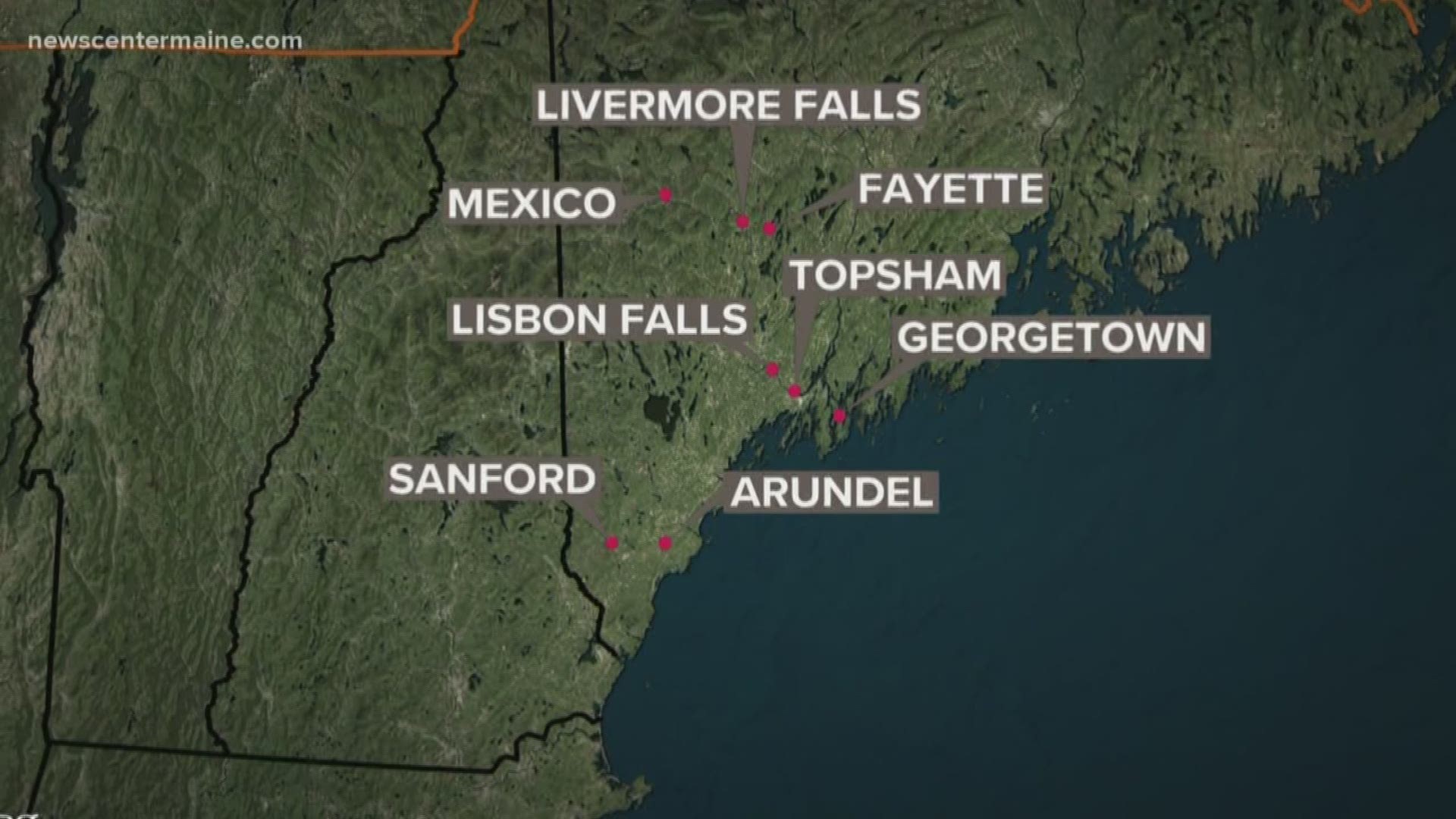 MAINE, USA — The report from Maine’s Center for Disease Control was handed to the governor’s task force on Tuesday. It found the so-called “forever chemicals” in the water supplies of 9 Maine water supplies out of 19 water systems tested so far this year.

Among the towns where PFAS was found were:

Of the nine communities where PFAS was found, the highest concentrations were at the Lisbon Water District, The Pejepscot School in Topsham and the Georgetown Central School. However, all the levels were well below the 70 parts-per-trillion limits recommended by the Environmental Protection Agency.

NEWS CENTER Maine asked Mike Belliveau of the Environmental Health Strategy Center how the chemicals are ending up in those water supplies.

He says, "These chemicals have been widely used -- and are still used -- in our state. Not only at paper mills to make grease-resistant food packaging but also in firefighting foam at airports, but even in floor waxes used on gym floors that can run off and contaminate the well.”

Governor Janet Mills formed the task force after Belliveau’s group joined forces with a farmer in Arundel who said PFAS chemicals destroyed his dairy farm. They were in the bio-sludge that Fred Stone was paid to spread onto his fields as fertilizer for decades. The sludge came from paper mills and wastewater treatment plants.

As for this week’s water test results from Maine’s CDC, Mike Belliveau says they’re indicators of a much bigger problem that needs to be addressed.

“Unfortunately, Maine has no enforceable drinking water standards,” Belliveau says, “and we should. And we hope the state will step up and make some safety determinations that will drive down the exposure to these chemicals.”

But there may be push-back on those statewide standards. During this latest round of water testing by Maine CDC, more than a dozen local water districts declined to let their water be tested for PFAS.

RELATED: State officials wants to crack down on PFAS polluters