Pertussis is widespread in Maine

A University of New England professor has been researching Whooping Cough to find out, in part, why it is making a big comeback 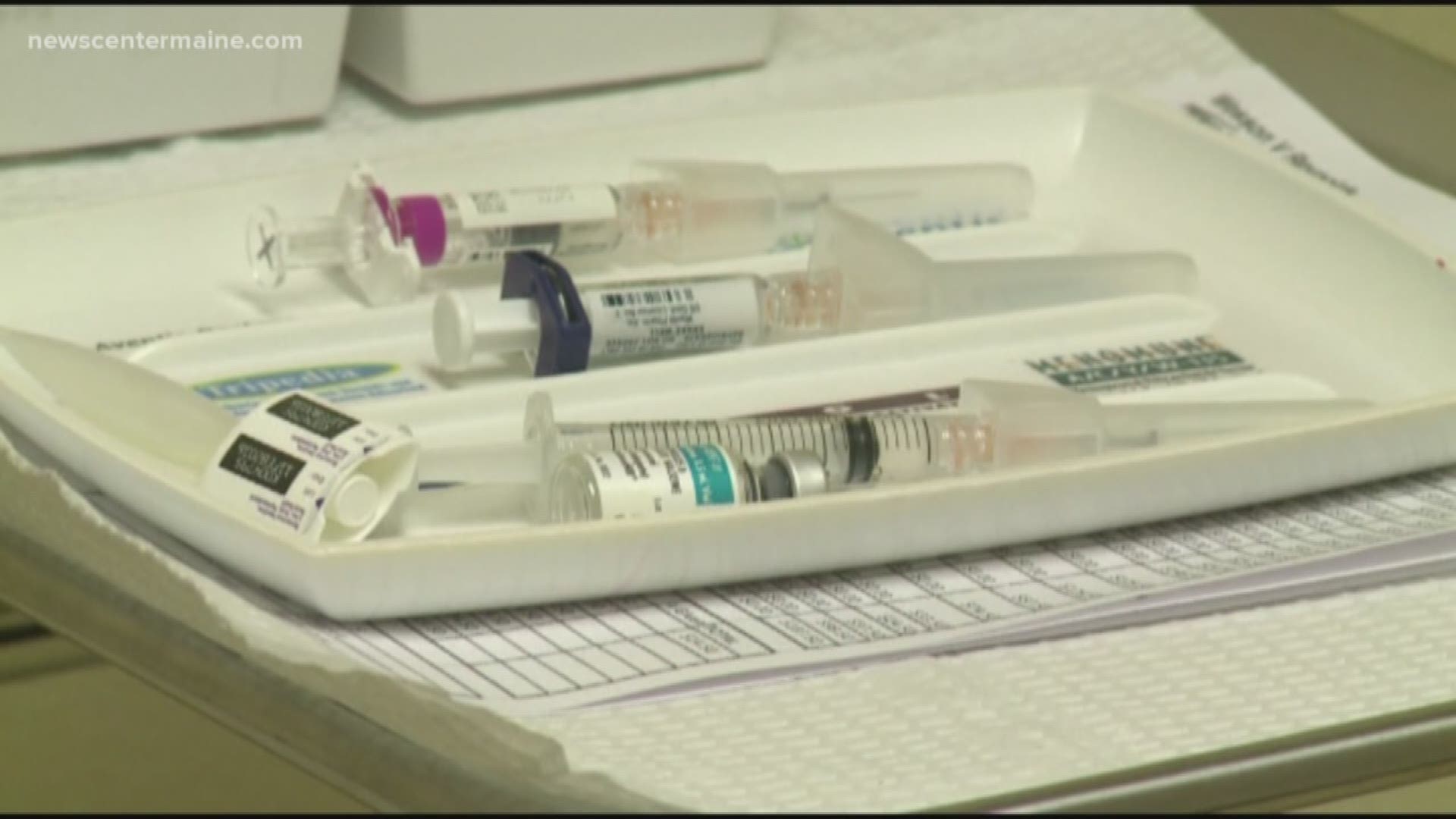 BIDDEFORD, Maine — Maine is seeing a rise in Pertussis outbreaks.

Last month alone, there were 40 confirmed cases of Pertussis in Maine, compared to 16 in February last year.

Pertussis, or Whooping Cough, is a highly contagious respiratory disease that is life-threatening for children. Currently, there are Pertussis outbreaks at Falmouth High School, Thornton Academy in Saco, and Great Salt Bay Community School in Damariscotta.

Falmouth High School postponed its district chorus concert, scheduled for later in the week, Monday afternoon. In an email, Falmouth Public Schools operations supervisor Jessica Duplisea cited the outbreak of Pertussis -- 11 confirmed cases, up from seven Monday morning -- as the reason for cancellation.

Dr. Meghan May, a professor, and infectious disease expert at the University of New England has been researching the disease to find out, in part, why it is making a big comeback.

"If you have an unvaccinated and untreated person, it has about a 40 percent mortality rate, meaning 40 percent of people who get it will die. That's not trivial at all," said May.

May wanted to know why Maine has so many Pertussis cases, particularly in vaccinated children -- so, she researched it.

What May discovered is that some patients who had been vaccinated still got Pertussis because the strain they received had mutated, and the vaccine didn't work.

"These guys seem to be exhibiting elevated and accelerated rates of mutation, and they are evolving faster than the rest of the pertussis genome," said May.

It's not evident why Pertussis rates are so high in Maine, but Dr. May says unvaccinated schoolchildren could be the reason. Maine has one of the worst vaccination rates for children entering Kindergarten in the nation.

Dr. May says the main reason diseases like Pertussis are spreading and mutating is that they get a chance to do so among unvaccinated people.

"If we did not have the strains circulating in the population, that would never have happened," May said.

Dr. May is hoping her research might lead to an improved vaccine.

"If we can change and adapt the vaccine, we would hope coverage would be higher," said May. "Then we wouldn't wind up in the same situation again 10 years from now."

"My lens is not just a scientist. It's a mom, and it's also a mom who has seen lung slides from babies with Pertussis," said May. "If you've ever seen them, you would never risk that for your child."

Dr. May's research paper is expected to be published in a medical journal this spring.

The Maine Legislature is considering a controversial bill that would eliminate the philosophic and religious exemptions that allow parents to opt out of vaccinating their school-age children.

RELATED: Hundreds of Mainers descend upon the State House to testify about vaccine bill

If approved, Maine would be the 4th state to ban all non-medical exemptions for school-required vaccines.