Person with measles visited these 2 Maine businesses on March 27: CDC 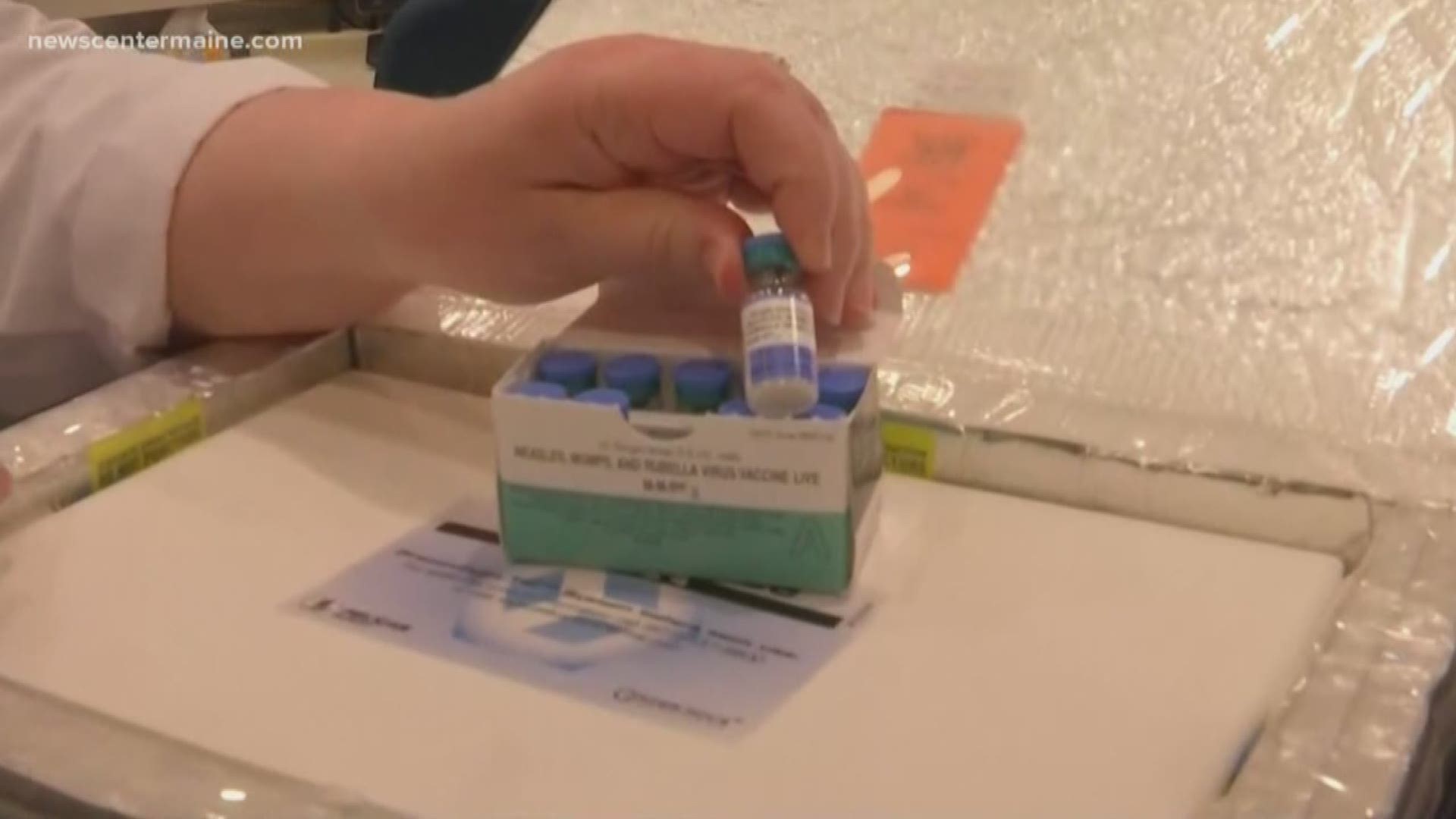 AUGUSTA, Maine — An alert was issued Tuesday by the Maine Center for Disease Control and Prevention (Maine CDC), notifying people in southern Maine of a potential exposure to measles.

Maine CDC says it was notified on April 1 by the Massachusetts Department of Public Health of a confirmed case of measles in a Massachusetts resident, who had visited two Maine businesses last Wednesday, March 27.

The two facilities were then contacted by Maine CDC in an effort to ensure individuals who were potentially exposed were made aware.

The agency says those who were at the locations listed below on March 27 during the following time periods were potentially exposed:

Measles is a highly contagious viral disease characterized by fever; cough; runny nose; and red, watery eyes followed by a rash that spreads from the head to the trunk to the lower extremities, the agency says. It can cause severe health complications including pneumonia, encephalitis and death.

RELATED: Maine CDC: Get vaccinated to stop spread of measles
RELATED: Measles outbreak on bus traveling from Boston to N.H.

The incubation period is typically 10-14 days, but can be as long as 21 days.

People potentially exposed should review their vaccine history and monitor for symptoms. Those who have not been immunized or do not know their measles immunization status should get vaccinated with at least one dose of measles, mumps, and rubella vaccine to protect from subsequent exposures.

RELATED: Measles count in US this year already more than all of 2018
RELATED: Maine schools seeing uptick in cases of whooping cough

Those who were exposed and begin to develop symptoms should contact their health providers for instructions before arriving at the providers’ offices or hospitals, to ensure precautions are taken to prevent further infection.

If symptoms are consistent with the disease, testing may be performed to determine whether the individual is infected. Individuals without symptoms should not be tested.

The last reported case of measles in Maine was in 2017 in an individual who acquired it after traveling overseas.