Pediatric yoga and meditation for sick kids in Maine

Children at Barbara Bush Children's Hospital get the chance to practice yoga, meditation, and movement to help as they fight cancer and serious illness. 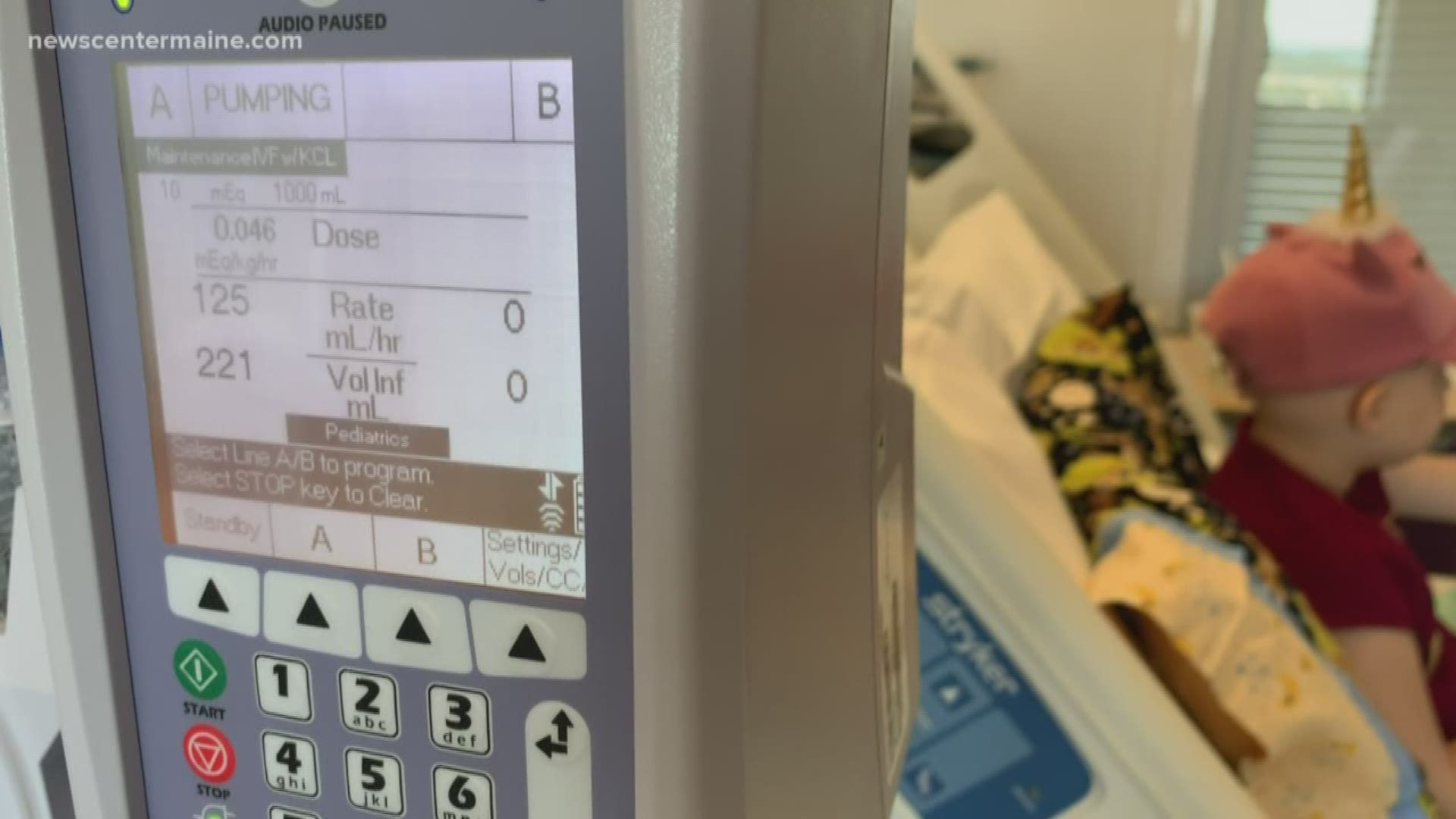 PORTLAND, Maine — Yoga and meditation are practiced around the world by people in search of zen. But at the Barbara Bush Children’s Hospital, it is being offered to help kids fighting cancer and serious illnesses.

Karsyn Mann has been fighting osteosarcoma, a cancer that shows up in bones since February. On a Friday in July, Jill McMann walks into Karsyn's room and asks her if she wants to work on some breathing techniques.

McMann's calm voice instructs Karsyn to "breathe in 1,2,3," as the two count the seconds on their fingers. Karsyn yawns as she relaxes in her hospital bed. The 7-year-old is more than halfway through her chemotherapy. 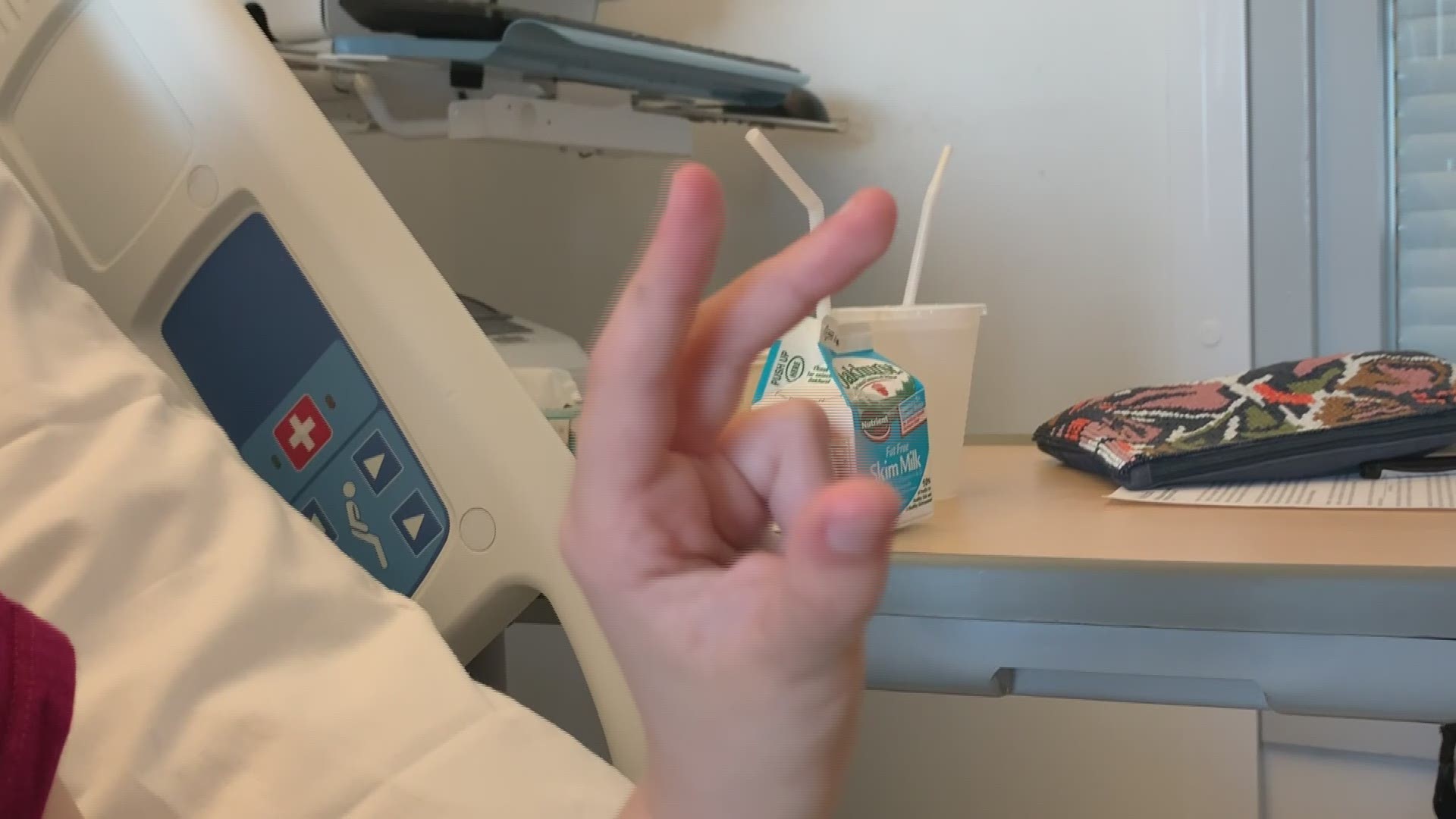 "That’s a good breathe you can do anytime you are feeling overwhelmed worried, angry, any of those big feelings," McMann explains.

At the end of May, Karsyn’s left foot was amputated. Since then she has been fitted with a prosthetic leg and been running around like a champ.

"Karsyn is just an amazing kid," McMann who is a Dance Movement Therapist lights up when I ask her about Karsyn's progress. She thinks the breathwork and movement has helped Karsyn on her journey. McMann has been working with patients at  Barbara Bush Children’s Hospital every Friday for the last year.

McMann says moving helps the kids who have been in the hospital for days on end.

"The hospital environment can be really scary," says Child Life Specialist Bethany Sweet. She says McMann helps patients feel safe and encourages kids who decline to work with her at first to get out of their beds, move, do yoga and breathe work. Hospital donations allow McMann to come to the hospital weekly.

Sweet says McMann is someone fun who is non-medical, no scrubs, no stethoscope who invites children to play which is exactly what they do when they are not in a hospital. Children like Arianna Abbot.

Arianna had been in the hospital for 10 days when she went to play with McMann, pulling her IV behind her.

McMann led the smiley five-year-old in a series of activities that included breathing, yoga stretching and movement games, even some dancing.  Arianna beamed as she showed off her floss moves. 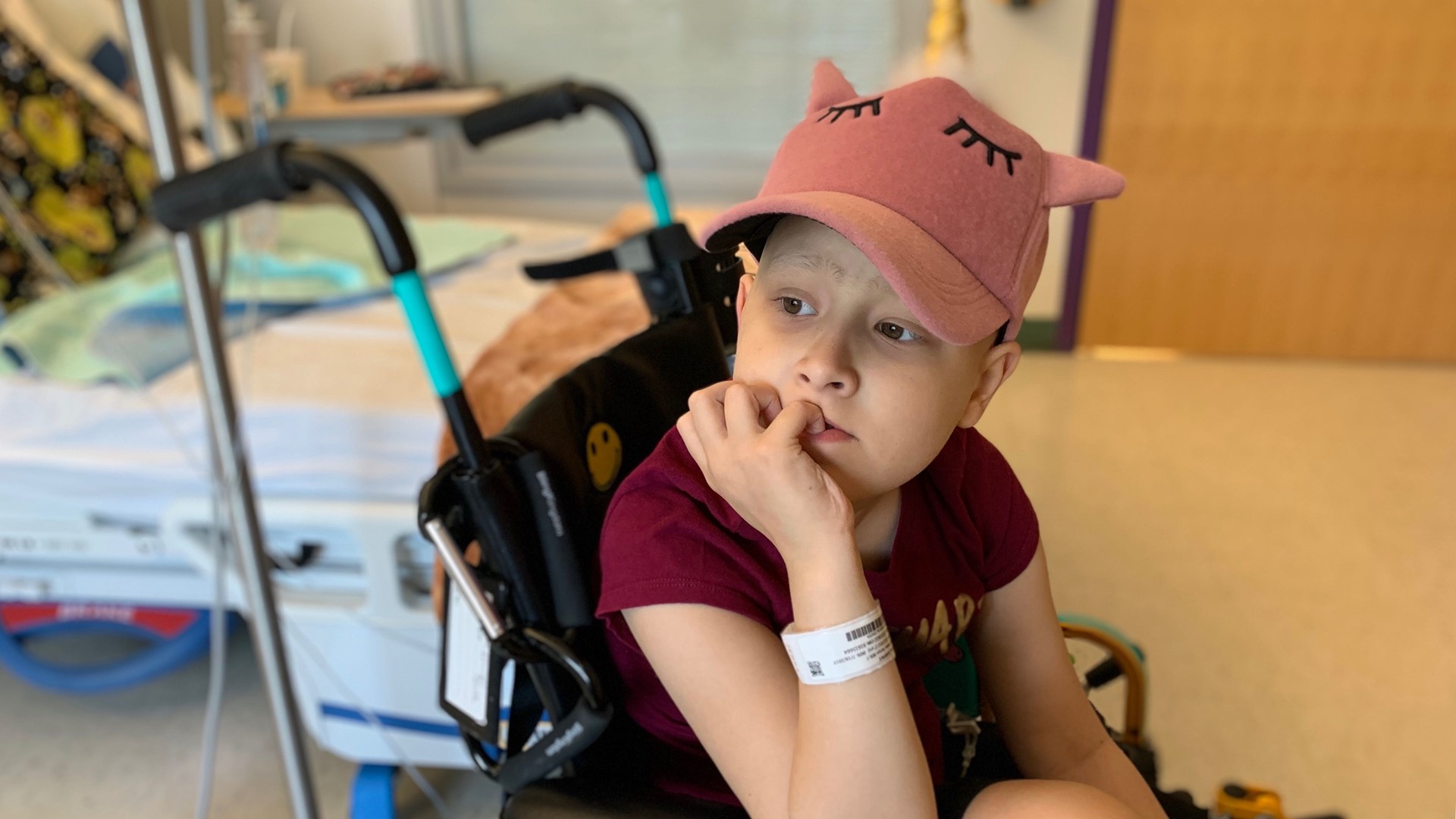 Arianna has been in the hospital with an inflamed bladder her mother says.

"She’s been in pain so sometimes just moving she gets into a lot of pain and just seeing her moving, laughing, giggling, really makes me happy," says Lindsey Abbot, Arianna's mother.

Setting aside the health benefits, and the improved moods of kids after they spend time with the calm McMann, they also may, even if just for a moment forget they are in the hospital at all.