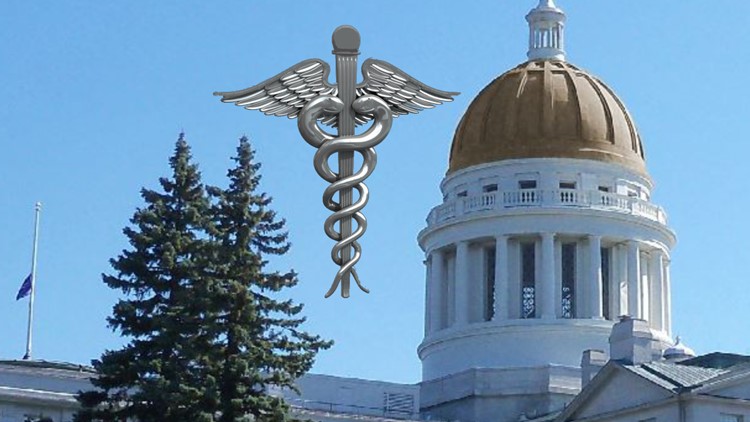 AUGUSTA, Maine — The Maine Board of Licensure in Medicine (Board) and the Office of Attorney General entered into a Consent Agreement with two physicians on Tuesday for the immediate permanent surrender of their Maine medical licenses.

According to a press release issued by the Board, Dr. Hugh MacDonald, who specialized in family practice, hospice, and palliative medicine practiced in Newmarket, N.H., was initially suspended in June 2018 after he was arrested in N.H. for several counts of aggravated felonious sexual assault and sexual assault of a patient.

Dr. MacDonald was convicted of four counts of aggravated felonious sexual assault in September 2019, and was sentenced to 5 to 10 years in prison.

The consent agreement laid out by the Board states Dr. MacDonald was arrested in 2018 for several counts of aggravated felonious sexual assault of a patient who suffers from multiple mental health disorders.

In a separate press release, Dr. Brandt Rice, MD, a family practice physician who practiced in Brooklin, Maine, and Montgomery, Md, also surrendered his Maine medical license. Dr. Rice was found guilty of possession with intent to distribute Oxycodone in Md., and it’s believed he may have issued over 200 fraudulent prescriptions for controlled substances between 2014 and 2017.

The consent agreement that lays out facts and reasons why the license was surrendered, it’s cited that a patient alleged Dr. Rice to be “liberal in handing out samples of benzodiazepines and non-benzodiazepines as well as opiates.” According to the statement, this led the patient to become physically dependent on Xanax.

The board’s findings also confirmed that Dr. Rice issued 200 prescriptions of Oxycodone and other controlled substances over the span of three years to a patient that further investigation indicated did not exist.

The Board consists of six physicians, three public members, and a physician assistant appointed by the Governor.