Veterans of the Air Force and Air National Guard want to know if their health problems are connected to long-term exposure to industrial chemicals and contaminated drinking water at Pease Air Force Base. 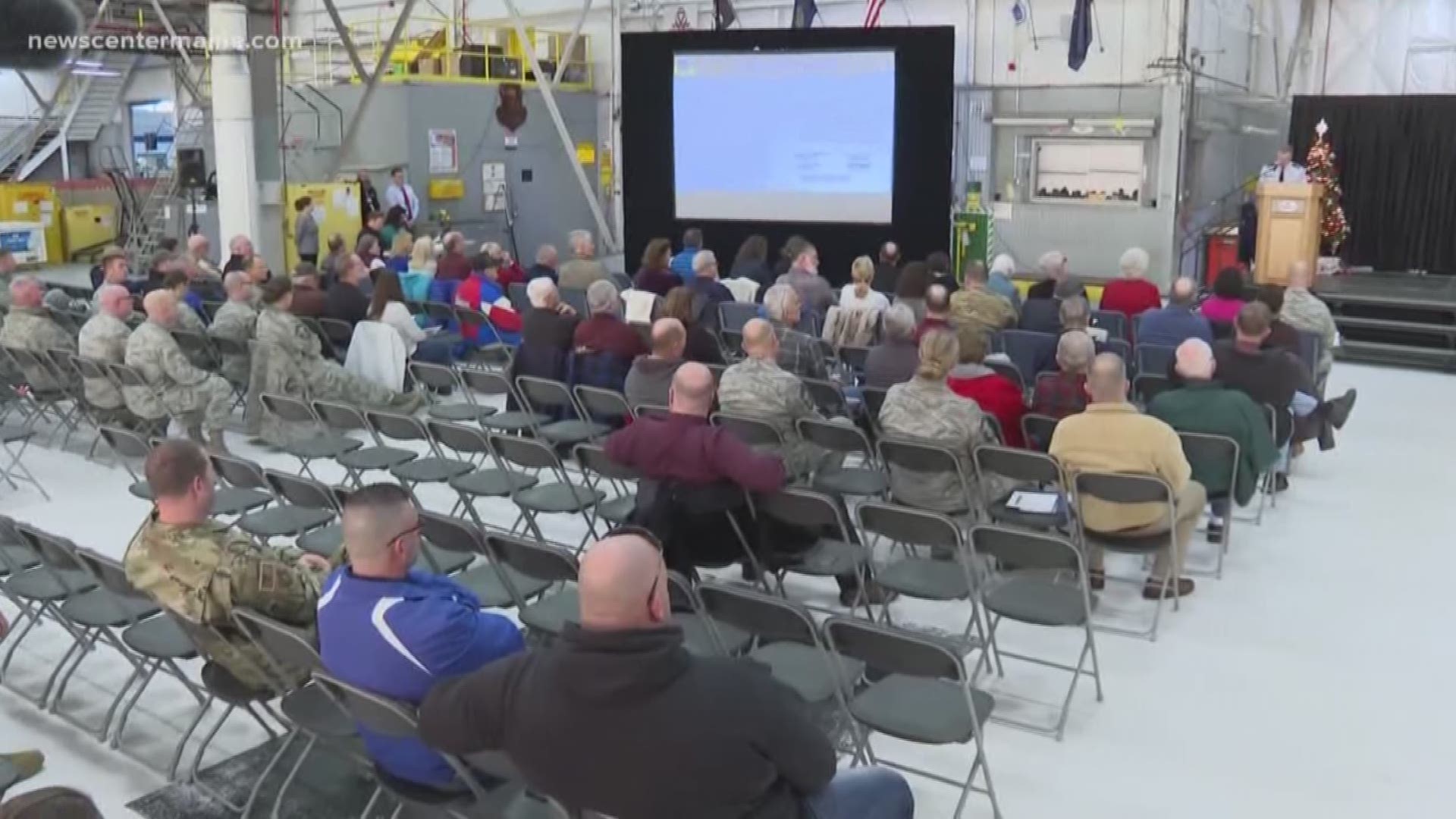 A number of the veterans are dealing with organ-related cancers. They want to know if their health problems are connected to long-term exposure to industrial chemicals and contaminated drinking water at Pease Air Force Base.

Dozens of people told their stories before a panel of federal and state health experts. Some retirees served at Pease in the Air Force in the late '70s and early '80s and remember a high number of children being born with birth defects.

The panel also heard from widows of airmen who served as aircraft mechanics with the 157th Refueling Wing. They say their husbands handled more than a dozen industrial chemicals without protective gear for years. Many also drank water contaminated with PFAS chemicals.

Connie Peterson from South Berwick says her husband Wayne's cancer spread to from his spleen to his pancreas — just months after leaving the Guard.

Retirees will also get a chance to be placed on the state's cancer registry. Members of the New Hampshire congressional delegation are also calling on the DOD and the VA to assess the cancer rates among retirees.

For more information on signing up on the cancer registry, go to nh.gov/nhveterans