Maine Wild Blueberry industry launches campaign encouraging people to add wild blueberries to their breakfast, setting themselves up for a healthy day. 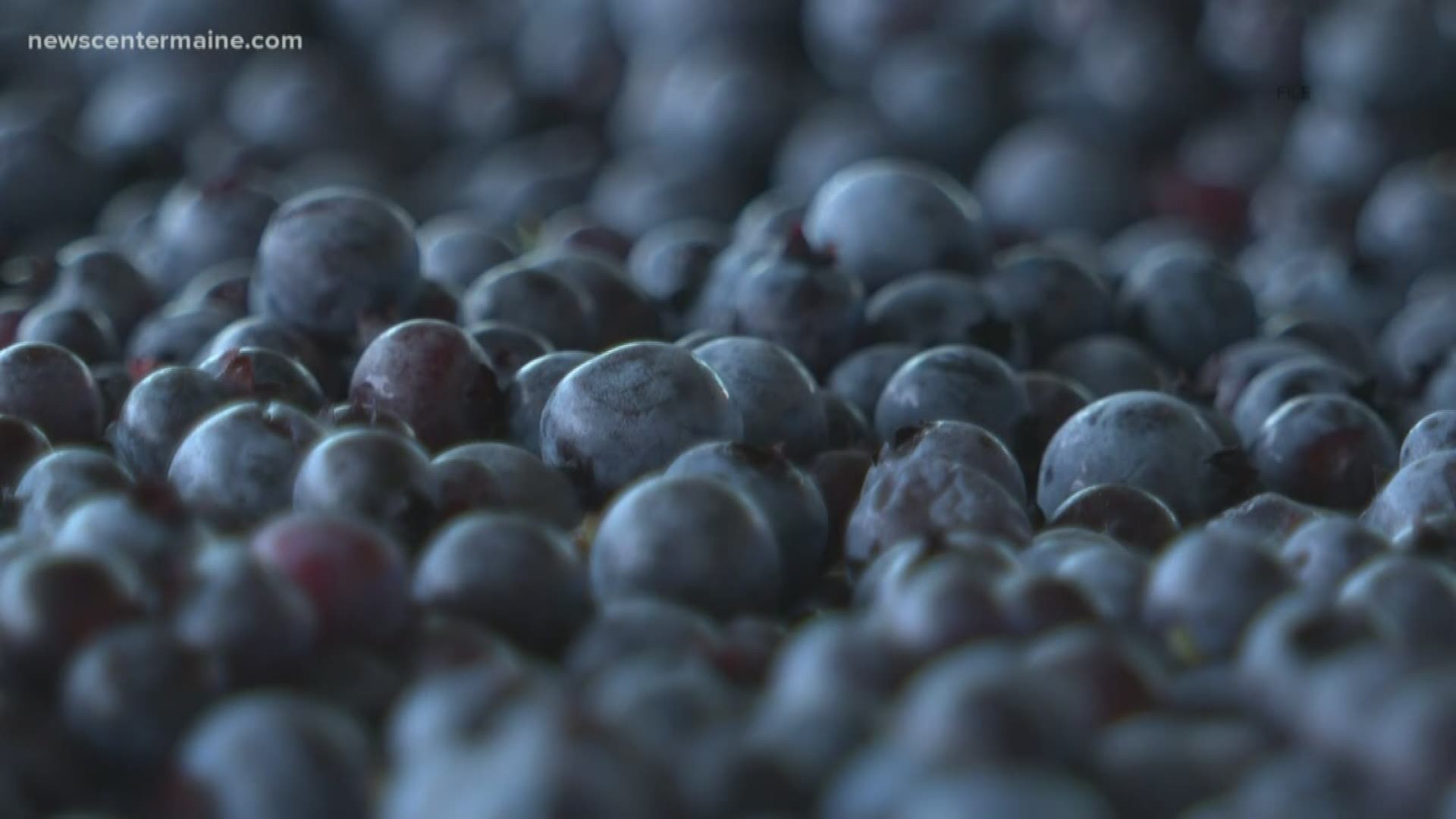 ELLSWORTH, Maine — Wild Blueberries are considered a symbol of Maine. They have been harvested in the state for centuries.

During harvest season, 99% of the crop is frozen at the peak of freshness, within 24 hours after they're picked.

Maine winters give wild blueberries a high level of antioxidants and sweet taste. It's one of the most important stages of production.

"Winter is important, we want a lot of snow for wild blueberries," said Merrill.

The wild blueberry industry in Maine has been struggling for various reasons. At the top of that list: competition.

"The market is saturated for frozen fruit because there are so many high bush blueberry farms out there now," said Dr. Lily Calderwood, University of Maine's Wild Blueberry Specialist and Assistant Professor of Horticulture.

Merrill says it's because various manufacturing costs, like minimum wage, have been rising in Maine.

"It's harder for wild blueberry farmers to stay in business when your costs are rising but you are not getting as much for the product that you are producing," said Merrill.

On Saturday in Bangor, the University of Maine hosted a wild blueberry conference. Farmers and researchers discussed the challenges the Maine wild blueberry industry is facing.

"To have this interaction where farmers can talk to other farmers and talk to stakeholders to really strengthening the industry," said Dr. Calderwood.

The Wild Blueberry Association of North America thinks one solution to the industry's challenges is encouraging people to eat more blueberries, especially during breakfast.

A new promotional campaign by the Wild Blueberry Association of North America encourages parents to add wild blueberries to their kids' breakfast plates.

The hope is that introducing kids to the berry at an early age will get kids into the habit of eating and adding wild blueberries to their diet.

"Some of the greatest research that's been done particularly in kids was found that if you feed school-aged children a wild blueberry drink say a smoothie, with wild blueberries in it every day, you're going to find much better concentration, focus, attention, it changes their mood. It helps their memory and it helps their retention of facts," said Merrill.

The campaign focuses on the health benefits of the wild blueberry and how it's linked with improving vascular function, heart and brain health, lowering blood pressure and enhancing memory.

And it's not just kids who researchers say benefit from wild blueberries.

"We have millennials coming into the market place now and millennials now take up the majority of the buying population," said Dr. Calderwood.

RELATED: Maine's berries and potatoes on the menu for Open Farm Day