904 infants were born affected by drugs in 2018, according to Maine DHHS. 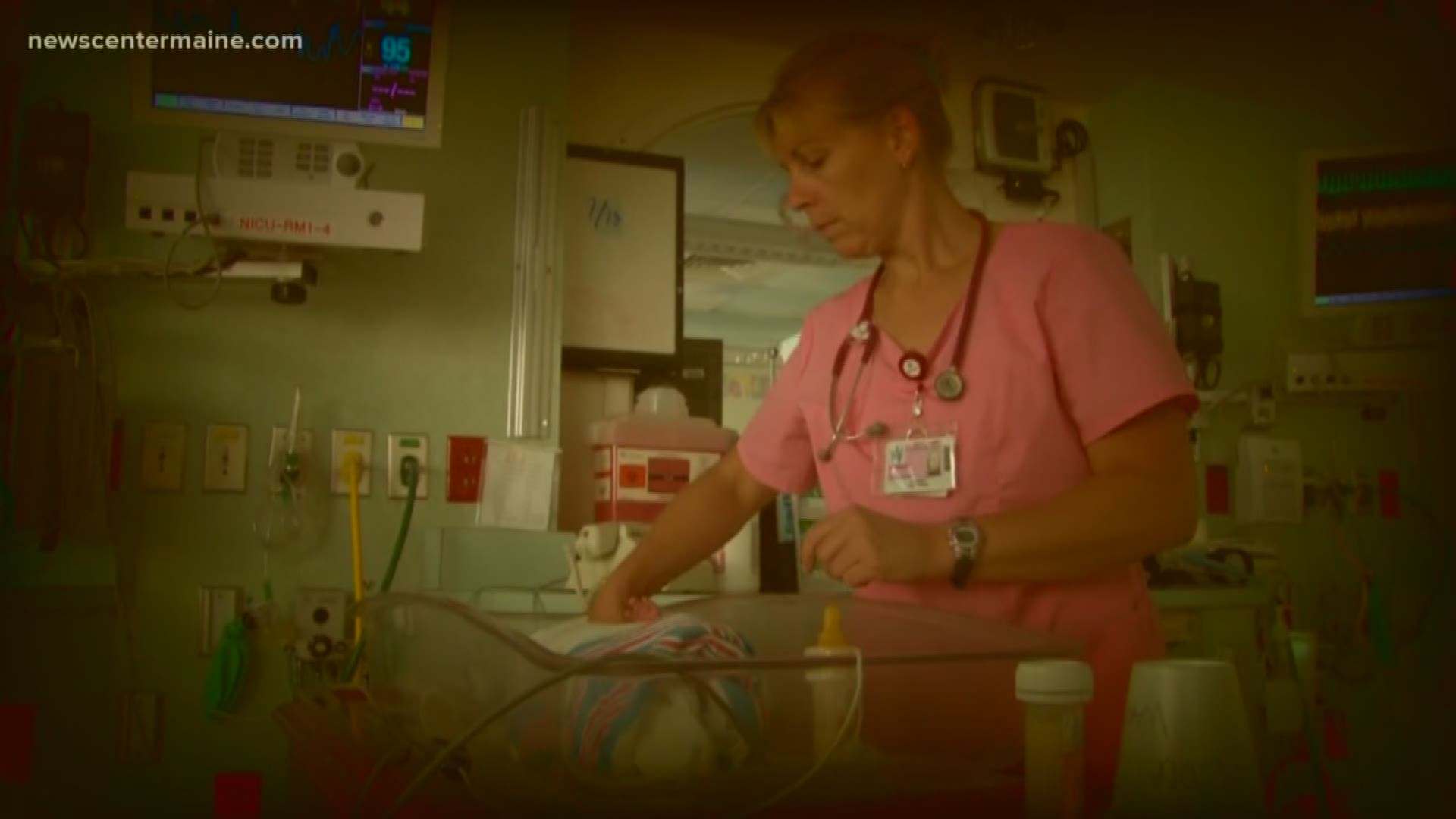 BANGOR, Maine — Community members were upset to learn of the infant who overdosed on methamphetamine through its mother's breast milk back in December.

Since news broke two weeks ago, many people have been wondering what's being done to keep something like this from happening again, and what help is available to mothers in Maine who are suffering from substance use disorder.

Medical professionals say addiction can present itself at any point in a woman's life, before, during, or after pregnancy.

“Moms with substance use disorders come into the medical setting in any number of ways," said Mark Moran, family support services coordinator at Northern Light Eastern Maine Medical Center. "Certainly it could be during the baby's neonatal period or infancy when something like this could happen."

Moran and his colleagues work with mothers battling addiction to find resources that will help keep themselves and their babies safe from harm.

"I'm a woman in long term recovery and for me what that means is today mom and dad get their daughter back," Kalel said.

The Bangor mother of a 7-month-old of her own spoke confidently, but wouldn't divulge every detail of her recovery.

Kalel was a person in recovery long before she became a mother, but her daughter, Trinity, is the reason she's most thankful for her sobriety now.

"My daughter will never have to see me under the influence of illegal drugs and that's a beautiful thing," Kalel said.

Hers is a success story but not all mothers suffering from substance use disorder are in the same shoes.

According to Maine's Department of Health and Human Services Office of Child and Family Services, 904 infants were born affected by drugs in 2018.

It's about 8 percent of all babies born in the state that year, according to Gov. Janet Mills, who in Wednesday's executive order said three infants are born affected by their mother's addiction every day.

"A breast-fed baby receives some of everything that a mother eats, drinks, inhales, or injects," said Sarah Hand, lactation and perinatal education coordinator at NLEMMC.

Hand is in the hospital room with mothers and their newborns right after delivery, often times in the happiest moments for a family.

"We do see mothers going through all different phases in life," he said. "We try to meet them where they are at. We try to give them the resources and the help that they need and help that mom to feel comfortable and confident in taking care of her baby when she discharges and to follow up with any care she might need afterwards."

Moran has to come into the picture at some of the worst times to "be a voice for the folks who don't have a voice of their own," he said. "The babies; the mothers at times."

Moran works with families in distress, often after a child is brought into the hospital under suspicion of abuse or neglect.

Moran works with mothers "to be able to talk about her problems and not be judged or put down or, you know, 'you're a horrible mother, look at what you're doing to your baby,' and these sorts of things that women hear sometimes."

Like Kalel, Moran is working to eliminate the stigma associated with addiction and hopes others keep a non-judgemental approach with those suffering from substance use disorder.

"Even when I was being revived from narcan [and] even when I was in a jail cell, my life still had value," Kalel said. "I was worthy of life and I think that that's really important for people to realize because we do get better. We recover and we become community members that do amazing things."

The Bangor mother whose baby overdosed on meth is facing charges of aggravated drug furnishing and endangering the welfare of a child, but was never arrested by police.

The hope is that this mother seeks help and treatment, just as Kalel once did, before her next scheduled court appearance Feb. 20.

Mothers interested in treatment and recovery options can find more information at the Bangor Area Recovery Network and Young People in Recovery Brewer.