The grant-funded program is serving the health care needs of the homeless population. It's also reducing the number of 911 calls. 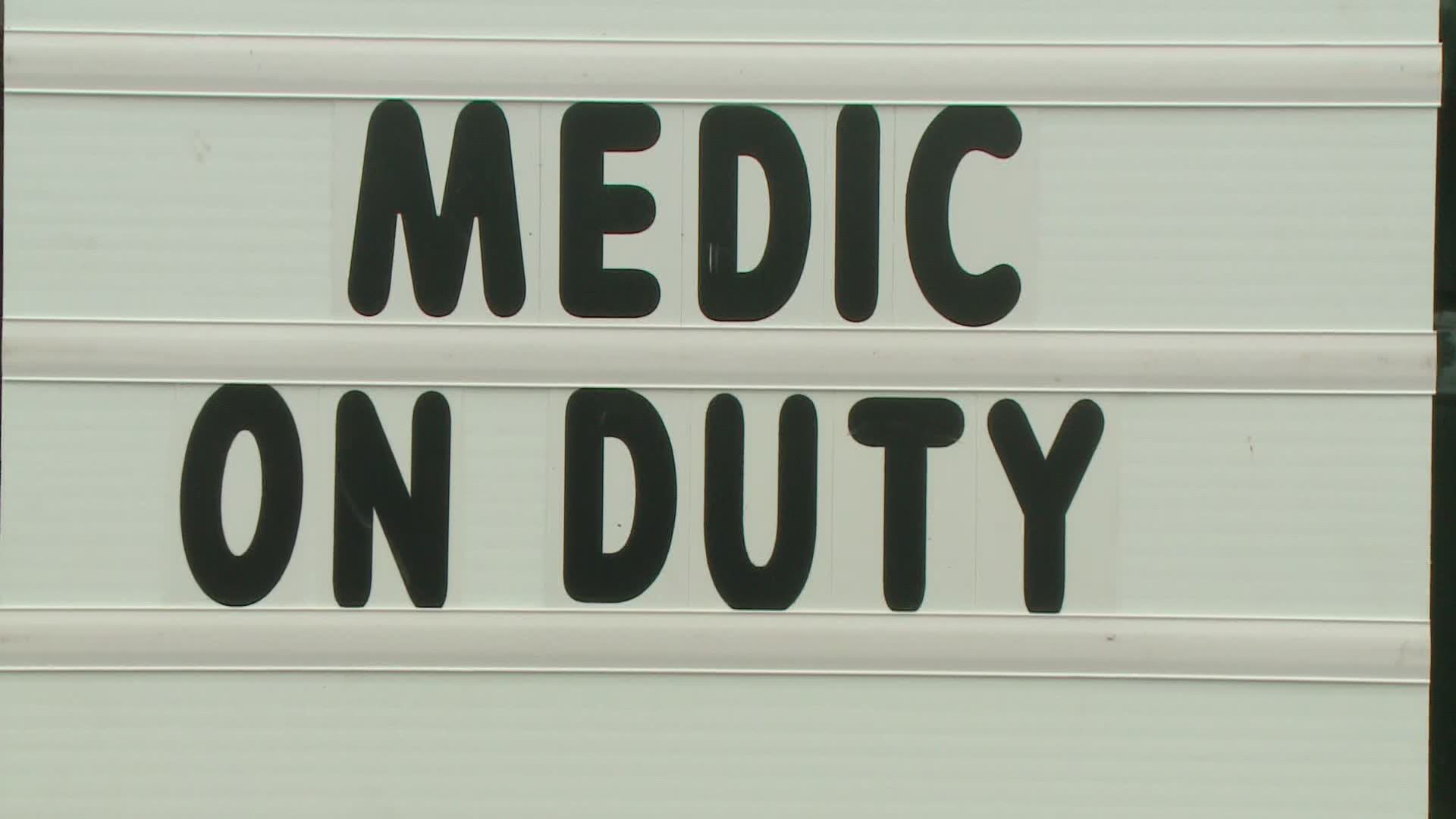 PORTLAND, Maine — In 2017, in an effort to address an increase of overdoses in Portland, the City launched a Medical Outreach Program.

Each week, a small group of paramedics would meet at the Oxford Street Shelter in a small office to provide medical care to the city's homeless population and connect people who wanted it with resources.

But the coronavirus pandemic halted the program—until the medics decided to go mobile.

They do everything from treat minor injuries, take vitals, arrange doctors appointments, and help transfer prescription medications from pharmacies in other towns.

"The guests didn't have anywhere to turn for everyday things that you and I take for granted like a stomach ache or a headache," Terri McGuire, a 27-year veteran of the Portland Fire Department, said.

"We were there sometimes a dozen times a day for minor things," McGuire said.

Calls that were tying up ambulances for non emergencies.

McGuire said, "I think it was like 300 plus calls that first year we saw a reduction of calls, just to the shelter."

While reducing the strain on Portland's emergency system was not the initial intent of the program, it has saved the city hundreds of thousands of dollars.

Bridget Rauscher, manager of the Chronic Disease Prevention Program at Portland Public Health, says as part of their data collection they learned from 71 shelter guests that had they not seen one of the medics they would have called 911. At approximately $1,200 a call, that is a savings of $85,200.

The program, which is funded by grants, was spearheaded by Rauscher.

"It's really exciting to bring this program to the City of Portland, it's really unlike any program that exists, at least in New England," Rauscher said.

Sarah Fleurant, the Director of the Oxford Street Shelter, said she is grateful the medics found a way to keep the program going during the pandemic.

"The very first day they came back there was a core group of people who ran up and greeted the medics so it's so nice to see and a reminder to why this program is so vital to the shelter," Fleurant said.

It's a program that has been eyeopening for the medics who have been able to build trust and relationships with the homeless community.

"You get to take a moment back, and with some of these people you get to hear the other side, see where they are [coming from] why they are [here] not just become desensitized," Hamilton-Jones said.

Letellier, who has responded on EMS calls in the city for the past 13 years, says this program allows her to help the homeless population in a way she never could before.

"Often times you were seeing them for minor injuries or something a primary care provider would see a patient for so I grew a little frustrated because I wasn't able to help them the way I knew I could in a different setting," Letellier said.

As part of the Medical Outreach Program she is now able to do that.

"It's extremely gratifying as a paramedic to be able to see these folks on a day to day basis coming to get the help they need from us."