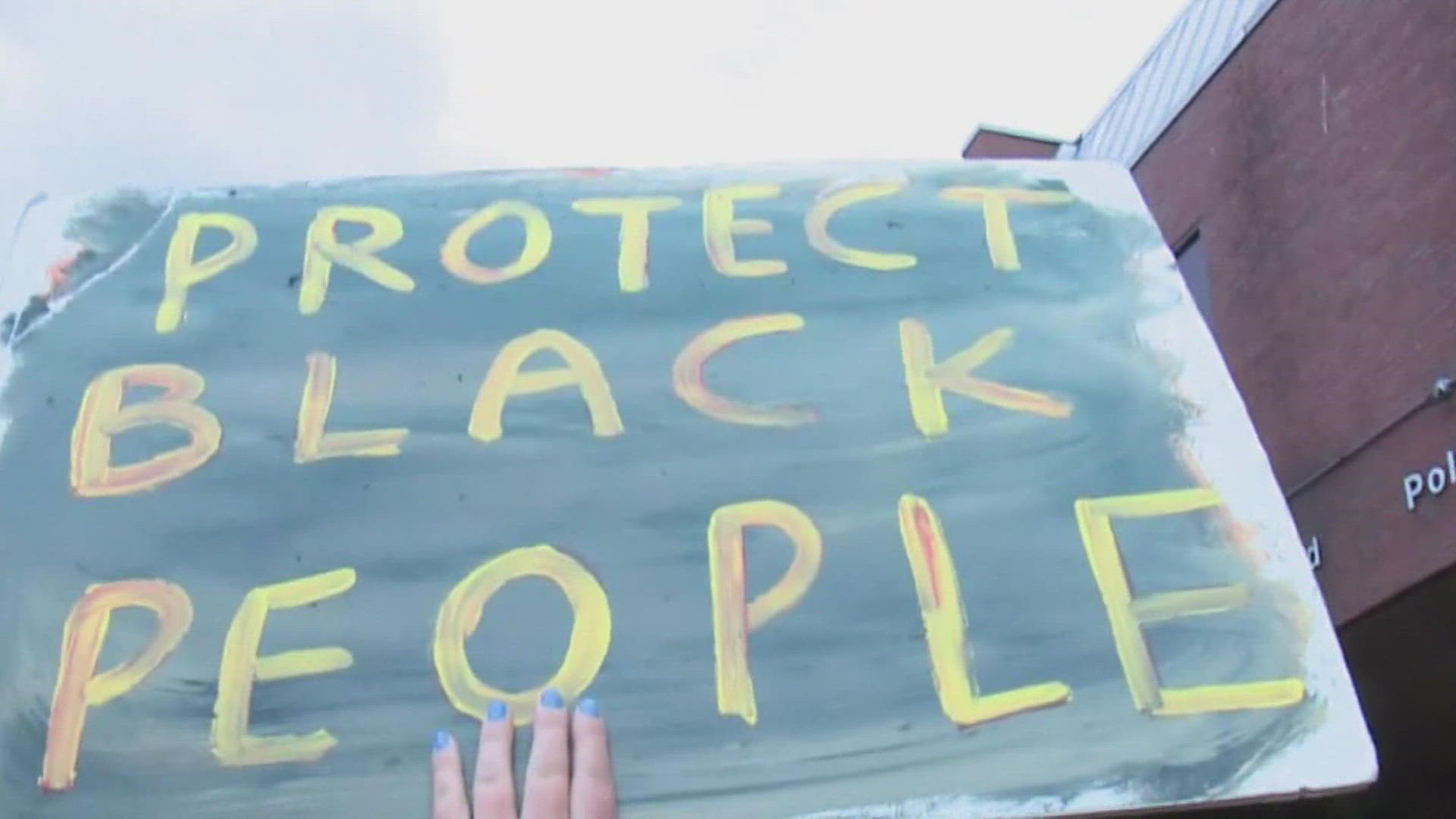 PORTLAND, Maine — The frustration and sadness over the death of George Floyd at the hands of a Minneapolis police officer sparked protests in Portland last summer. That lead the city council to create the Racial Equity Steering Committee, charged with taking a hard look at racial equity in our city government and it's police department.

"Actually, most of it was stuff we already had in place prior to the committee's recommendations," police chief Frank Clarks said of suggested improvements to his department.

Clark outlined exactly what his department is doing to moving towards the goals laid out by the committee for city council on Tuesday night. Watch that presentation here.

He said before making a hire, written testing, lie detector tests, and psychologists will screen candidates for racial bias.

"You could pass the intelligence part of the test, but if you don't have the integrity component that looks at things like anger management issues, if you don't pass that test, you're out of the process," he said.

Clark said that only 4% of the applicants to the Portland Police Department ever become police officers, which speaks to the integrity of the screening process.

In an effort to increase transparency, the department now posts demographic enforcement data online. Clark's examples: "Our internal affairs, our use of force, all cruiser involved crashes, all the high liability area in which officers are engaging."

But there is at least one recommendation from the Racial Equity Committee that the chief is resisting. It states:

"In order to relieve the evergrowing burden placed on the PPD, the RESC recommends that the City fund an organization or a project within an organization that would take on the role of responding to non-violent incidents within communities related to homelessness, substance use, and mental health. The RESC recommends adapting a model of response similar to the CAHOOTS model (Crisis Assistance Helping Out On The Streets). This crisis response model originated in Eugene, Oregon, and has been adopted in Portland, Oregon as well as Denver, Colorado. The committee believes strongly that this crisis response team must exist separately from the PPD and that the employees of the program not be City employees. The committee recommends that this program be housed within a community-based organization that already provides social services to marginalized communities dealing with homelessness, mental health crisis, and/or issues related to substance use. Housing this project within a community-based organization ensures that the staff will have a solid understanding of the social service networks available within Portland. The committee sees this type of crisis response as being therapeutic rather than punitive, which is another reason the recommends that this program exists separate from the PPD."

City Councilor Pious Ali believes we are asking police to do too much. He co-chairs the Racial Equity Steering Committee.

"There is some research out there that when a uniformed officer is present, when someone is having a mental health episode, for some people, it can escalate the situation," Ali said.

Chief Clark believes professional mental health clinicians now embedded in the department and who respond to mental health and substance abuse calls with officers, help minimize the involvement of those in uniform. Clarks also said the clinician's input has helped officers expand their response options for people in crisis.

Clark said the collaboration within the department is working, and in fact, is a model for others.

"Portland is now one of 14 learning sites for agencies looking to start their own mental health and substance abuse teams," he said.

While Ali commends the department's work he said it's important that this conversation continue.

"There is no question the Portland police are doing amazing work, but even the best can improve," Ali said.