Expert advises parents to talk with their children about what they've seen, offer safety and hope, and 'turn off the news' 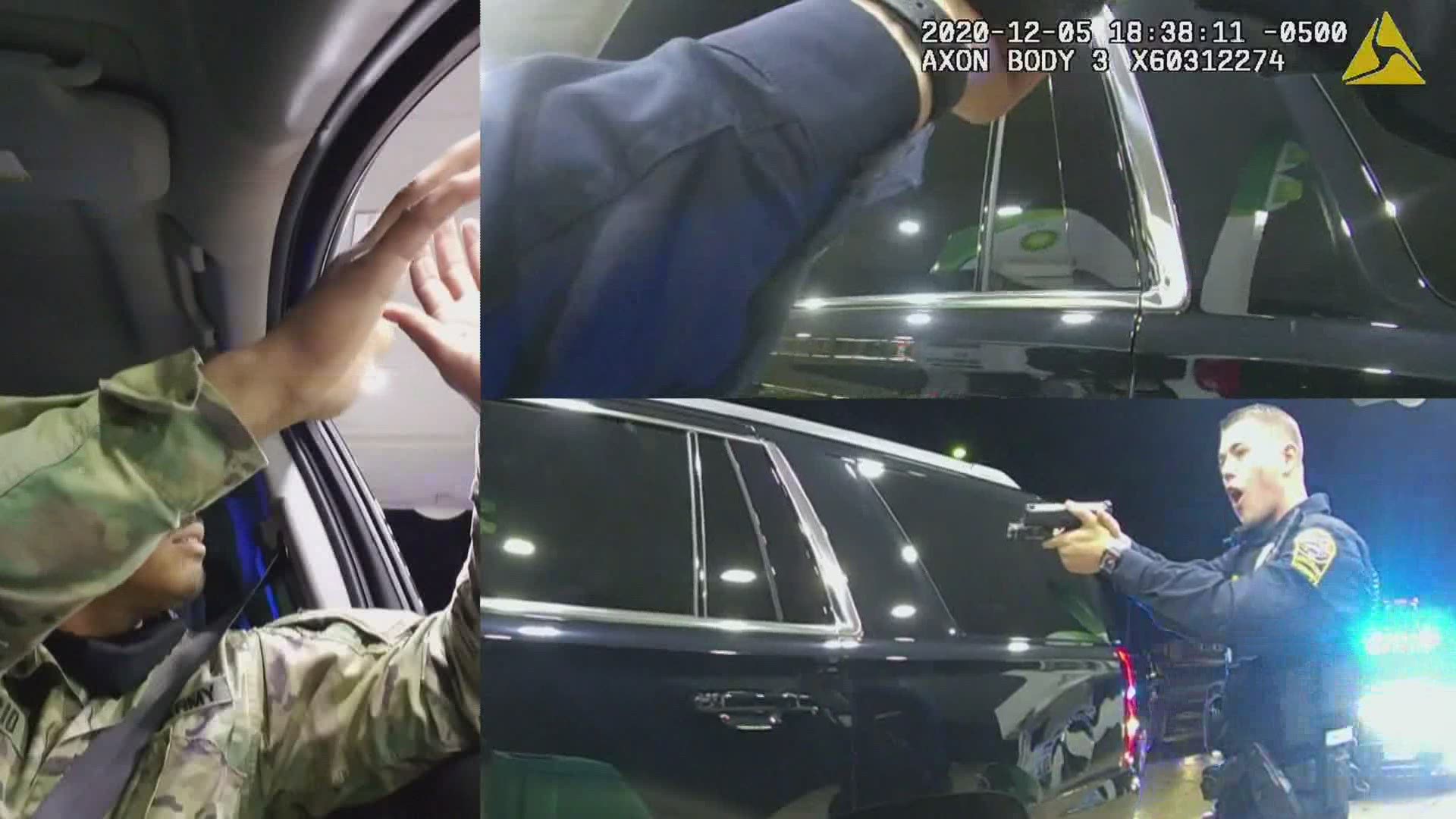 PORTLAND, Maine — The day after Chicago police released video of a Chicago police officer shooting and killing 13-year-old Adam Toledo, outrage over yet another police shooting of an unarmed Black person sparked protests across the country.

The video shows a police officer since identified as 34-year-old Officer Eric Stillman chasing Adam through an alley, and ordering him to stop and show his hands. Adam appears to stop at an opening in a fence, turn and raise his hands, before Stillman fires once, hitting him in the chest.

Friday’s protests echo those seen recently across the country and in Maine as people gather to insist that Black Lives Matter.

In the summer of 2020, protesters repeatedly filled the streets of Portland to protest the killing of George Floyd by Derek Chauvin, the former Minneapolis police officer whose trial for murder continues to unfold each day on television.

Exposure to police killings of unarmed Black Americans has dramatically affected the mental health of Black Americans, according to a 2018 study published in The Lancet.

In fact, the study found that police killings of unarmed Black Americans contribute to as many as 55 million additional poor mental health days per year in the US.

Realizing they can't control events alone can cause despair, she said.

What to look for

Some children internalize the trauma, resulting in negative "self-talk" or somatic complaints like headaches or stomach aches, while others externalize it, leading to behavioral issues such as aggression, anger, and an inability to get along.

"So much of how a child reacts to being exposed to trauma and violence really is impacted by a multitude of things including what their personality type is, whether or not they've been exposed to previous traumas and violence ...  what their perception is of danger that they're facing or that someone they love is facing in the moment," Hirsch-Wright said. "What we see most is ... the adversities that they may experience after the fact. So whether they've had an adult step in and say, 'I'm so sorry you that experienced this, that wasn't ok, and I’m going to do everything in my power to keep you safe.' And if a child has an adult who's doing that in their words and in their actions, then how they're going to move through that situation and through that healing process is going to look much different than if there is no adult available or the adult that's available is not able to offer that."

Hirsch-Wright said people find themselves re-watching video of violent incidents because they're "trying to make sense of something that is really nonsensical. You think that if you watch it over and over again, you can understand why it happened, and if you understand, you can prevent it from happening again."

Hirsch-Wright offered the following suggestions for parents or guardians who suspect a child or teen is experiencing such trauma:

Kate Knox, a member of a transracial family in Portland, said that many who don’t have a person of color in their family often think the video itself, or several videos, are traumatic for Black people, when in fact the video is really a graphic example of trauma “all the time” and only news to white people “because it causes people to confront things they don’t think about all the time because they [don’t have to].”

“It is traumatic, it’s very traumatic, but I think what people miss is, they think that just because there are a couple of reports on the news, that there’s a fundamental shift for Black parents or parents of kids of color,” Knox said. “My perspective is, not really. I worry about this all the time. It heightens my anxiety when I see it on the news because that makes it graphic, but it exists all the time.”

“We have conversations with my kids bout it all the time,” she said. “Watching George Floyd be murdered over and over again certainly aggravates the trauma. But even before George Floyd was killed, we’ve already had the conversation with my Black son numerous times: “If you ever interface with a police officer, you do exactly what they say. I don’t care what it is.’ I’m in a constant state of hyper-vigilance.”