'This time he was stuck in the ER for nearly a month': One family's story of struggling to get mental health services for their child during COVID 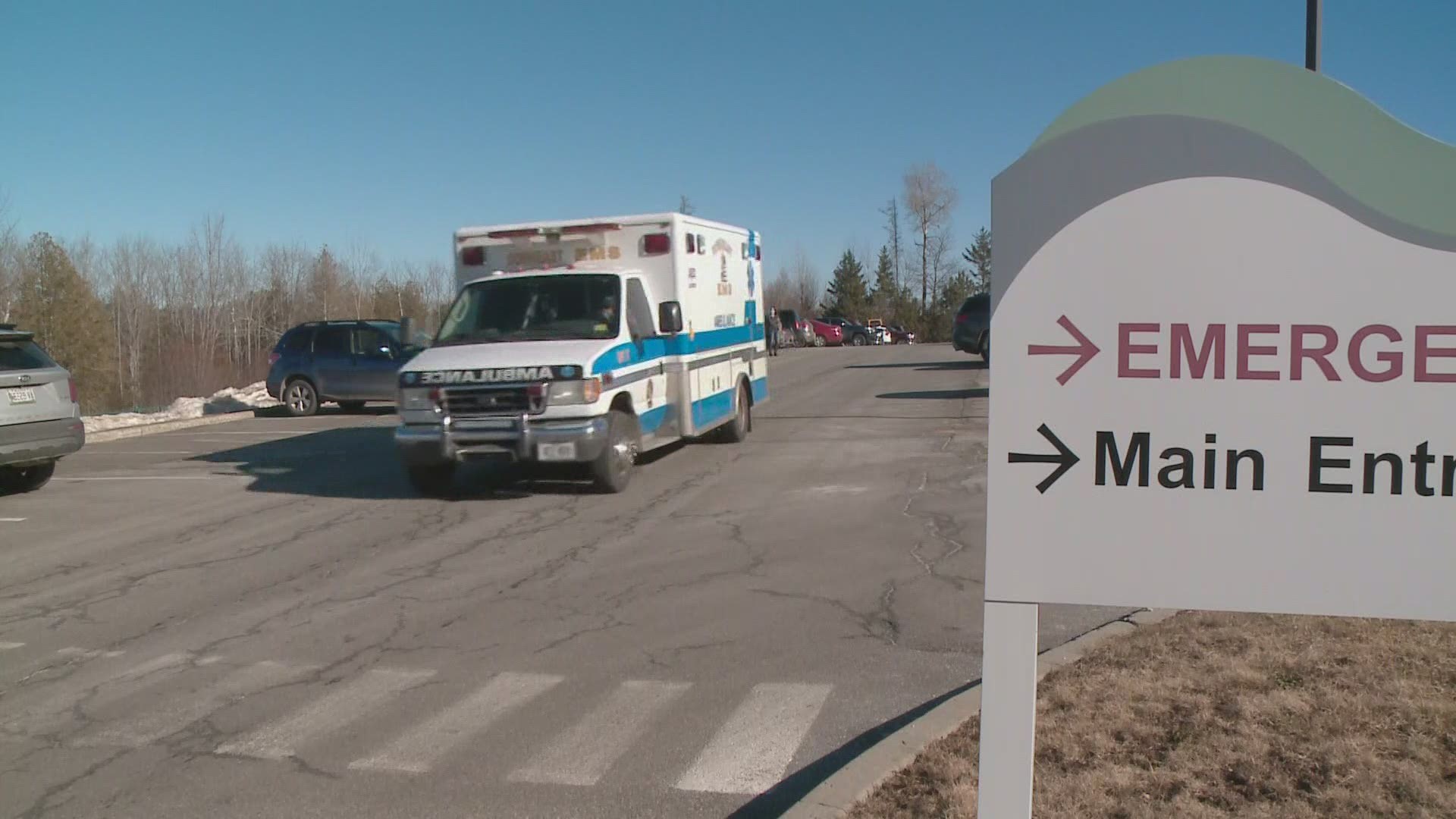 MAINE, USA — More than a year into the COVID-19 pandemic, federal health data shows a nationwide explosion of kids and teens in mental health crisis—from depression and anxiety to substance use disorder.

For some kids who experience a mental health episode, the only immediate option is a visit to a local emergency room. But because of Maine's chronic shortage of pediatric mental health beds and services, a growing number of children and teens are spending time in the ER … and we're not talking about just a few hours.

The parents of a 15-year-old boy are speaking out for the first time about the state's mental health system—a system they say failed their son not once, but twice during the most difficult times in his life. We are concealing the couple's identity to protect their son.

"He doesn't need the stigma," the teenager's dad said.

The teenager has high-functioning autism and Tourette syndrome, a condition that affects the brain and nervous system, causing uncontrolled sounds and movements. Despite early intervention programs and counseling, his aggressive behaviors increased as he got older. Last summer, the teen was living in a residential treatment facility when he suffered a serious mental health episode.

"He was definitely in crisis," his dad said. "He was very violent towards the staff and the other residents in the residential facility."

The only option: the ER at Calais Regional Hospital, located in the Washington County city of about 3,000, along the Canadian border.

The teenager languished in the emergency room, without any specialized care. His parents worked with a state crisis team to find a bed in one of four hospitals in Maine that provide psychiatric treatment for kids 18 and younger.

Every day for nearly two weeks, the couple was told there were no openings for their son, who was stuck in a tiny windowless room.

With only 110 to 120 pediatric mental health beds in the entire state, all four hospitals are grappling with growing waiting lists of kids in crisis. Precautions against COVID-19 have made finding placements even more difficult.

"It is not their fault, it's not my son's fault, or our fault," the teen's dad said. "It's the system. The system is broken."

Following a change to his medication, their son was discharged back to the residential treatment facility.

Several months later, in November, following another episode, the teenager ended up back at the same emergency department in Calais. His parents said being stuck in a busy emergency room again was overwhelming.

"Why am I here? What's happening? Why is this taking so long? Why can't I come home, why am I here?" his mom said.

With limited family visits due to COVID-19, the isolation this time went on for weeks.

With the hospital's staff not trained in behavioral health care, the couple said they watched their son fade mentally. They also said the teenager was heavily sedated to control his behaviors.

This time he was stuck in the ER for nearly a month.

A spokeswoman at Calais Regional Hospital told NEWS CENTER Maine in a statement that hospital staff works hard to build a therapeutic relationship with every patient and their family, and they understand the importance of safe and dignified care and advocate for the needs of patients.

Scott Oxley is the president of Northern Light Acadia Hospital.

Acadia's staff provides mental health consultations and evaluations at 17 hospitals in and outside the Northern Light Health system, from Caribou to York. Any given day, an average of a dozen children are waiting in the emergency departments at those facilities for an inpatient bed at Northern Light Acadia Hospital. The backlog has continued for years due to a lack of pediatric community mental health programs and residential treatment centers, especially in rural areas.

"Unfortunately the state of Maine does not have enough resources to manage it on the front end of the illness cycle," Oxley said.

"What we are talking about now is the back end when the entire system has failed," Lisa McPherson-Harvey, the Vice President of Government Relations at Northern Light Health said.

To stem the flow of kids from spiraling into emergency rooms—or even worse, police custody—state lawmakers are considering a bill that would require Maine's Department of Health and Human Services to collect data on extended stays in emergency rooms. LD 118 is sponsored by Rep. Joyce McCreight, (D) Harpswell.

Key information is needed to identify gaps in appropriate treatment and develop resources to build a more comprehensive system for kids in crisis.

Mary Jane Krebs, president of Spring Harbor Hospital, testified at a hearing in February that children stuck in emergency rooms for long periods of time often feel forgotten and abandoned.

"They become hopeless, they give up, they regress, they become violent towards themselves and others," Krebs said.

Spring Harbor Hospital is part of the MaineHealth system of care. Valerie Compagna, communication and public affair manager released this statement in support of the bill.

"Spring Harbor Hospital, part of the MaineHealth system of care is southern Maine’s only private psychiatric treatment and recovery center with a total capacity of 100 total beds; 38 specifically for children and adolescents. Currently, 33 out of 38 are filled with the residual blocked primarily due to a need for private rooms for those most acutely ill. Last year we served 539 youth and on average of 33-35 per day. The average length of stay is 15.9 days for behavioral health diagnoses and 55.1 for developmental disorders.

This legislation represents an important step towards developing the continuum of services necessary to meet the growing needs of Maine children with behavioral health conditions. Maine needs to build a fully integrated continuum of treatment services that provide youth the right care at the right time and close to home so that families can participate in the child’s treatment. Today, there are gaps in the continuum of residential and community-based treatment options needed to safely and effectively meet the behavioral health needs of children and families.

This legislation will require the collection of data to inform the development of a plan by all relevant state agencies, including DHHS, DOE, and Corrections to identify and fill the gaps that exist in our services. Absent such an analysis, children’s needs will continue to escalate forcing an unnecessary dependence on hospital beds. The data will ensure that we invest in the appropriate levels of care to treat children in the least restrictive setting possible,"  Compagna said.

"Maine’s Office of Child and Family Services (OCFS) continues to implement its strategy to improve the Children’s Behavioral Health system of care. Much of that work is described in our CBHS annual report. OCFS often becomes involved when a child is experiencing an extended stay in an emergency department. Staff within CBHS who coordinate services for children and families assist in locating and securing placement in the appropriate level of care to better serve the child’s needs," Farwell said.

"The department also has concerns about the benefit of providing public reporting as required under this bill, LD 118 when balanced against the very small percentage of all Maine children who experience an extended stay in an emergency department. Given the small number of impacted children, it may be possible to identify the children reported. OCFS does not believe that there is significant public benefit that would result from posting this data that would outweigh the privacy interest of these children" she said.

FULL STATEMENT FROM Maine’s Office of Child and Family Services