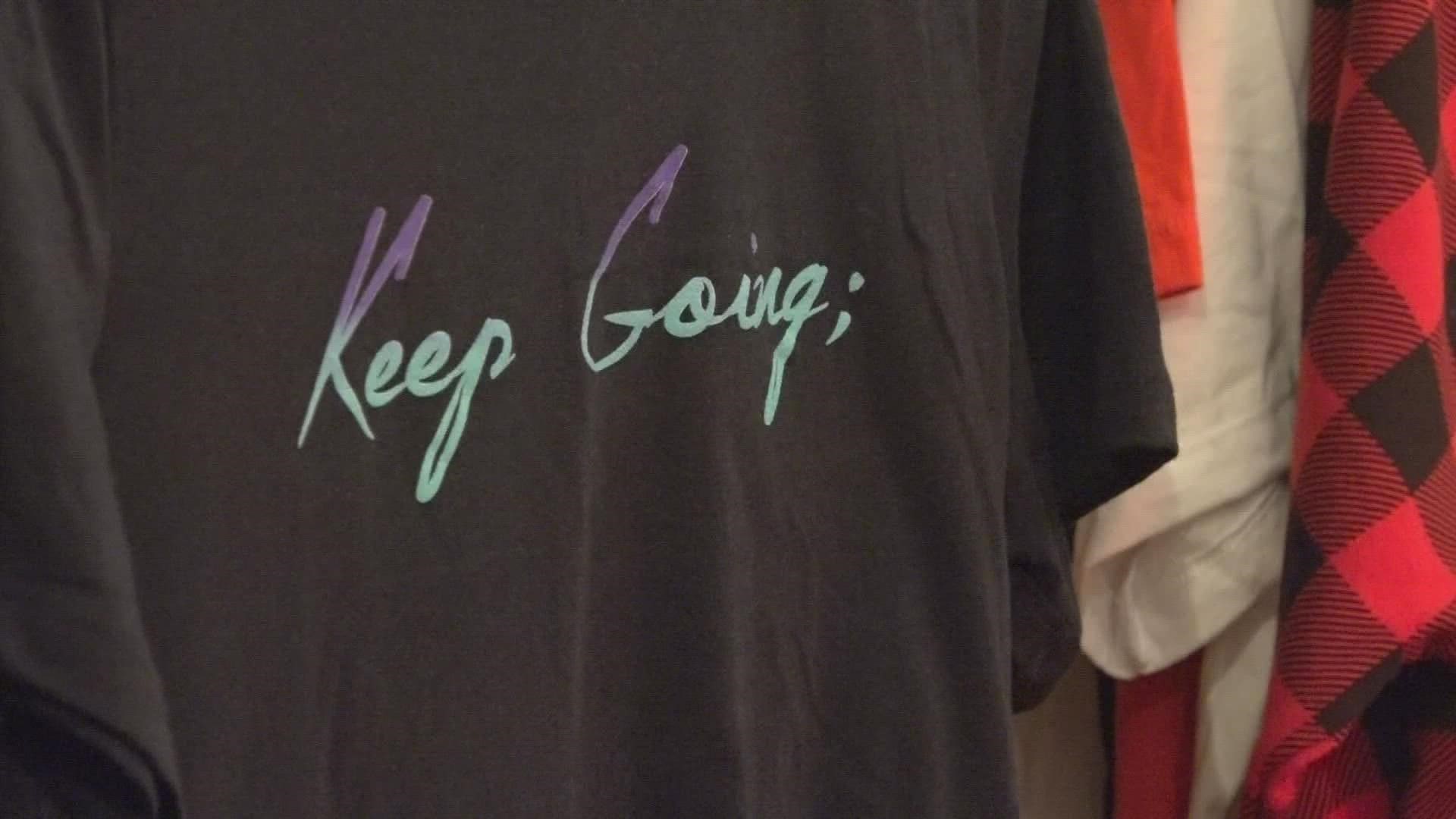 MAINE, USA — On average, there are 130 suicides per day in the United States, according to the American Foundation for Suicide Prevention.

"Suicide prevention is up to all of us, not just the folks with the letters after their name and the doctors and the lawyers...everybody," Greg Marley, suicide prevention director at NAMI Maine said.

According to NAMI Maine, in the last 14 years, more Mainers have died by suicide, than in car accidents.

"I feel a mix of hope and a mix of fear," Marley added.

Marley said his fear comes from the continued uncertainty as the COVID-19 pandemic continues, but still has hope because more and more people are starting to normalize talking about their mental health.

Catalyst for Change Wear has a suicide prevention line every year, but on this #WorldSuicidePreventionDay the company's owner, Kyle Poissonnier, says he hopes he doesn't have to have this line forever as mental health becomes more mainstream #NEWSCENTERmaine pic.twitter.com/OV8Ivhu969

Kyle Poissonnier is the owner of Catalyst for Change Wear. He told NEWS CENTER, Maine, that eight years ago he had a single suicide prevention shirt,  and the rest was history.

"The response and the messages and the fundraising that we did for it kind of set this all in motion," he said.

Poissonnier is someone who has struggled with his own mental health and he said he wants people who see this line to know it's okay to not be okay.

"I truly hope that one day we can make this a thing of the past and talking about your mental health is just part of your everyday self-care," he added.

Both Marley and Poissonnier offered advice to Mainers and said don't be afraid to reach out to your loved ones who may be struggling, and even if someone hasn't told you they're struggling, know the warning signs.