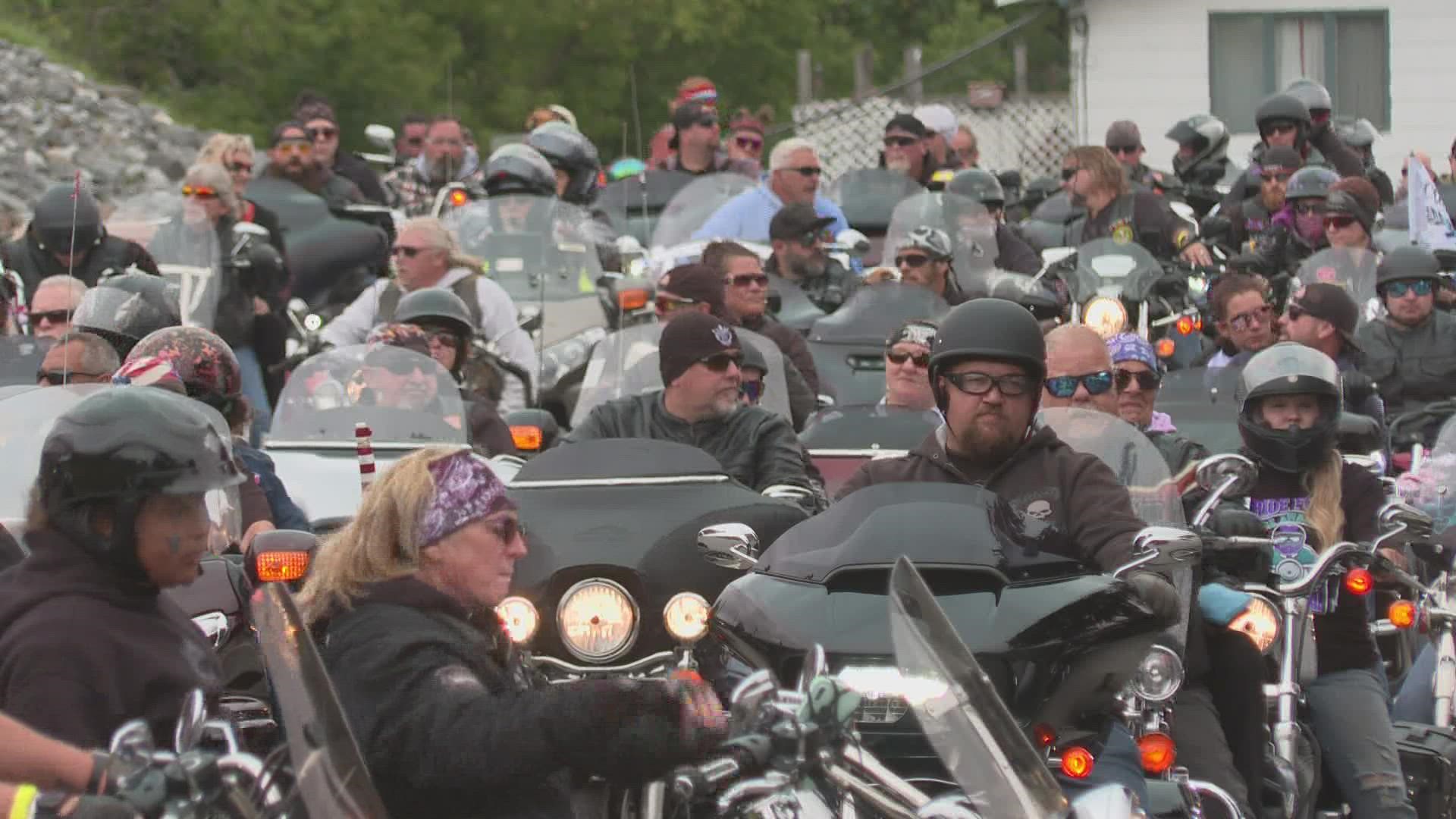 LEWISTON, Maine — Hundreds met at the L/A Harley Davidson in Lewiston on Sunday to spread the message that 'your life matters.'

"There's hope. There's hope. You've just got to hold on," said Naomi Longworth, who has been taking part in the ride since it started.

"It hits home on a lot of different levels, from being almost a victim of, to knowing and loving victims of suicide," added Longworth.

The ride was first started by Nick Danforth, one year after his father died by suicide. He says starting this ride has formed a strong community of support for others that have lost loved ones close to them to suicide, and others struggling themselves.

"It's touching to see how many people have been affected by the same thing," said Danforth. Danforth says when he first started the ride, it was expected to be a small ride with friends. After posting on social media, more than 200 riders showed up. He's continued on with the event yearly ever since.

Hundreds were out on their bikes in Lewiston today for the 5th annual Pain to Power Suicide Awareness Ride. Folks gathered to let the Maine community know they're not alone, and also help raise money for the Maine Veterans Project @newscentermaine pic.twitter.com/rsgTqOhThU

"I've had people come up to me and tell me that I've saved their life or that I've helped them find somebody," said Danforth. "They've found friendships here that have allowed them to stay and not do what they want to do."

This year, organizers of the ride helped sell T-shirts and collect donations with all profits going to benefit the Maine Veteran's Project.

Those in attendance also got to celebrate together following the ride. There was live music, a food truck, and vendors set up outside L/A Harley Davidson.

Those that took part also want to spread the message that help is out there.

"At your darkest moment, if you could just reach out to one person," said Longworth.