Maine law officers have had rigorous training to help, but COVID-19 has increased stress to the already complex policing of people with developmental disabilities. 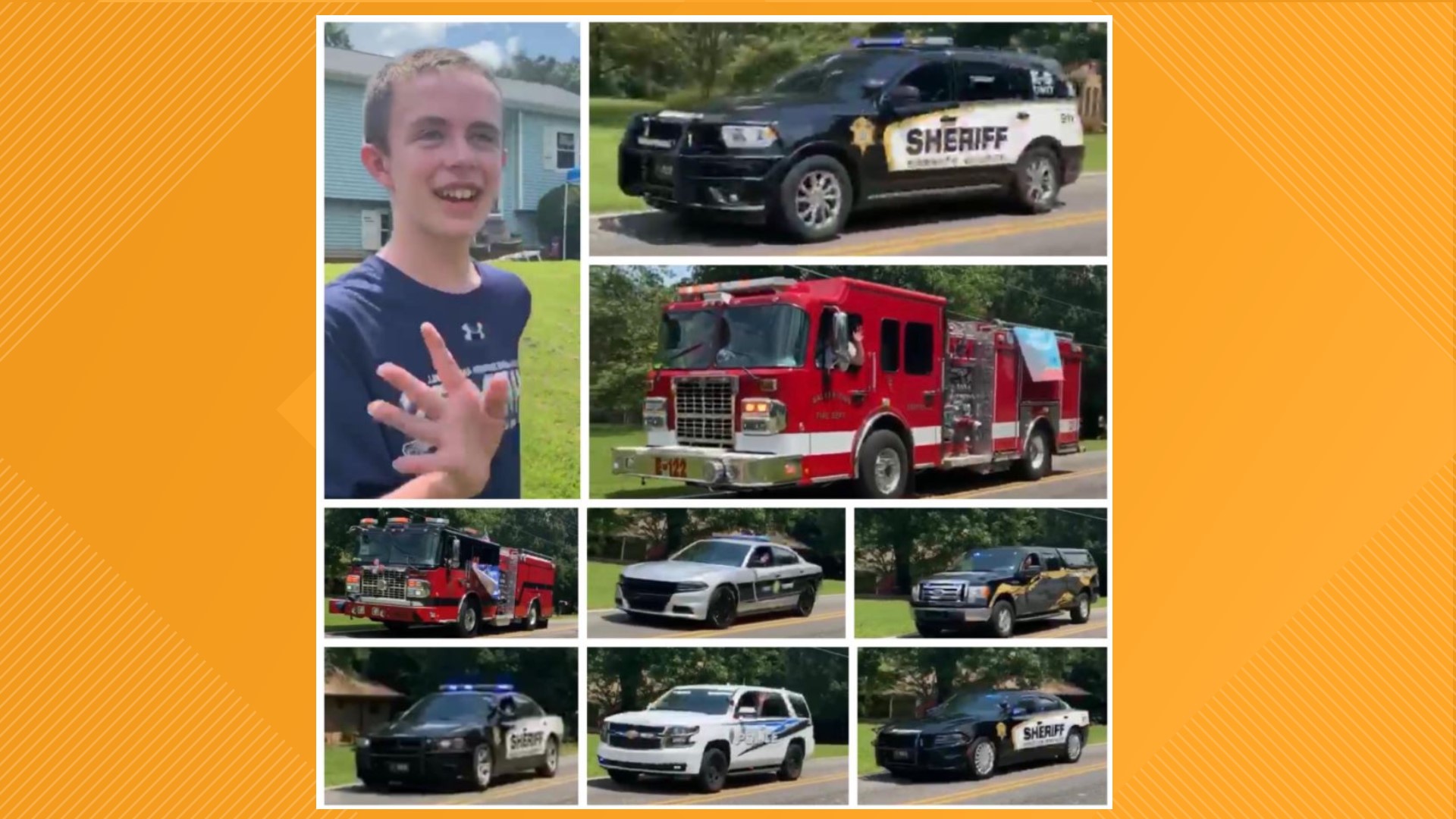 MAINE, USA — As coronavirus continues to infect our states, homes, and lives, COVID-19 has also forged a piercing call to action to help the vulnerable from what some people view as outdated systems and practices.

A big example is the Black Lives Matter (BLM) movement sparked by outrage over police brutality and deadly force incidents that have taken place over the years. The BLM demonstrations have exposed other groups that may face severe challenges when confronted by law enforcement officials.

One of those groups includes individuals with developmental disabilities, like autism. These individuals may be up to seven times more likely to encounter police than their neurotypical peers, according to research cited in the 2001 FBI Law Enforcement Bulletin Contacts with Individuals with Autism: Effective Resolutions, which is co-authored by Dennis Debbaudt, a leading author and national law enforcement trainer on autism risk and safety.

“The high-risk nature of these emergency contacts is a concern for all policing professionals and autistic individuals, their families and advocates and support groups throughout the U.S.,” Debbaudt said in a recent interview. He said training is essential to bridging the gap between individuals with developmental disabilities and police.

Credit: Dennis Debbaudt
Debbaudt teaches law officials how to recognize and respond to individuals with autism.

Right now, during uncertain times and sharp changes that have locked us down as a result of the coronavirus, training law enforcement to better serve individuals with developmental disabilities and/or mental health conditions is more essential than ever.

Considering one of the top nonprofit advocacy organizations for people with Autism Spectrum Disorder (ASD), Autism Speaks says “in the wake of the coronavirus (COVID-19) pandemic, it can be difficult to wade through what will be an effective tool to cope with widespread disruptions to the daily lives of autistic children, teens and adults.” The organization’s website adds, “Teaching first responders the signs of autism is an important first step toward preventing unfortunate situations.”

In Maine, training is led by Matt Brown, the Autism Information Specialist with the Autism Society of Maine and a retired Federal Law Enforcement Officer who also has a child with Autism Spectrum Disorder.

“Every law enforcement officer in the state of Maine has received specialized training in response to persons with autism/developmental disabilities,” said Brown.

He developed the training in partnership with the Autism Society of Maine with a primary focus on the “most challenging characteristics of autism-sensory issues, processing delays, meltdowns, wandering (many persons w ASD wander and drown) and goes into detail on how to prevent and respond to situations involving persons with ASD.”  Every police cadet class in the Pine Tree State has received the training, which is rare, according to Brown.  “This is important because many places have training by non-law enforcement persons with no knowledge of the realities of law enforcement.”

Currently, more police agencies across the country are expected to undergo training to better comprehend the behaviors associated with certain disorders said Debbaudt.  However, “not every officer receives or is mandated to receive training to manage interactions with persons who have autism, mental health, or cognitive disabilities or conditions.”

Research gathered to test the consistency of training provided to police officers on the topic of such interactions shows that 53% of basic recruits in southeastern states are not receiving all the training topics recommended by Debbaudt. “A lack of training on any one of these points could have potentially negative consequences for law enforcement personnel and autism individuals in the community.”

Debbaudt said citizens calling 911 to report what they perceive as a suspicious person is one of the three most common high-risk interactions between police and individuals with developmental or cognitive disorders.

Another is domestic violence calls to police when a person with ASD is thought to be a threat to themselves or other people. Rounding out the top three are reports of missing and vulnerable children and adults. Debbaudt, whose ASD son is 37 years-old, highlighted other factors that could result in police contact. For example, he said, a father picking up his crying child could look suspiciously like a child abduction to a person who is not familiar with ASD.

For teens with ASD, the top reasons they may get in trouble with the police, according to Brown, include: assaulting another student after being bullied or harassed at school; becoming involved in a sexual relationship with an underage girl. This encounter typically “starts online (they are less intimidated in social interaction online) then relationships develop and can become sexual. Parents of the underage female find out and contact police.”  Brown said the justice system treats a person with ASD as a typical adult unless they are nonverbal or clearly low functioning. This scenario may result in a sex offense conviction and long-term sex offender status for an individual on the autism spectrum.

Despite the challenges faced by individuals with developmental, cognitive, or mental health conditions, a 2015 study conducted by the U.S. Department of Justice Bureau of Justice Statistics found approximately two out of every ten prisoners in state prison and three in ten people in jail have a cognitive and/or developmental disability. “That is a significant number, and certainly as you can imagine, persons with intellectual disabilities are highly susceptible to victimization in those settings,” Brown said. "The legal system often looks only at the legal statutory facts and does not typically take into consideration that a young adult male with ASD is developmentally much younger.”

When it comes to serving time for a crime, a person with a developmental/cognitive disability would be incarcerated with the general population, a grim reality that also plagues individuals who suffer from mental illness.

The Treatment Advocacy Center, a nonprofit advocacy agency devoted to making sure people with serious mental illness do not end up behind bars, uncovered that approximately 20% of inmates in jail convicted of minor crimes or awaiting trial and 15% of prisoners in state prisons, who have been convicted of serious crimes have a serious mental illness. Its website reports, "Serious mental illness has become so prevalent in the U.S. corrections system that jails and prisons are now commonly called 'the new asylums.’”  It details how some major U.S. cities don't have enough psychiatric hospitals to treat all the mentally ill people who need help.

Training police on what to look for and how to interact with people who live with cognitive, developmental, or mental health disabilities is critical, said the retired federal law enforcement officer, but Brown also said: “Law enforcement officers are not mental health specialists. We do our very best to be trained and prepared for these scenarios, but to me, it’s like calling a psychologist to a bank robbery in progress. Not the ideal response!”

Brown, who took part in the 2017 task force that investigated deadly force incidents in Maine between the years 2015 and 2016, said the team's review found that most of the individuals killed in those incidents were suffering from a mental health condition.

The investigation, which was ordered by former Maine Attorney General Janet Mills, examined ten cases and found that eight of the people killed by police during that time were living with a mental health condition that may not have been treated. While the findings could only identify two people who were receiving treatment, it was also revealed that 70% of the people involved in these cases had recently suffered a major loss involving child custody, a significant relationship. or their family home.

Data from the report also found 70% of the people killed had a weapon such as a firearm, a knife, or in some cases a homemade weapon.

On average in the 2015-16 study period, it took approximately five minutes for a police officer with seven years of experience to use deadly force after arriving on the scene. In four of the cases, deadly force was used in a minute or less. By this time the Governor, Mills said she ordered the review of the deadly encounters to, “form more accurate conclusions about why the incidents are occurring and whether we can prevent unnecessary deaths and injuries in the future.”

To conclude the review, the task force came up with ten recommendations it said could help serve as, "potential proactive solutions that could decrease or prevent deadly force incidents in the future." The attorney general’s' office said it implemented one out of the ten recommendations: adding a licensed mental health expert or a substance use clinician to sit on its Use of Deadly Force Internal Review Panel, which was signed into law in 2019.  As far as the other 9 recommendations, the AG's office said it was left up to each police agency to determine if and which recommendations were necessary for its officers.

Brown said he believes many of these deadly incidents could have been avoided, “if we had proper outpatient mental health systems in place to provide care, particularly for those with acute mental health challenges such as bipolar, psychotic disorders, and severe depression.”

RELATED: 'The timing is perfect' to talk about BolaWrap, a new non-lethal tool for police officers

Other experts believe these types of findings point to a lack of understanding of behaviors associated with mental, developmental, or cognitive conditions. For example, individuals with developmental disabilities, like ASD, may have difficulty with verbal and non-verbal communication. They may not comprehend verbal commands, tone of voice, eye contact, or gestures. Brown said, “Persons with ASD display many behaviors -- stimming and processing delays and sensory issues -- that make any encounters with police much more difficult. They do not do well being approached and questioned by law enforcement.”

In the extreme, an individual with a mental health condition could become violent, angry, or confused. These traits could be considered suspicious or defiant by law enforcement who do not have enough training on these conditions.

RELATED: New district attorney wants to keep some offenders out of jail

“Police officers encounter a multitude of individuals in emergency situations. Just as each emergency differs from the next, so does the individual involved, especially in regards to people with autism,” reports Autism Speaks on its website.

“Because police are usually the first to respond to an emergency, it is critical that these officers have a working knowledge of autism, and the wide variety of behaviors people with autism can exhibit in emergency situations.”  The best way to potentially handle these situations is, “through prior disclosure of helpful information,” said Debbaudt. “Having officers with appropriate training and preparation, possibly with assistance from professionals with mental health, developmental and cognitive emergency response training, would be ideal.”  He said police must act quickly in determining who needs to respond to a call for help for a person with mental health, autism, or cognitive conditions. “Lack of disclosure looms as a barrier to making that determination.”

Brown’s advice for parents of children with ASD is to, “make sure the kids know the police are their friend and there to help, but also if they get into trouble, they should know they do NOT have to speak! They often get themselves in a deep hole by blurting things out. They will be very stressed in a police interview setting.” 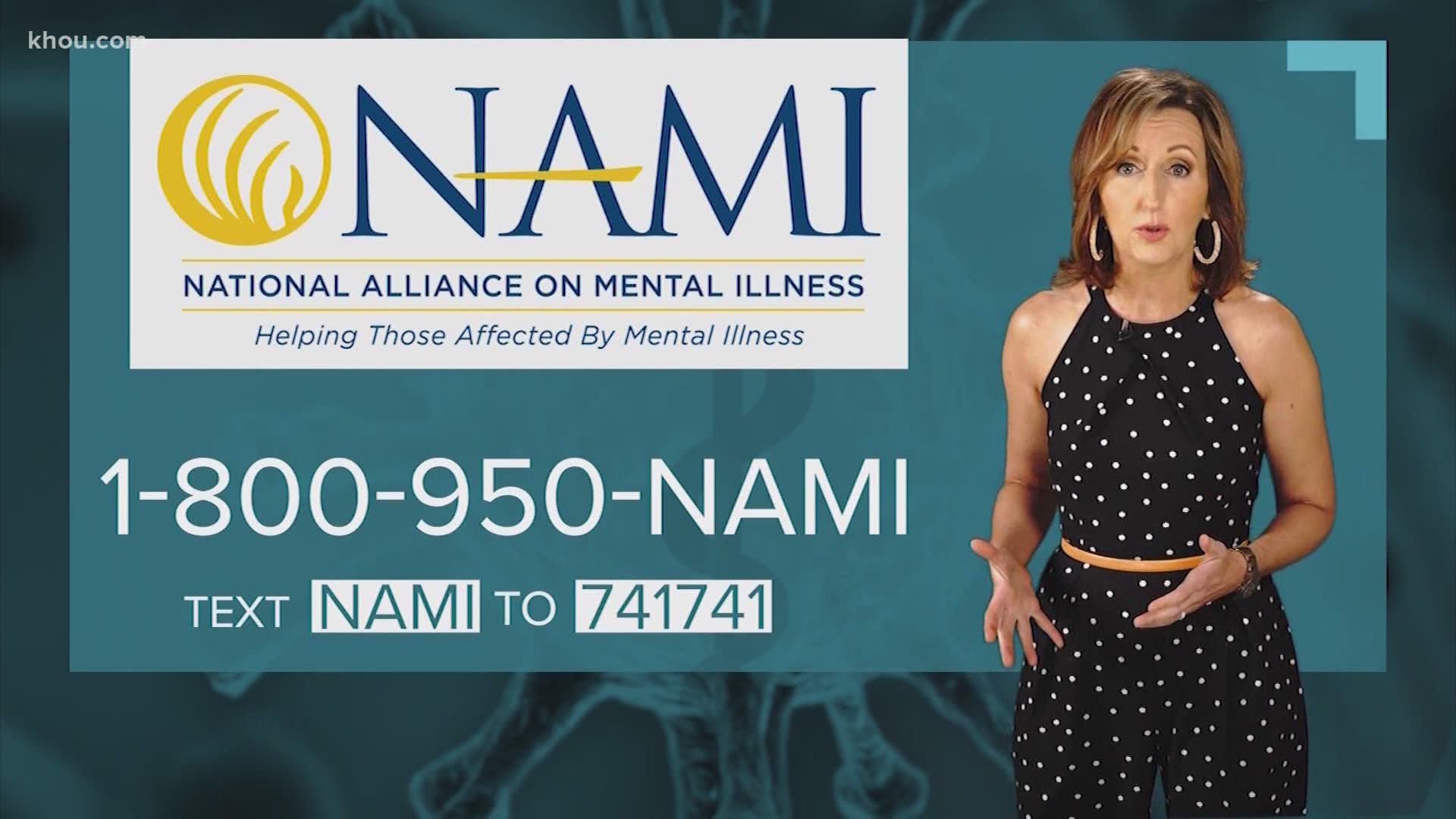