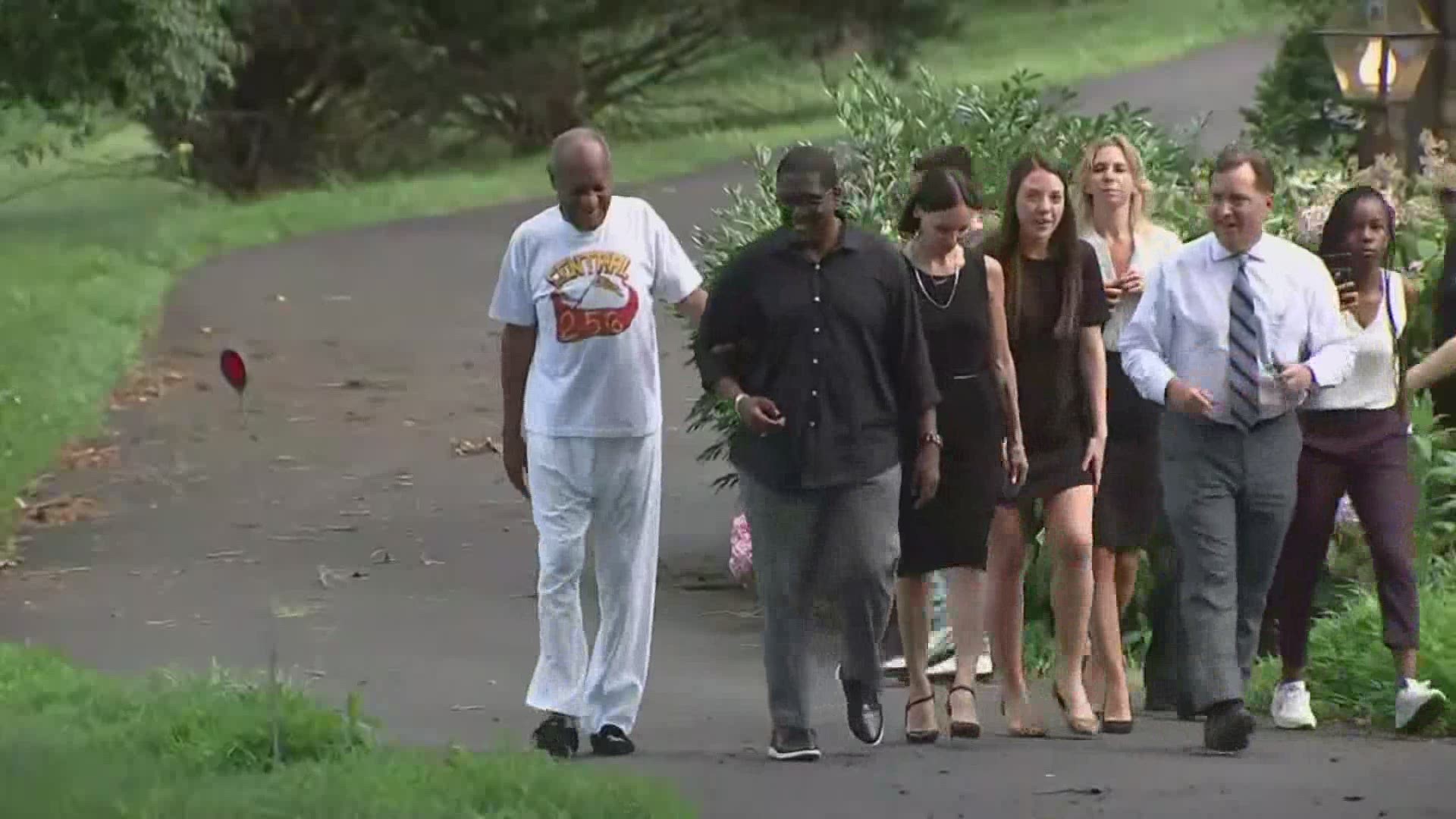 WINTHROP, Maine — Advocates working to end sexual violence in Maine fear Bill Cosby's release from prison on a legal technicality could discourage other victims from coming forward and reporting their attackers.

According to the Rape, Abuse & Incest National Network, RAINN, it's estimated that only about one-third of survivors report the crime to authorities.

RAINN, which tracks and reports statistics from criminal justice systems across the country, says only 25 out of every 100 sex crimes result in a prison sentence for the defendant.

"I feel sick to my stomach you know just thinking about it. I can't imagine seeing that happen and being one of his survivors," Katie Laflamme said.

Katie was just out of high school when she was sexually and physically abused by her boyfriend. Now, she is reeling from a flood of emotions following the reversal of Cosby's sexual assault conviction by Pennsylvania’s highest court.

"To see something like this happen, a person who victimized so many people and did so many horrific things can just live his life," Katie said.

I have never changed my stance nor my story. I have always maintained my innocence.
Thank you to all my fans, supporters and friends who stood by me through this ordeal. Special thanks to the Pennsylvania Supreme Court for upholding the rule of law. #BillCosby pic.twitter.com/bxELvJWDe5

Katie managed to get out of the abusive relationship with the help of family and friends—and moving to another state also helped—but she still suffers from PTSD.

"[The support line] provides them some tools and resources to help them get through what they are seeing online or help them through their own experience," Stickler said.

Katie works as the community educator for the center, educating students of all ages about sexual violence. She said while every survivor's journey to "justice" is different, help and beginning the healing process is just a phone call away.