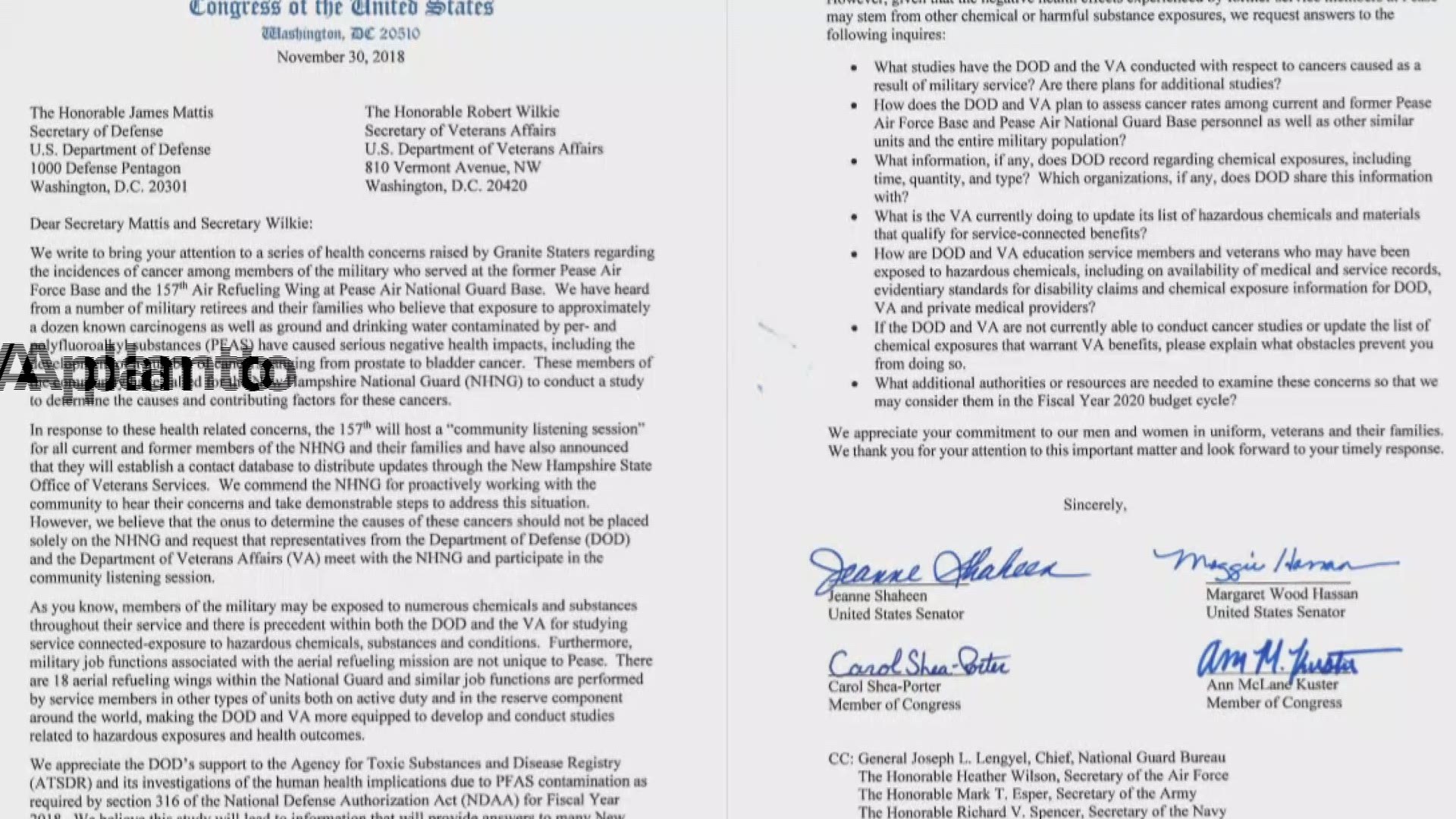 The letter comes after a group of widows say their husbands died of organ-related cancers after being exposed to more than a dozen industrial chemicals while serving with the Air National Guard.

Guard officials are holding a listening session Dec. 7 on base. Federal and state health agencies will be on hand to hear from current and former personnel who are experiencing health problems.

Col. John Pogorek says the Air National Guard is also pushing for a national health study — separate from an ongoing federal probe into contaminated drinking water at Pease. But he says it's difficult to track former service members who may be sick. Many live throughout the country.

"Some of the stories we hear date back to the '70s, so I really think we are talking about in the thousands," said Col Pogorek, commander of the 157th operations of the New Hampshire Air National Guard. "Are they still in the local area? I don't know about that."

The "listening session" will be held at Hanger 254 at the air base in Portsmouth, New Hampshire from 2-4 p.m. A registry for retirees who are experiencing health problems has also been set up.

To sign up on the registry with New Hampshire Veterans Services, go to https://www.nh.gov/veterans/contactus/index.htm