Mainers react to Obamacare going to the Supreme Court 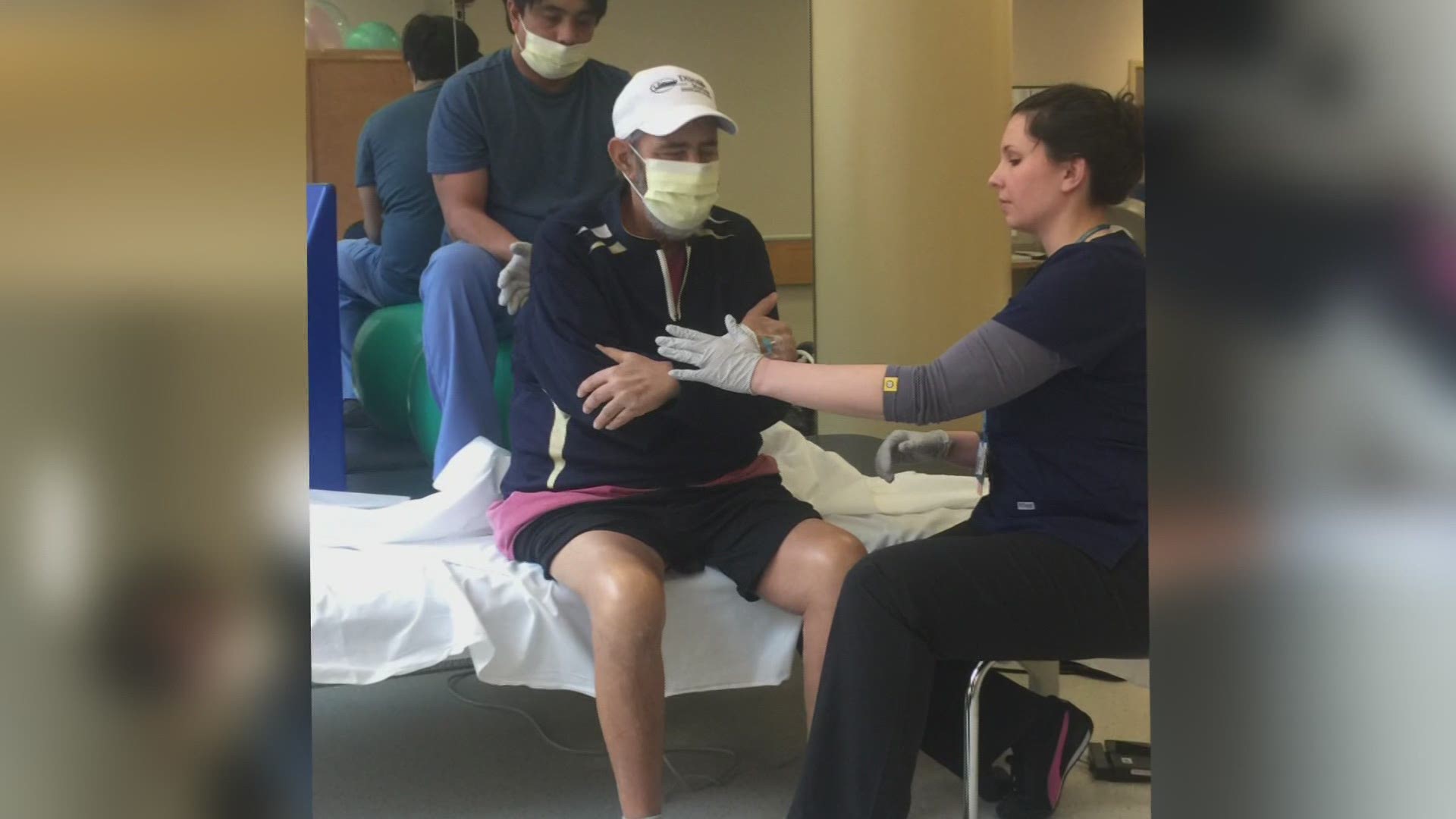 MAINE, USA — "Without the Affordable Care Act, I would not be here today. There's no doubt about it," Wayne St. Peter said.

"My thinking back then was I'm an athlete, I played tennis, I played golf... you name it, I play it. I was invincible."

Eventually, in his words, he "smartened up" and bought coverage through Obamacare. It was an affordable solution for him as someone who is self-employed.

"If I had to go out and pay $1,400 a month to insure myself, that would’ve been a tough deal to do. The fact that the Affordable Care Act or Obamacare allowed me to go and have the opportunity to purchase insurance that I could afford, then it was a no brainer."

He had no idea how important that coverage would be until he learned he had a genetic condition requiring him to get a liver transplant.

St. Peter says he never got a bill for the months of hospital visits and transplant procedure which he estimates could have cost up to $4 million.

Maine's Independent Sen. Angus King has been vocal on the issue of affordable health care. "It's impossible to overstate the stakes in this [Supreme Court] decision," King says. "This isn't some abstract legal question. This is real people's lives."

Today, the Supreme Court hears a case that will determine the future of the ACA. If the law is struck down, tens of millions of Americans will lose healthcare protections, in the middle of a deadly pandemic. I won't stop fighting to defend the ACA. https://t.co/tJdusfJ6Lu

King says he is concerned about the repercussions of repealing Obamacare, particularly when Republicans have still not presented a plan to replace it.

Another of Maine's elected leaders is speaking out about the ACA going to the Supreme Court. Maine U.S. Rep. Chellie Pingree released the following statement on Tuesday:

“For over a decade, the Affordable Care Act has provided a foundation of health care access and protections to all Americans. As our nation battles a pandemic that has already taken more than 235,000 American lives, this law is more important than ever. With this lawsuit, Republicans are trying to strip away health care access for millions yet again-- just weeks after forcing the partisan confirmation of a radical Supreme Court justice and, as always, without a replacement plan. The Supreme Court has already upheld the ACA twice, and it must do so again.”

The GOP is again trying to strip away health care access for millions—just weeks after forcing the partisan confirmation of a radical Supreme Court justice and, as always, without a replacement plan.

SCTOUS has already upheld the ACA 2x and must do so again. #ProtectOurCare

Maine Gov. Janet Mills said the Supreme Court "should put an end to this partisan attempt" to take away tens of thousands of Mainers' health care.

“This case will affect the lives and livelihoods of hundreds of thousands of Maine people. As we fight the COVID-19 pandemic, the biggest threat to public and economic health in recent memory, affordable, high-quality health care has never been more important. No one should have to worry that a visit to the doctor, the pharmacy, or the hospital could bankrupt themselves or their family. The Affordable Care Act is the law of the land, it has improved the lives of millions of people, including tens of thousands here in Maine, and the Supreme Court should put an end to this partisan attempt to take that away.”

On Tuesday, President-elect Joe Biden defended the ACA in a speech. 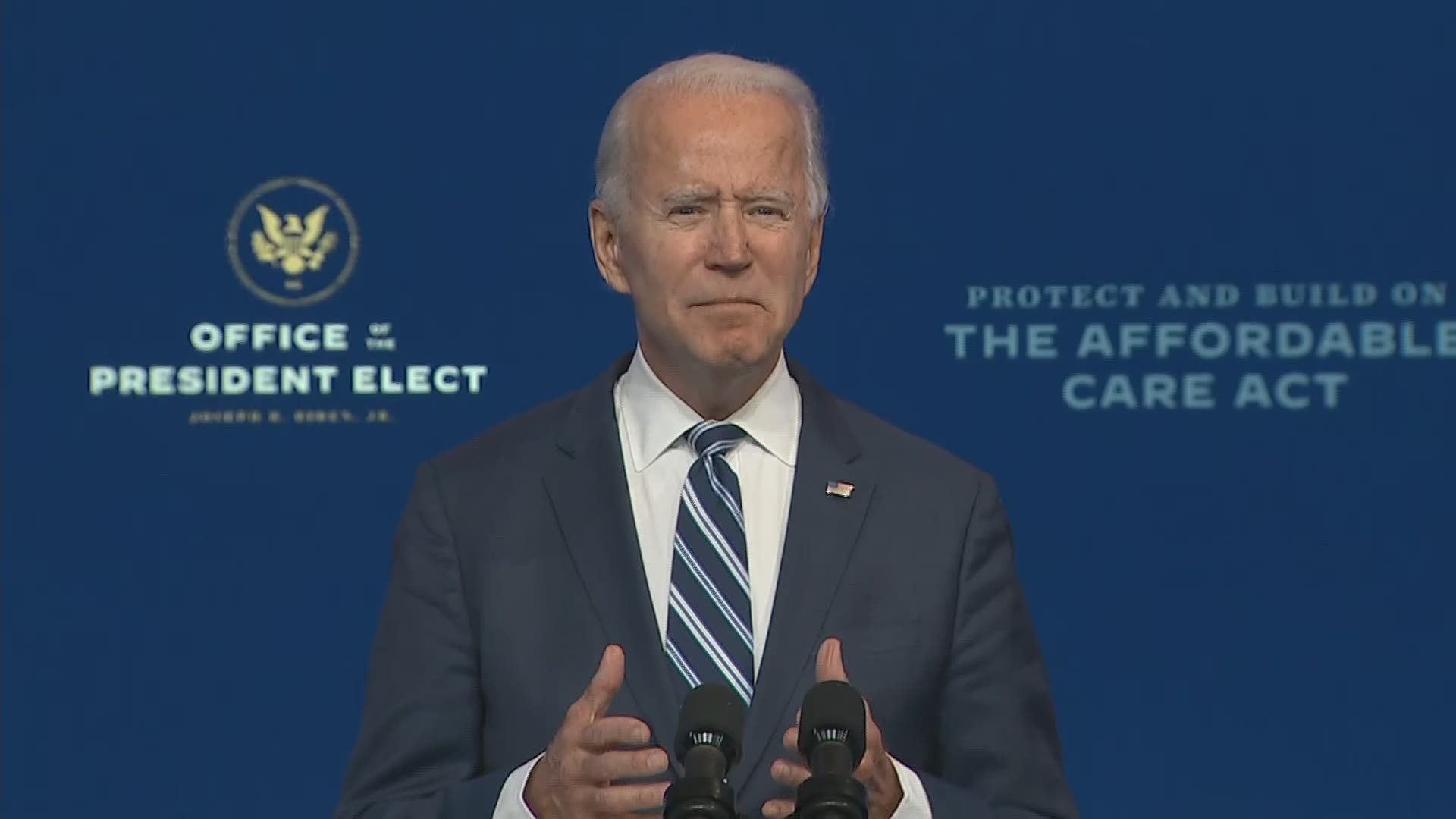