"They put patients first, but too often they are not given the respect they deserve. And all of this was true even before COVID-19," patients wrote in a letter. 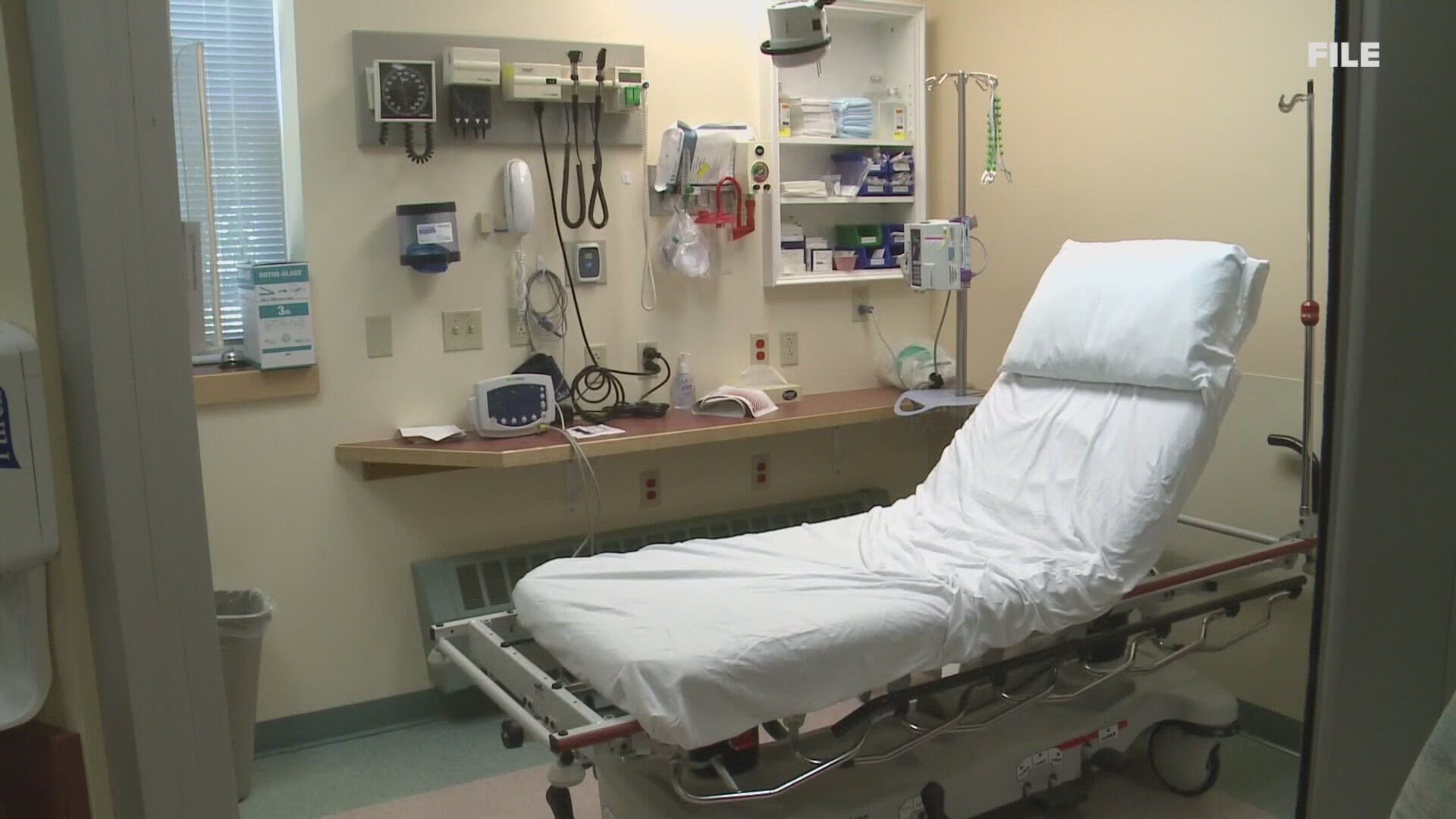 PORTLAND, Maine — On Wednesday a group supporting the movement for nurses at Maine Medical Center (MMC) to unionize held a press conference. But it wasn’t nurses who spoke.

There has been a lot of controversy surrounding the nurses’ union effort. Late last week, Maine’s Democratic legislative leaders accused the hospital of “strong-arming” the effort to unionize nurses.

MMC said it disagrees with the assertions made by those lawmakers.

On Wednesday, patients spoke out about why they think unionizing needs to happen. Those patients—members of the group “Friends of Maine Med Nurses”—wrote a letter explaining why they believe nurses need to unionize.

The letter claims that too much is demanded of nurses and that they are not given the respect they deserve.

"Nurses give their all. They are the constant at Maine Med. They are the backbone," the letter reads in part. "Nurses stand up for us and our loved ones, they answer our questions, they heal our kids, they explain procedures or medicines we struggle to understand, and they become part of our families when our fathers and mothers, our aunts and uncles, our brothers and sisters, our friends and co-workers, and, God help us, our children and grandchildren draw their last breaths."

"They are overworked. They are underpaid. Too much is demanded of them. They put patients first, but too often they are not given the respect they deserve. And all of this was true even before COVID-19," the letter continued.

Those who spoke Wednesday said they think a “Yes” vote to unionize is important for these reasons.

The letter was signed by more than 1,500 current and former MMC patients and their families.

"When I heard when the nurses were organizing a union, my first instinct was ‘I want to support the nurses.’ So there wasn't a heck of a long thought process,” said Todd Chretien, the author of the letter. “It was really kind of a knee-jerker. These are people who have meant a lot to me and my family, both in good times and in bad times. It was a no-brainer to step in there and do what we could," he said.

NEWS CENTER Maine spoke to two nurses on either side of the issue and about patients weighing in on the matter.

“I find it really inspiring and motivating,” said Maine Medical Center RN, Michelle Burke. “They are the reason why we’re doing this. I’m in support of the union that way my colleagues and I can have a seat at the table to help make decisions for our patients,” Burke said.

“As far as the patients speaking, I would be very curious to know where they are getting a lot of their information from. The main reason I don’t want a union is because I go into work every day and I know that if I run into a situation where I maybe need more help, I can pick up the phone and have those resources available,” said Maine Medical Center RN, Amanda Milliard.

In a statement in response to the press conference Wednesday, MMC urged nurses to educate themselves on the pros and cons of bringing in a union, and believe once they do, they will see the best way to build on the tradition of outstanding care is to vote “No.”

“Maine Medical Center nurses have a history of providing outstanding care to patients. We urge our nurses to educate themselves about the pros and cons of bringing in a union to represent them,” MMC said in the statement. “We believe once they do, they will see that the best way to build on the tradition of outstanding care at Maine Medical Center in support of our community is to vote 'no' on unionization and continue to work directly with their colleagues and leaders on behalf of our patients."

About 1,900 nurses who are eligible to vote will have the final say. They’ll be mailed ballots at the end of the month.