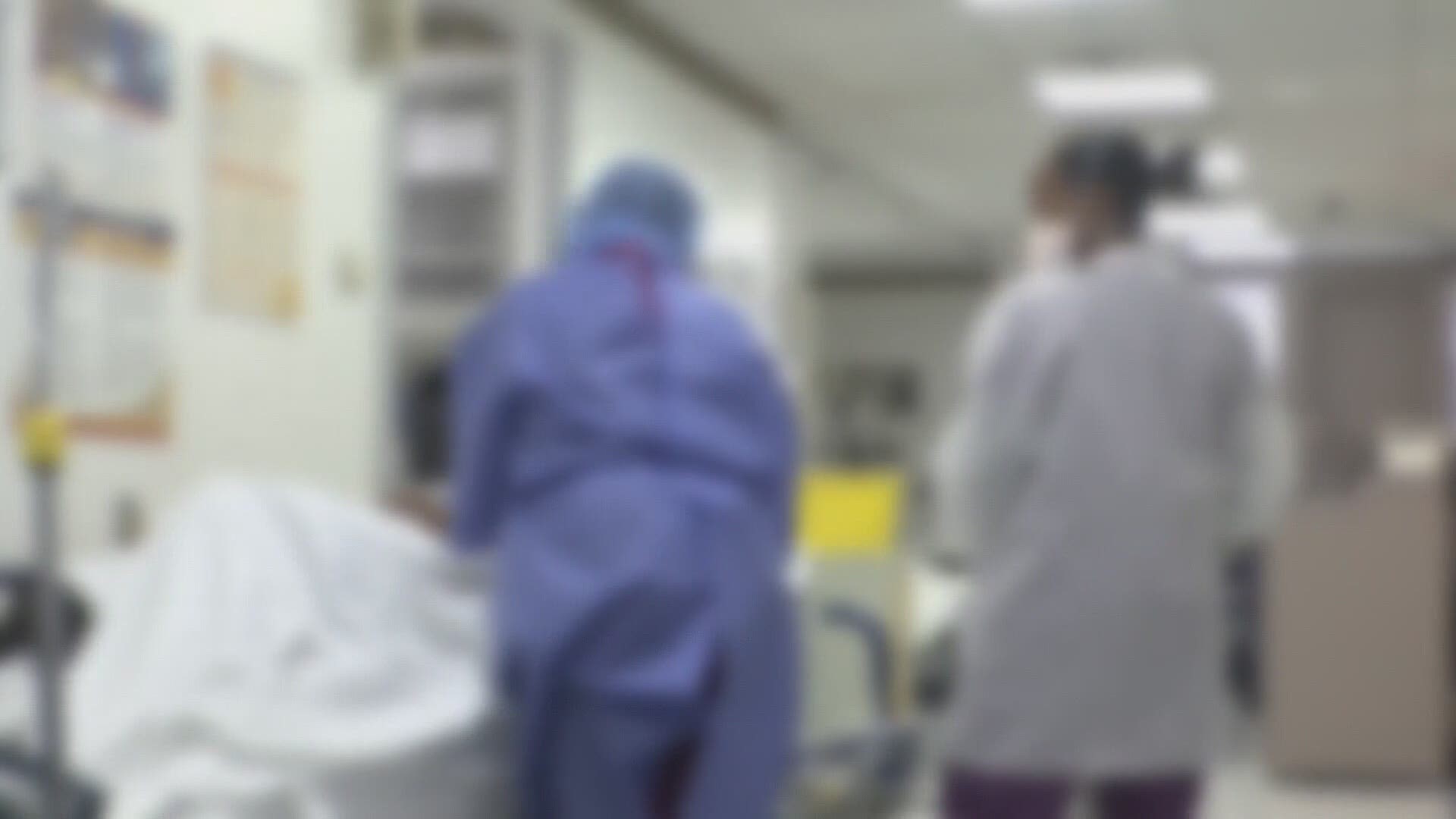 MAINE, USA — The votes are in. Nurses at Maine Medical Center (MMC) have voted to unionize, according to Maine State Nurses Association/National Nurses United.

The RNs voted 1,001 to 750 in a mail ballot election counted by the National Labor Relations Board, to form their first-ever union.

“It’s a new day for nurses and patients across Maine,” said MSNA President Cokie Giles, RN. “I am thrilled for my colleagues at Maine Med, for their resolve to win a collective voice for their patients and their community. And I look forward to working with you for the future of high-quality patient care for all Maine residents.”

MORE: Maine Medical Center leaders are responding to the vote saying they “hoped for a different outcome.” @NEWSCENTERmaine pic.twitter.com/MsOp6LAxpQ

"This is an exciting opportunity to work on the next steps of growing the union--adding more people," Maine Medical Center RN Michelle Burke said.

The RNs cited growing concerns about inadequate staffing, mandatory scheduling that requires nurses to rotate between working days and nights that they say leads to burnout and fatigue, lack of meal and break relief, assignments to work in units for which they do not have clinical experience and proper orientation, and other workplace complaints and standards.

Noting how the nurses lost another attempt to form a union two decades ago, Float Pool RN Julia Koger said that since then “we’ve fallen behind on staffing, working conditions, and other benefits. This has only contributed to worsening retention. Meanwhile, nurses at union hospitals have been able to protect what they have and bargain for improvements. Nurses and patients at Maine Med deserve nothing less than that same right to bargain collectively.”

Challenged votes were not counted, a spokesperson says. He said voter turnout was about 93 percent. @newscentermaine #maine https://t.co/bZAAOHZ9qd

Some of Maine's top Democratic leaders have outspokenly supported the effort. They sent a letter to Maine Med, writing some hospital consultants wrongfully tried to deter nurses from voting in favor of unionizing.

Maine Med officials say that was not the case, and have opposed the union. In a statement,  MMC president Jeff Sanders said:

“We had hoped for a different outcome as we believe that the best way for Maine Medical Center to remain the region’s premier provider of medical care is to work directly with our care team members,” said Jeff Sanders, MMC president. “We will continue to put the care of our patients and welfare of our care team at the forefront of our decision making including putting our core values of respect, integrity, excellence, ownership, innovation and being patient-centered into action.”

“Throughout the coronavirus pandemic, our dedicated health care professionals have worked around the clock to save lives. They serve our state with acts of heroism every day and, like all working people, deserve the right and ability to advocate to improve their lives and livelihoods.

President of the Maine Senate Troy Jackson reacted to the news by releasing the following statement:

“Congratulations to the hardworking nurses at Maine Medical Center for securing the right to band together, form a union and speak as one collective voice. After a tough year responding to a global pandemic, MMC nurses deserve to have their voices heard and respected by management when it comes to providing first-rate care to Maine patients.

“There’s no question that this union drive wasn’t easy. The deck was clearly stacked against the workers with the hospital launching one of the most aggressive anti-union campaigns Maine has seen in quite some time. Yet, the nurses never wavered. From day one, the MMC nurses were committed to fighting for a seat at the table where they could advocate for fair wages and good working conditions while pushing back against shortsighted policies that lead to turnover and burnout.

“Throughout the union drive, hospital management has said time and time again that it would respect the will of its workers and the results of the ‘open and fair election.’ Now that the votes have been counted and it’s clear where nurses stand, I expect Maine Medical Center to stand by their own words so both parties can get to work negotiating a fair and transparent contract.”

Both the hospital and the union said there is no date set yet for contract negotiations.

The video below aired before the results were released.