A bill that could end non-medical exemptions for routine childhood vaccines required by schools and certain health care facilities, got one step closer to a reality Tuesday. 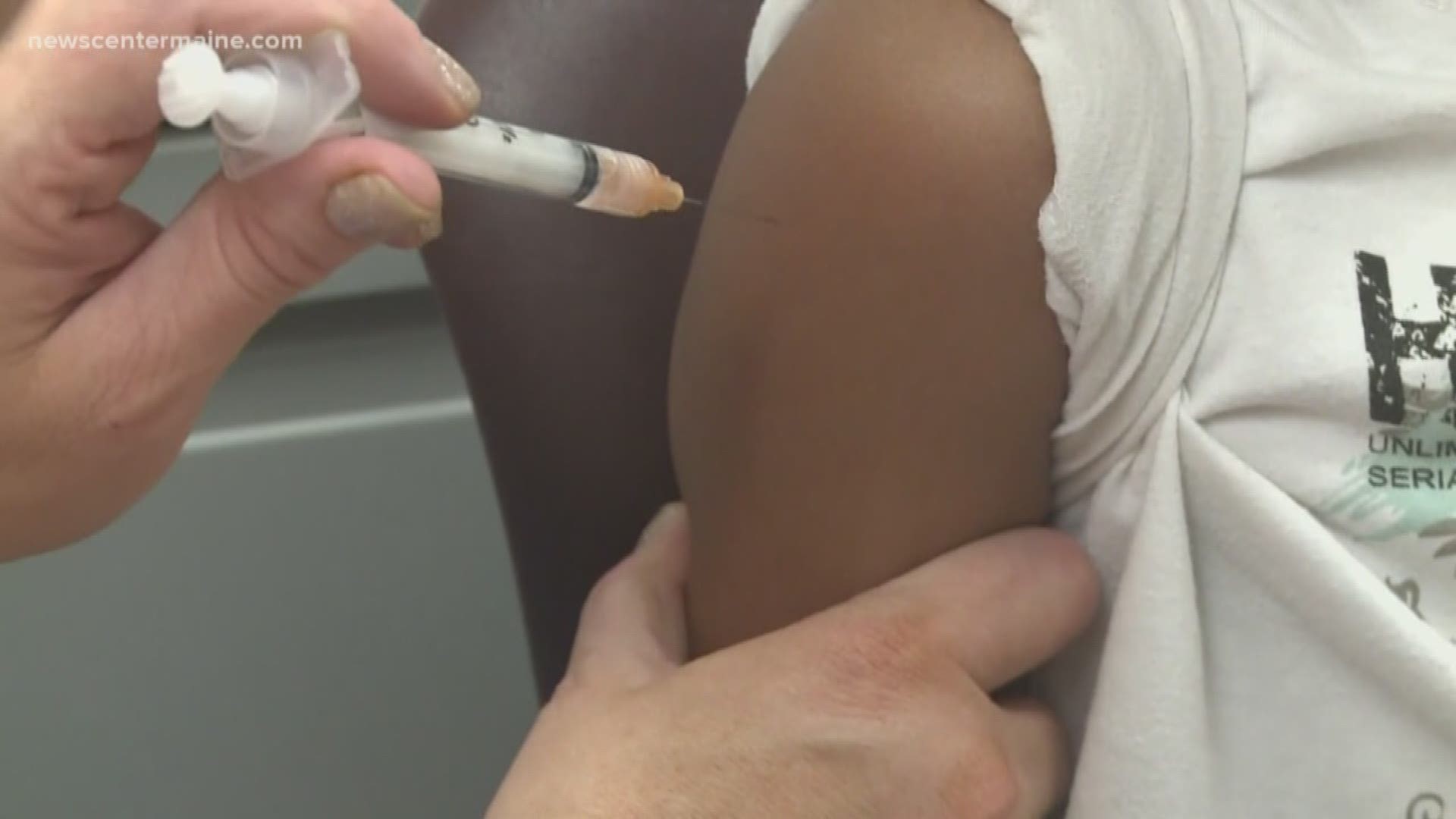 AUGUSTA, Maine — A bill that could end non-medical exemptions for routine childhood vaccines required by schools and certain health care facilities, got one step closer to a reality Tuesday.

The Maine House passed the vaccination bill by 78-59 Tuesday, April 23.

Of the 78 supporters, many spoke. Including Rep. Genevieve McDonald (D-Stonington).

"Their choice not to immunize also puts our most vulnerable citizens at risk. The very young, the elderly, the infirm, and those who are not medically able to be immunized," McDonald said.

The Legislature's Education and Cultural Affairs Committee held a work session and heard from the public earlier in March.

RELATED: Hundreds of Mainers descend upon the State House to testify about vaccine bill

Multiple studies have debunked claims that measles, mumps and rubella vaccinations increase the risk for autism. Maine has one of the nation's highest rates of pertussis, also known as whooping cough.

But opponents argue that Maine parents should remain able to opt-out on religious or philosophical grounds. Meanwhile, a Republican's bill would leave medical exemptions at the "sole discretion" of anyone authorized to administer vaccines.

Members of Maine Collation for Vaccine Choice say this is just one vote and they're not giving up.

"We’re just gonna keep on doing what we’re doing and plugging along and work the state house and hopefully getting the message across that people should have the right to choose what they put into their bodies," Becky Grant-Widen said.

RELATED: Pertussis is widespread in Maine

Federal data shows Maine had among the highest rates of non-medical vaccine exemptions in 2017-2018. Oregon and Washington are also considering bills to end non-medical exemptions for childhood vaccines.

This bill will next be debated and voted on in the Maine Senate. Likely on Thursday.