The rare tumor went undetected for months because the mother of four was pregnant. 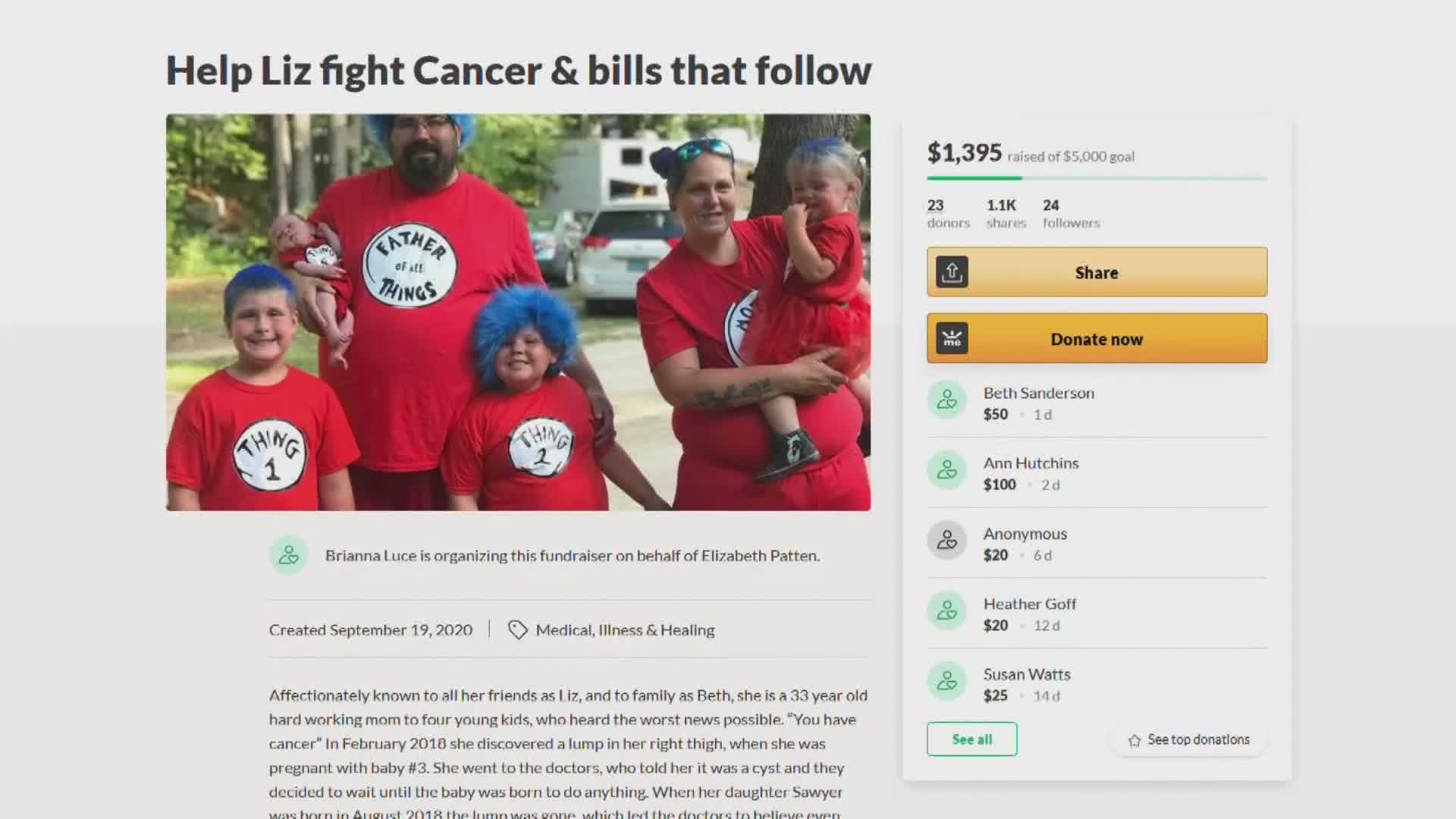 ROCKLAND, Maine — The Rockland community is rallying around a mother of four who is fighting a rare cancer which happens in fat tissue.

The tumor, called myxoid liposarcoma, went undetected for months because Liz Patten was pregnant. Doctors said undergoing a MRI would expose her to a chemical that might not be safe for her unborn daughter. Despite the delay in diagnosis, there is potential for a full recovery.

When Patten was pregnant with her two-year-old daughter, Sawyer, a small lump appeared in her right thigh. Patten didn't experience any pain or other symptoms. Doctors watched and it disappeared by the end of the pregnancy.

Earlier this year when she was pregnant with her fourth child, Cydney, a lump reappeared in the exact same spot.

"It came back and it swelled up to ten and half by 11 centimeters," Patten said.

Doctors chose not to have Patten undergo an MRI with a contrast agent that can help enhance difference in soft tissues and organs, because of concerns about putting her baby at risk.

Cydney was born healthy in early June. Removing the cyst didn't take place until August due to a backlog of surgeries due to the COVID-19 pandemic. It was then sent to the Mayo Clinic to be analyzed. Doctors broke the news in mid-September.

"It came back as a rare tumor sort of fatty tissue cancer," Patten said.

The results found that the 'cyst' was actually high grade myxoid liposarcoma. The cancer is slow growing and often painless, but it can spread to other limbs. Patten has been referred to Dana Farber Cancer Institute in Boston.

She will have to undergo a CT scan to see if the cancer has spread. She is also facing additional surgeries in her leg and radiation treatment.  She may have to stay in Boston for more than a month. Her fiance, Adam Theriault, plans to travel back and forth and take care of their kids, who range from three months old to nine years old.

A GoFundMe account has been set up to help the family with expenses, including travel and lodging, while Patten is undergoing treatment. While her prognosis won't be known until she is seen by experts at Dana Farber on Thursday, the family is hopeful for a full recovery.

For information on how you can help Liz Patten through GoFundMe.

For information on myxoid liposarcoma from the National Institutes of Health, click here.