The proposal would require Maine fire departments to switch to a foam free of harmful industrial chemicals. 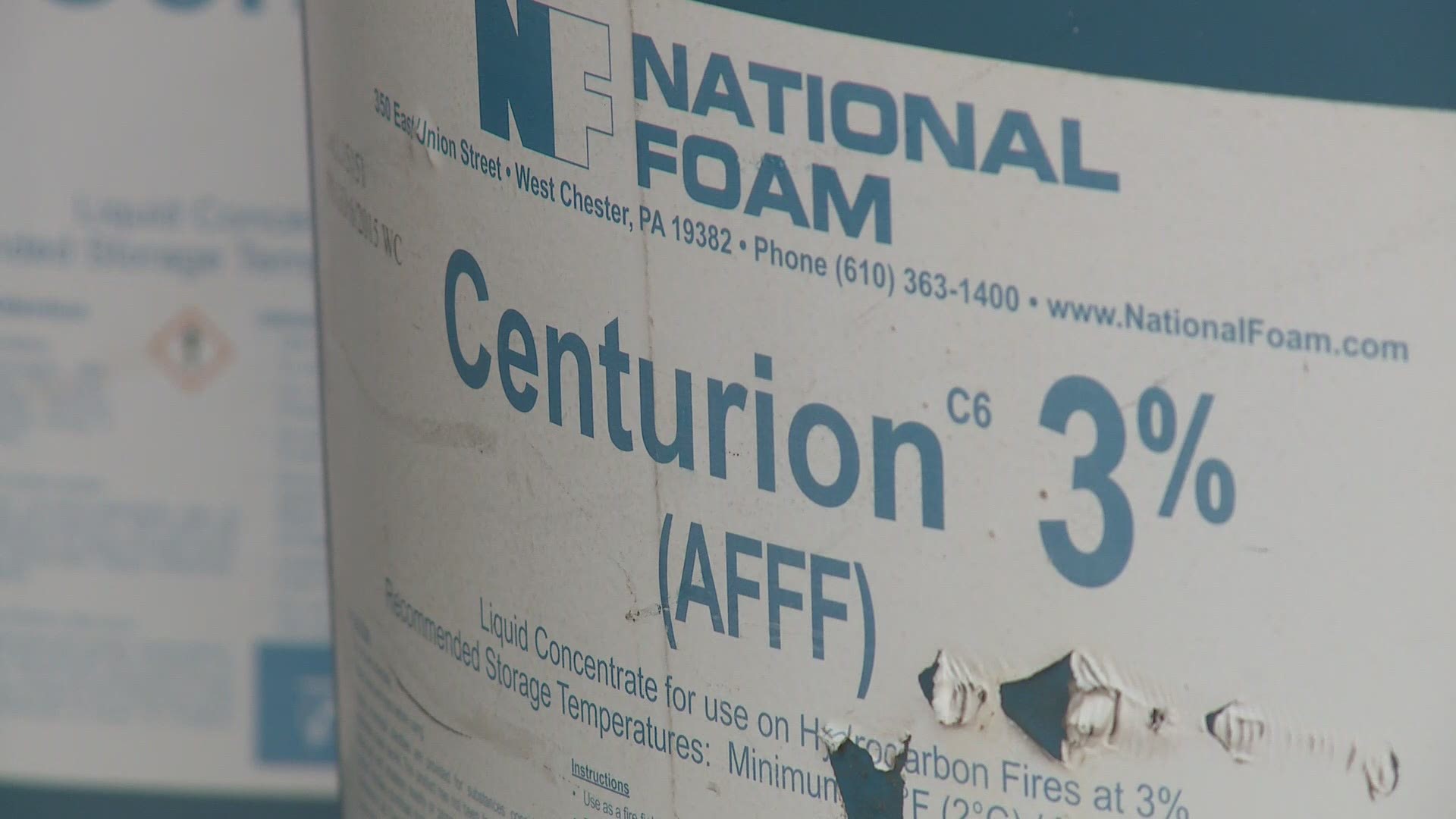 SOUTH PORTLAND, Maine — A bill is making its way through the Maine Legislature that would require the majority of Maine's fire departments to transition to using a foam free of harmful industrial chemicals.

The compounds, which are also found in household products, are linked to medical problems, including organ cancers and immune system function.

PFAS, a class of industrial chemicals is the key ingredient in firefighting foam used to combat high heat fires. Developed by the military, AFFF is considered the most effective tool against flammable liquids.

"We have heating oil, we have gasoline, we have jet fuel all located in in terminals in South Portland," Lt. Robb Couture, the public information officer for the South Portland Fire Department said.

With more than 100 tank farms located throughout the city, the department has several foam pumper trucks at its disposal. This trailer stores enough concentrate to make tens of thousands of gallons of foam, which can be directly pumped into a tank smothering the flames and fumes.

"We want the most coverage from the product that we can possibly get," Couture said.

A bill being considered by the legislature's Environment and Natural Resources Committee would restrict the sale of PFAS firefighting foam in Maine. It would also require manufactures to recall, buyback, and replace AFFF with a PFAS free alternative by January of 2022. At a recent public hearing, lawmakers heard concerns about how those provisions would be enforced and the potential financial burden on fire departments.

"Any foam take back without the immediate replacement of an equally effective life-saving product may impact public safety, especially when a fire department has no funding available to replace it," Kerri Malinowski, safer chemicals program manager for the Department of Environmental Protection.

Federal law requires the use of PFAS firefighting foams at airports. The FAA is under congressional mandate to switch to fluorine-free firefighting foams by October of this year. The Department of Defense has until 2024 to come up with a PFAS free alternative foam.

"If South Portland or the others that have the oil tanks need to purchase fluorine-containing foam they can until the DOD certifies the alternative," Patrick MacRoy, the Deputy Director of Defend Our Health, an environmental advocacy organization that helped write the bill, said.

South Portland fire officials and other communities, meanwhile, remain in a holding pattern, waiting for an effective replacement to protect the community and a way to get rid of its stockpile safely.