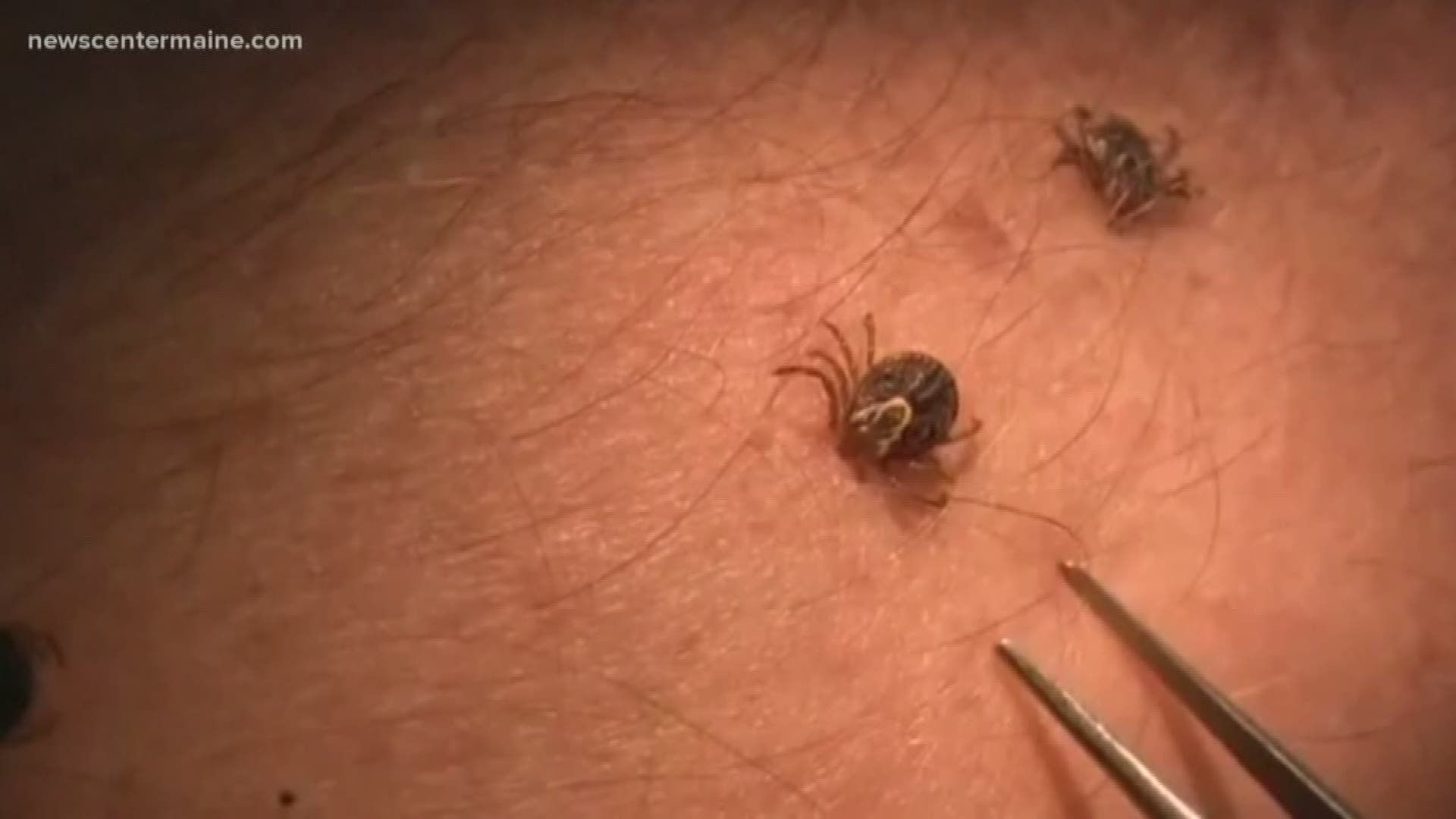 MAINE, USA — The Maine Center for Disease Control and Prevention (CDC) said it received a record number of Lyme disease case reports from health providers in 2019.

As of Jan. 16, 2020, Maine CDC said 2,079 cases were reported. This is the highest number of cases ever reported in the state and, according to Maine CDC, the number may continue to rise as providers make additional case reports.

Lyme disease is caused by bacteria carried by infected deer ticks. The hallmark sign of the disease is a rash referred to as the "bull's-eye" rash due to its pattern on the skin. This rash occurs in just over 50 percent of patients in Maine, usually within three to 30 days of a tick bite.

Other symptoms include fever, chills, headache, fatigue, and muscle and joint aches, with later signs of illness including arthritis and heart problems. Lyme disease cannot be transmitted from human to human.

“While we can’t yet speculate about the reason for this increase, these new numbers emphasize the importance of preventing tick bites,” Maine CDC Director Nirav Shah said. “Lyme disease and other tickborne diseases are on the rise, so Mainers need to proactively protect themselves.”

Although ticks are not normally active during the winter, Maine CDC said they can be out anytime that the temperature is above 40 degrees, as it was last weekend.

Maine CDC recommends that residents and visitors protect themselves by using the No Ticks for ME approach: