His story is the focus of a book which is helping other families get their kids on the road to healing. 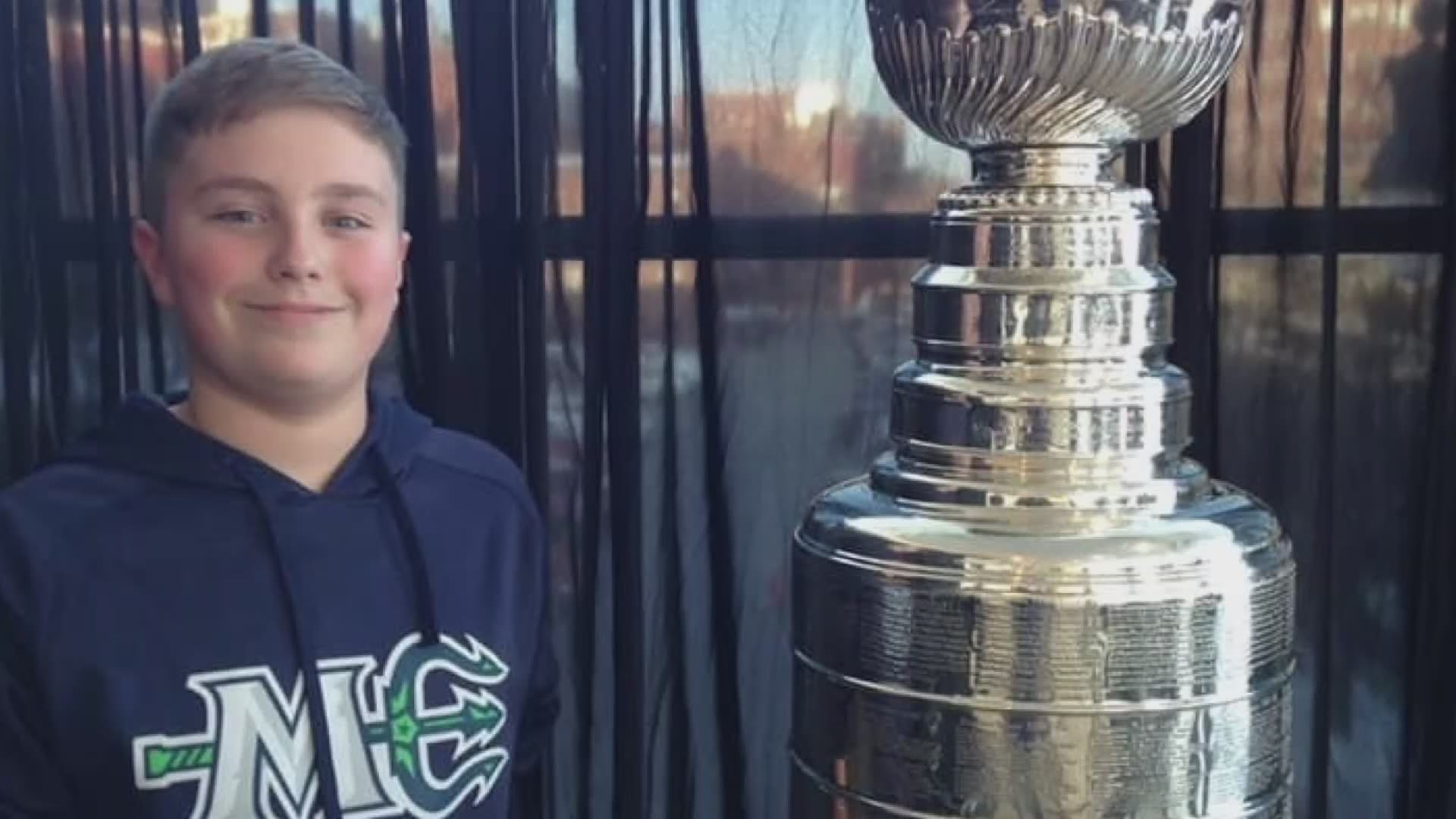 PORTLAND, Maine — Team sports may be on hold because of the pandemic, but experts say concussions can be a fact of life for many kids.

Data shows that between one and two million concussions occur annually among kids 18 years old and younger.

In most patients, symptoms occur within the first seven to 10 days and go away within three months.

But in some cases, symptoms which include headaches, light sensitivity and headaches can persist for months. That's what happened to a 13-year-old from Portland, who suffered two concussions a month apart while playing hockey. His story is now the focus of a book which is helping other families get their kids on the road to recovery.

"You can hear a pin drop and it's just your child lying there motionless on the ice," Lucas's mother, Melissa Malone-Soutuyo, said.

More than two years ago, a hit from behind by a player from the opposing team sent her then 11-year-old son Lucas headfirst into the boards. Fortunately, he didn't exhibit any symptoms of a spinal injury or a concussion. Lucas went back to school and returned to the ice within a week. But a few weeks later at another game, it happened again.

"A kid came and skated at him from the side and knocked him into the boards in the right side of his head and he went down again,"  Melissa said.

This time there were symptoms of a concussion.

"He had a definite headache, he was sensitive to light and nausea," Melissa said.

Melissa is an occupational therapist and Lucas's dad is a former athletic trainer for the Portland Pirates.

They kept Lucas home from school to make sure he rested and limited his visual stimulation, including electronic devices, which is the recommended protocol.

But Lucas couldn't return to the sport he loved and had started at a young age. As the weeks went on, his symptoms didn't improve. Even riding in a car made him sick. So they took him to Dr. John Dolan, a neurologist.

"He said keep doing what you are doing, really limit his visual stimulation, so it was still no electronics," Melissa said.

Lucas returned to school but his symptoms lingered on for nearly three months. Worried about post concussion syndrome, Melissa reached out to an occupational therapist who specialized in concussion treatment.

An evaluation discovered that Lucas was suffering from eye spasms and had soft tissue problems stemming from whiplash.

The OT recommend that Lucas see Mike Hersey, a physical therapist and the director of the Southern Maine Health Care Sports Performance Center.

Hersey recommended strengthening exercises for the youngster's eyes and neck to help him build up his strength to tolerate any potential hits to his head in the future.

Over the next several months, Lucas improved so much he was able to return to sports in the fall. He took an elbow to his temple playing basketball. But following his physical therapist's protocol, he recovered within a few weeks - in time to return to the ice.

Melissa says her son now skates with more confidence and less fear thanks to an ongoing strengthening program.

"I still watch games with baited breath I guess, but he is really comfortable. I didn't want him to be afraid," Melissa said.

Melissa chronicled her son's experiences in a book, "Lucas's Story: Our Family's Journey Through Youth Concussion Recovery." Available on Amazon, she wanted to help other families who may not be aware that there are available providers who specialize in concussion treatment.

"When your kid is the one out of ten that doesn't get better, then it's like 'where do I go where do I go,' you don't go looking for the information until you need it, that's what happened to us," Melissa said.

Melissa hopes the book will help other families get their student-athlete on the right path to treatment and healing to allow them to play sports again.

The Centers for Disease Control offers a free, online course available to coaches and parents, to help keep student-athletes safe from concussions.

Information from the CDC about brain injuries and concussions can be found HERE.

RELATED: How an Ohio company is using a hedgehog to help solve football's concussion problem

RELATED: Kids light up in PSA that compares youth football dangers to smoking