The Maine Equal Justice group is asking that dental coverage be included for all adults on Medicaid and urges support from the Governor's office. 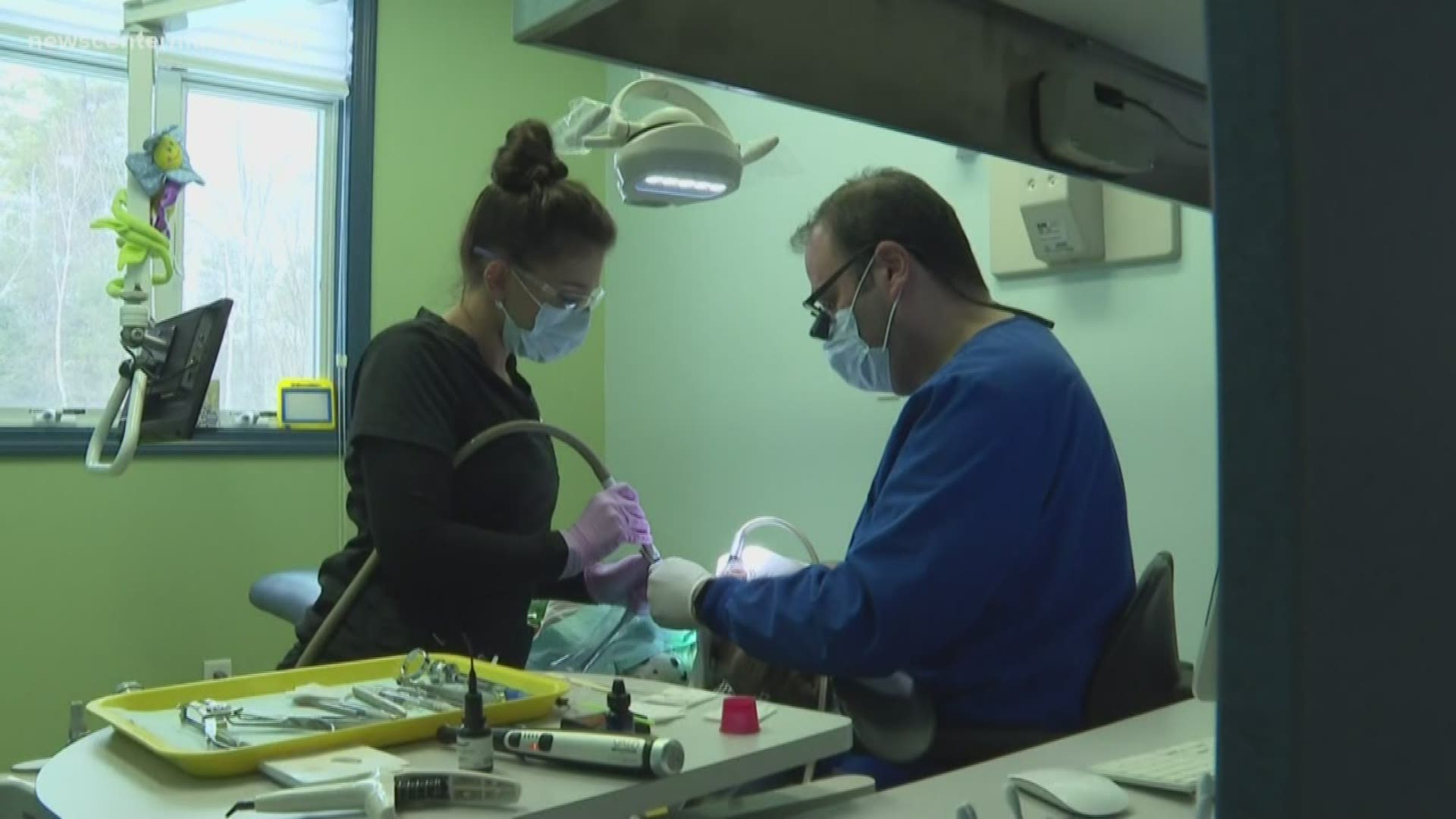 A year after Maine expanded Medicaid coverage to thousands of working-age adults, there is a new effort to provide dental coverage to all adults on Medicaid.

In Maine, people under age 21 can get comprehensive dental care under Medicaid, but not adults. The supporters of adding those benefits say dental care is part of health care, and that helping people have better teeth will help them find better jobs and avoid emergency room visits. Dr. Jonathan Shenkin of Augusta, past president of the Maine Dental Association, says his practice treats only children, including those covered by Medicaid, but that parents often complain of being unable to afford dental care for themselves.

Sue Drew, a dental hygienist at the health center in Eastport, says it’s common for adults to not receive me seek dental care.

"Patients only seem to return when they have a toothache. They have waited too long unfortunately and often at that point to save a tooth is very expensive," Drew says.

Supporters of the bill estimate 150,000 adults on Medicaid would be eligible for care if the bill to provide it becomes law. They say about 70,000 of them would likely seek care each year—after a likely initial surge of new patients seeking treatment. They did not provide a cost estimate, but agree it would likely be many millions of dollars,.

A spokeswoman for the Department of Health and Human Services says it is "reviewing" the proposed legislation, but there is no decision yet whether to support it. A public hearing is scheduled for January 27.

RELATED: Clearing the waiting lists is a step in the right direction