Friday, the CDC advised individuals to consider not using e-cigarettes at all while it continues to investigate at least 450 severe lung injury cases nationwide 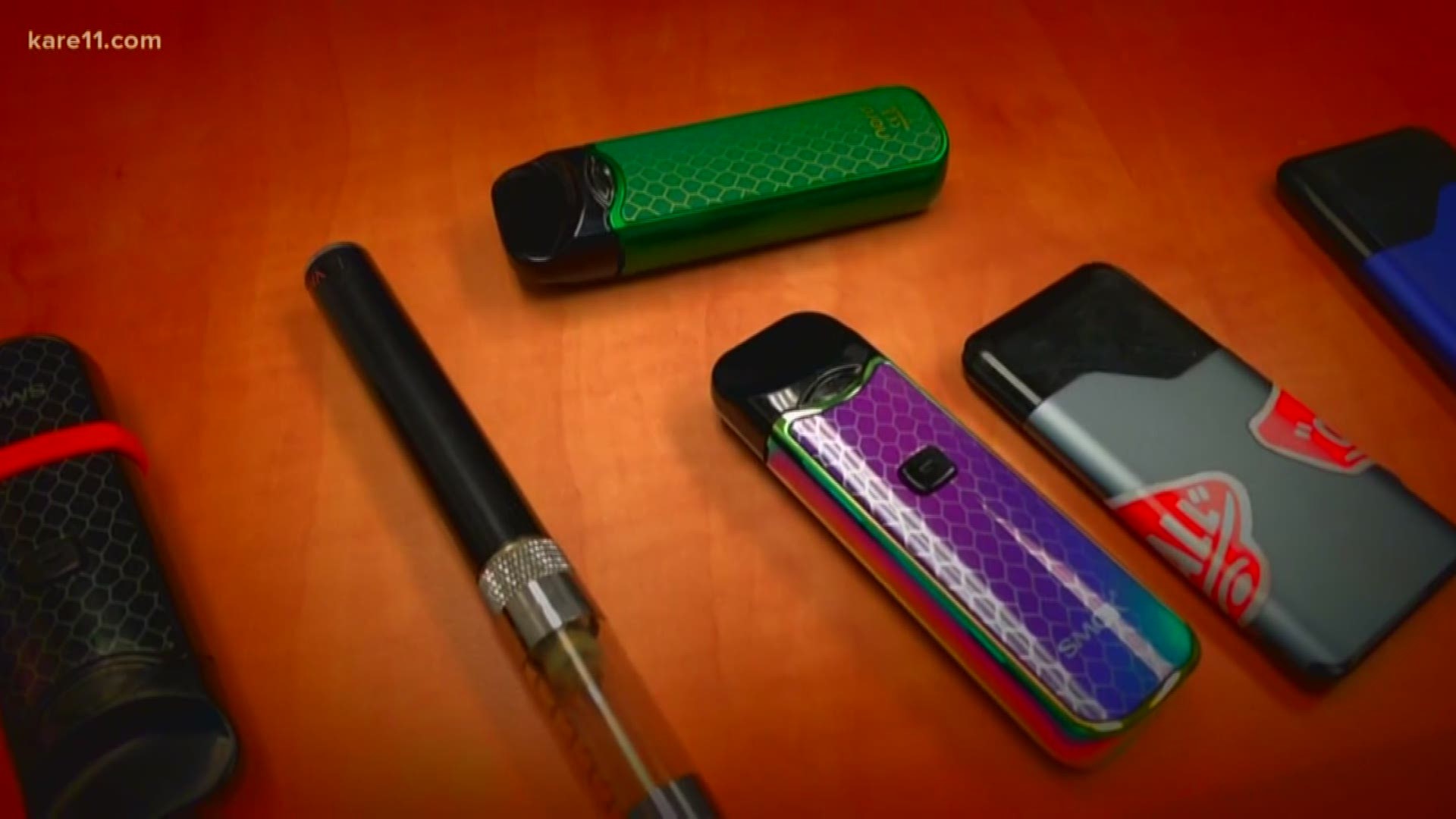 GOLDEN VALLEY, Minn. — Minnesota is now up to 35 potential cases of vaping-related severe lung injury, but the Department of Health is dividing them into a couple of categories. There are 22 "Confirmed/Probable" cases and another 13 are considered "Under Review".

RELATED: 21-year-old from Brooklyn Park among those suffering lung damage linked to vaping

Dr. Richard Danila: "We're still getting reports of cases where the hospital or doctor never reported it to us, so we're still finding some cases."

Kent Erdahl: "Is some of this a challenge because you have people who can't speak right now? They might be on respirators?"

Danila: "In addition to reading medical records, we want to interview each person, each patient and some of them, of course, can't speak."

Erdahl: "It doesn't sound like (MDH) has a concern with THC itself?"

Danila: "So there's not a single case, anywhere in the country that has been associated with the use of a legal, medical marijuana product. Instead, what we're seeing is a bootleg or illicit product that, when we interview people, they say they got it on the black market, they got it from a drug dealer, they got it from a friend."

While all of Minnesota's cases are linked to illegal THC so far, the CDC is reporting that it's not quite the case nationally. So, on Friday, the CDC advised that individuals consider not using e-cigarettes at all while it continues to investigate at least 450 severe lung injury cases nationwide.

Danila: "If you look across the country, anywhere from 85-90% of the country divulged that they vaped THC. You have to kind of remember that it's illegal so if someone doesn't tell you that they vaped illicit THC, it might because they know it's illegal, or because mom or dad are in the next room and they don't want to say that they did that."

Danila: "They're just taking a more conservative approach, since they can't say for sure that all the cases vaped illicit THC, they're just being a little more conservative. They're saying, when in doubt, don't vape at all, even a legal nicotine product. Our message was, at this point in time, we're recommending not to vape an illicit product or something that you bought on the black market. Oh and by the way, vaping is not good for you, so don't vape either, but the outbreak itself is related to illicit THC."

Erdahl: "What are the chances that there is some kind of a smoking gun, or do you have many different things going on?"

Erdahl: "Are there daily communications between federal and state agencies?"

Danila: "Certainly three or four times a week we have either calls with the CDC or with another professional group. You know, we're in constant contact. We still do not have a single national database yet. We're still working on that, so what we have is sort of a collection of 32 different state databases, independent of each other."

RELATED: Juul warned by FDA over claims its e-cigarette is safer than smoking 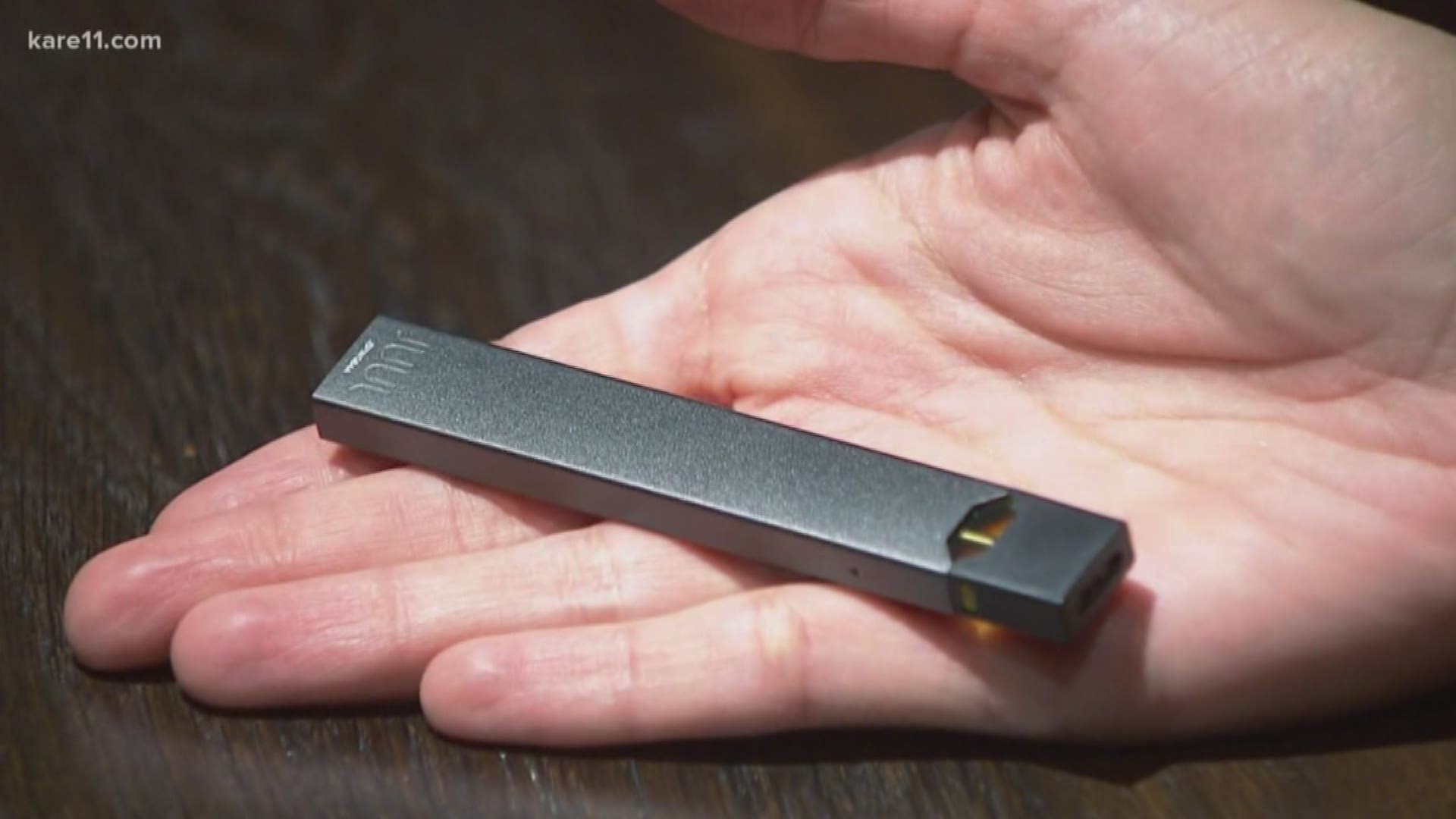