Cole Labore has a severe peanut allergy but after working with medical professionals the 11-year-old NOW eats four peanuts a day to stave off his allergy. 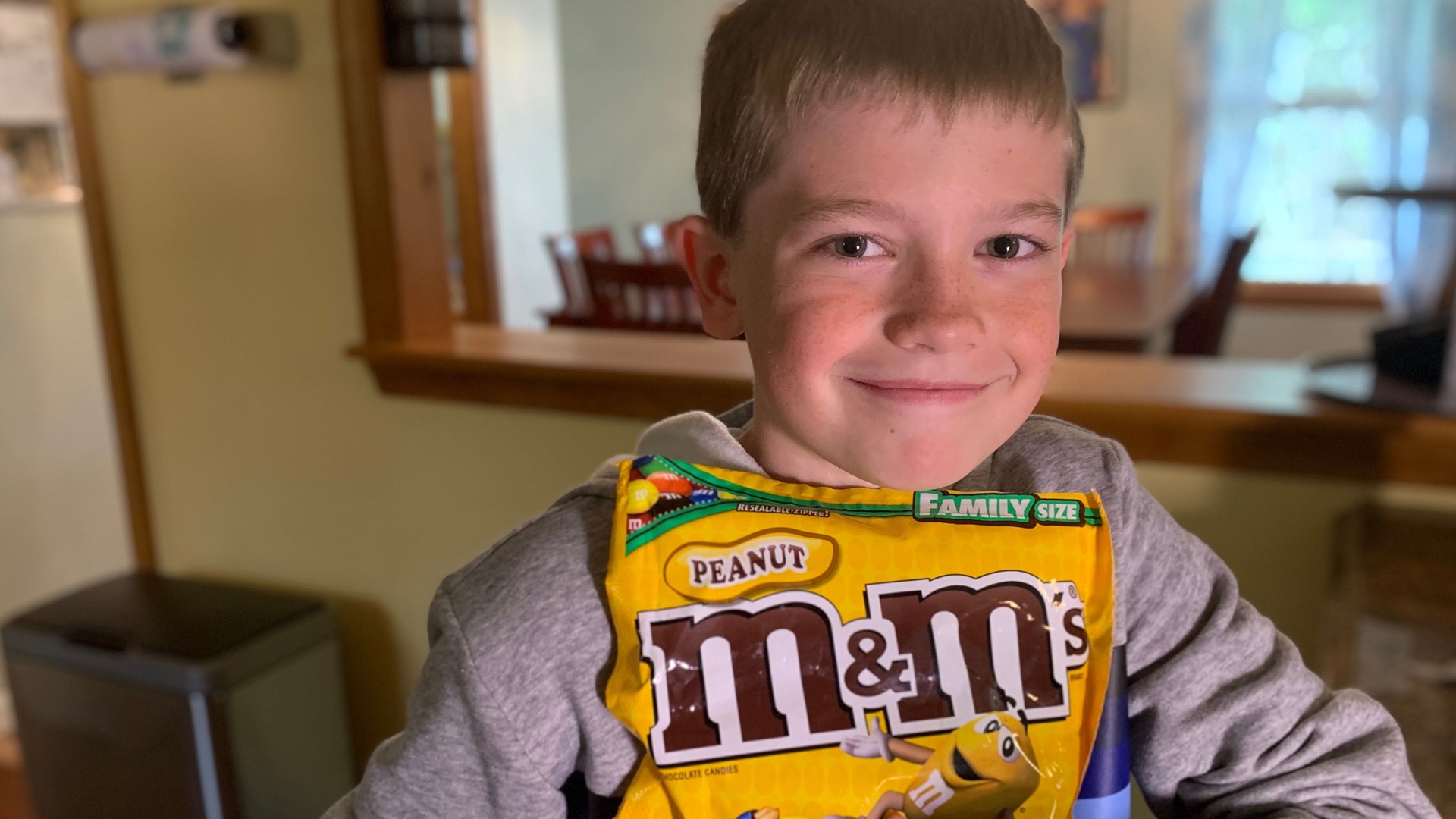 STRATHAM, New Hampshire — From the outside looking in, food allergies can seem innocuous and benign but for the families living with severe allergies, every day can be a minefield fraught with worry and fear - families like the Labores.

Cole Labore is a typical fifth-grader in Stratham, New Hampshire. The 11-year-old loves basketball, baseball, and skiing. He just makes sure, wherever he goes whether walking to the park or going to a sleepover, that he has his EpiPens with him.

Cole has a peanut and tree nut allergy that was detected when he was younger than 1 after some digestive issues and eczema prompted a doctor to test him. When he was just one and a half, Cole's mother shared with him an organic chocolate bar after checking the label and tasting it herself for no nuts. 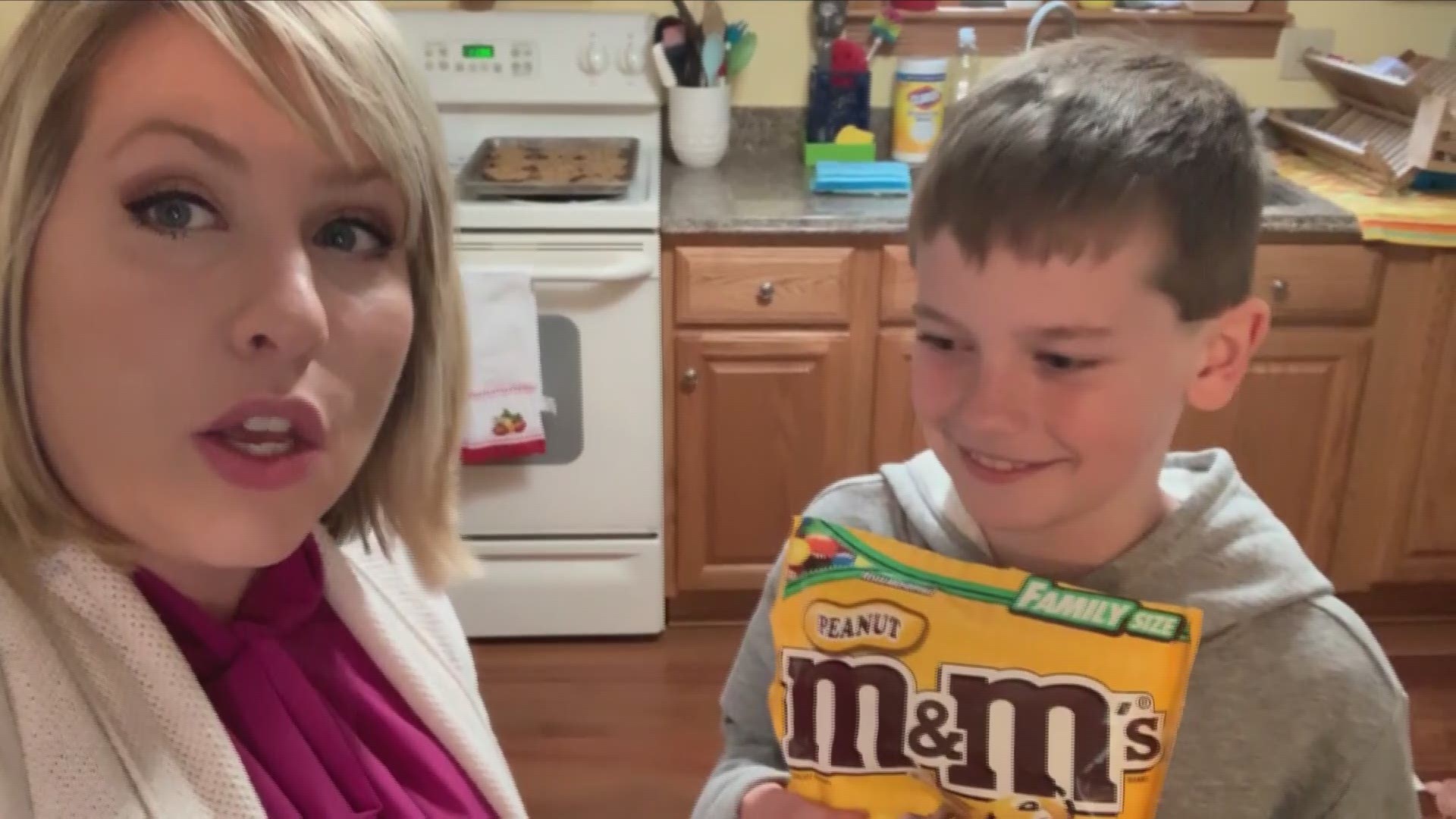 The young toddler was almost immediately covered in hives. His parents, who were still learning about his allergy, decided to give Cole a warm bath. "Over the course of the bath you could see the hives spreading," remembers Jim Labore.

The parents rushed Cole to the hospital. When they arrived medical staff told them their child was having an anaphylactic reaction. Cole was given an IV with epinephrine and almost immediately calmed down.

"After that, we were a nut-free home," says Cole's mother, Carey Labore. "Whenever I think about it my heart races and I'm like oh my gosh that was so scary."

About a year ago, the Labores learned about oral immunotherapy desensitization being done at the New England Food Allergy Treatment Center in Connecticut. (They recently opened another facility in Quincy, Massachusetts.)

The treatment consists of feeding patients an incredibly small dose of the thing to which they are allergic — in Cole's case, they started with peanut flour.

The patient is under close surveillance of nurses and doctors for the first six hours after exposure and if they can tolerate the small doses, they take them home to continue for two weeks. If all goes well, patients return every two weeks to up their dose.

"It was pretty scary at first because all my life I have been told not to eat nuts," Cole says, remembering his first visit to NEFATC.

After a year of the therapy, Cole finally reached a full peanut serving, of four peanut M&M's that he eats every day. Cole has to make sure to drink lots of water and eat carbohydrates before and after eating the peanuts. He also cannot exercise for two hours afterward because that can increase the risk of an allergic reaction.

"You’re still allergic to peanut butter. Its called they are being desensitized. They are not being cured," says Dr. Vallen of the NEFATC in Quincy. Vallen says they have seen an 85% success rate in their patients with the therapy, that is not FDA approved.

While the medical community is not sure why they are seeing an increase in childhood food allergies, according to the American College of Allergy, Asthma and Immunology over the last decade peanut allergies have risen more than 20%, there are plenty of theories.

Vallen says one of them is that children were not exposed to the potentially allergenic food at a young enough age. The medical community is now encouraging children to be exposed to eggs, peanuts, and other foods as young as 4 months old where they used to say wait until they are three.

Cole may still be allergic but the treatment has made a world of difference for his parents and his family who say they have seen his anxiety decrease and that he is more confident.

"Seeing a difference in him, seeing him actually feeling a little bit less nervous and anxious means a world to me as a mother. He feels like he is tackling (his allergy) and doing something about it," says Carey.

After seeing success with peanuts, Carey says Cole will begin the same treatment for his tree nut allergy in the Quincy office in the coming months.

"It changed my life a lot because I was always scared of trying something new. I still have to be careful but I can relax a lot more than I used to,” says Cole.