More than 15-thousand 'kinship families' are believed to caring for children with little or no financial help from the government. 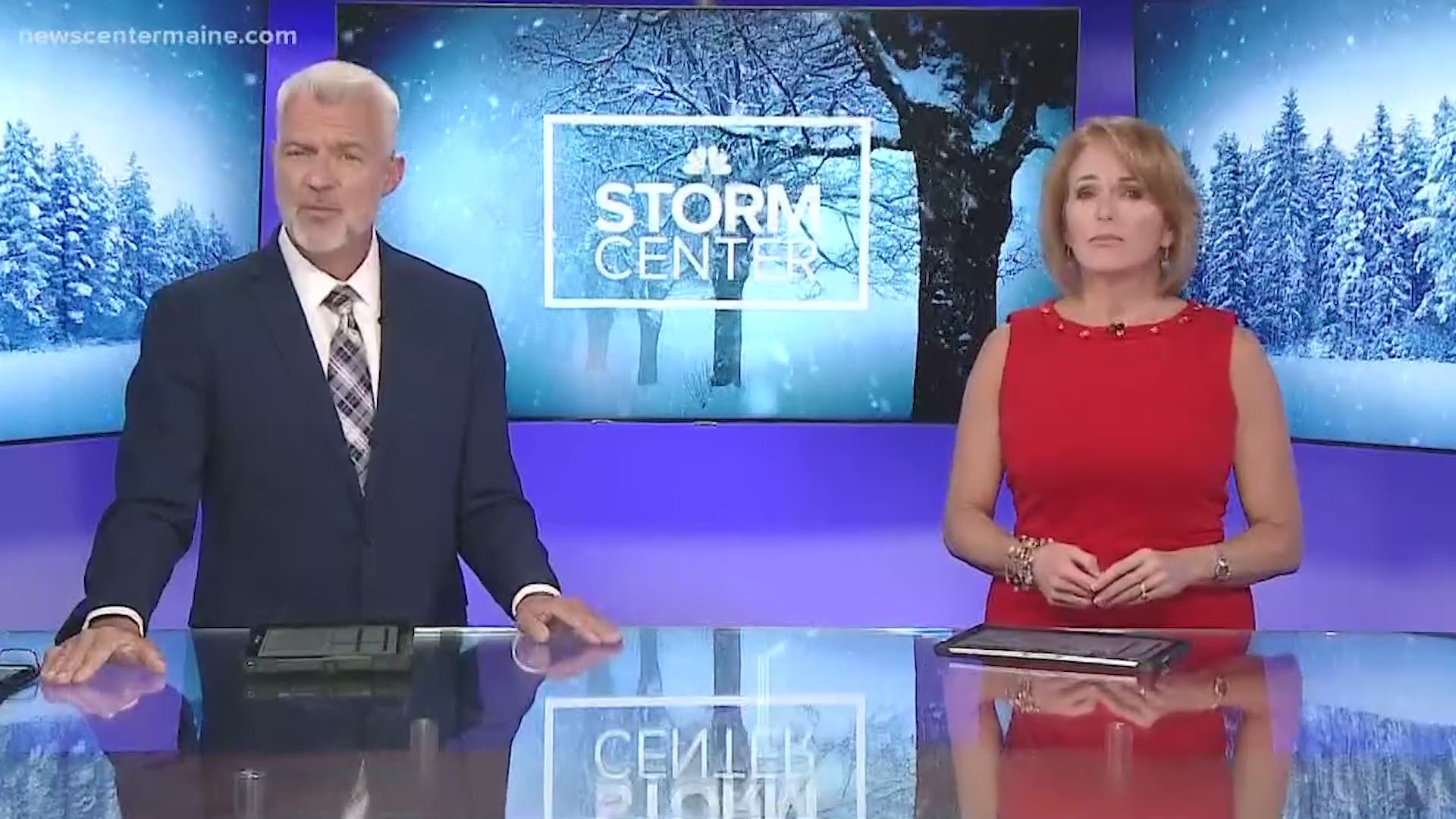 GARDINER, Maine — Grandparents raising grandchildren is nothing new. What is new, is how the opioid crisis is forcing more and more grandparents, aunts, and uncles into providing safe homes for kids at risk. The numbers are off the charts and growing.

The problem -- there is no way to track these 'kinship families' because they happen before child welfare officials get involved.

Many of these relatives are providing love and stability to children of parents struggling with addiction, mental health issues or who are behind bars

With the number of foster homes decreasing across the state, advocates say raising children outside of the system is saving millions of taxpayer dollars. Still, these families are left out in the cold.

Dawn Danforth was just ten months old when she was dropped off by a relative at her great aunt and uncle's house. Born three months premature -- her parents were struggling with addiction issues.

RELATED: Increased reports of child abuse and neglect in Maine

"She had a five percent chance of living, and we fell in love with her. We knew God had a purpose for her, and somebody had to make sure she was taken care of," said Lufkin.

With an older son of their own and a teenage daughter adopted from India, the couple unexpectedly were parents again.

A few months later -- the baby's mother and grandmother showed up to take Dawn home with them.

Two years later, the toddler was brought back to them. Both women were dealing with substance abuse and mental health problems. During that time, Dawn experienced things that still haunt the 7th grader today.

'She saw a lot of fighting, drinking, people taking drugs, having seizures things that scared her that she didn't understand,' said Lufkin.

Because DHHS never got involved with the family -- the couple did not have to become licensed caregivers to raise her.

Adopting the little girl would have meant terminating the rights of her parents. Instead, they became her legal guardians so that she could have contact with her parents.

On Sept. 1, a major revision of Maine’s minor guardianship law goes into effect, and the reforms are aimed specifically at providing more tools for courts to help children and families who must use this form of private child protection.

Deirdre M. Smith, a professor of the University of Maine School of Law helped rewrite the law.

To hear more about the revised minor guardianship law and other issues Kinship families face in the court system, watch the video below:

According to DHHS, the department gives priority to family members after a child is removed from their biological parents.

Those relatives must become licensed by the state: a process that involved passing background checks, undergoing training, and certifications.

The home where the child lives must also pass fire safety inspection. But while they face many of the same challenges, kinship families don't receive the same government supports as foster parents.

Besides the basics of food, clothing, and shelter, they also have to make sure the children, many of whom have emotional and physical disabilities, get the educational and health services they need.

Licensed foster parents receive a 25 to 75 dollars a day per child, based on their medical needs. Foster families also receive an allowance for clothing diapers, based on age and need, plus support for child care and transportation.

Legal guardians can get Temporary Assistance for Needy Families or TANF -- about 150 dollars a month per child, but the amount goes down for other children after that.

The couple in their late 60's work full time to provide for Dawn. Lufkin says kinship families should be valued the same as any parent who is playing a role impacting a child's future.

"I don't think that these kids deserve any less than any other child, but they will never go without," said Lufkin.

Dawn qualifies for Maine Care, the state's version of Medicaid. She undergoes counseling to process the emotions she experienced at such a young age.

"The parents were in a really bad mental state, they weren't getting any help," said JD Carl.

Their parents struggled with addiction; the boy's father was in jail. Their father's brother, JD and his wife Alicia Carl offered to raise them. The boys' older sister went to live with another relative.

Uriah watched his parents be arrested and still worries about the next meal. Alicia and JD did their best to reassure the boys they loved them, and they were safe.

The couple became licensed foster parents so the boys wouldn't be placed in the system and raised by strangers. Following a lengthy two year process, the boys were officially adopted as their own. Over the years, the family began to blend, especially after the arrival of the couple's three biological daughters, Jessalynn, Kaidee, and Jacilee.

The couple said they wouldn't have been able even to consider caring for the boys without the financial help from the state. But that is the reality of thousands of kinship families caring for kids at their own expense and under the radar of the state's child welfare system.

The ten-year-old and four-year-old girls each died at the hands of the parents and caregivers -- despite the fact child protective services workers had been alerted to reports of abuse and neglect.

Diamond has met with advocates who believe as many 18-thousand families raising children on their own with very little help.

Maine gets 23 million dollars from the feds every year, but it only covers the costs of caring for children in state custody. He worries about the toll this hardship is having on some caregivers, putting children they are trying to protect, at risk

"The more that pressure builds, the more the child is going to get the frustration, and they are going to strike out at the child. We, as policymakers, need to get a better handle on how many kids are out there in that situation," said Senator Diamond.

"We're working with over five thousand families across the state, but we know we are just touching the tip of the iceberg," said Bette Hoxsie.

Hoxie works with the Adoptive and Foster Families of Maine and the Kinship Program. The non-profit provides support groups, training, and other resources in every county in Maine.

The program also provides new and gently used clothing, backpack and necessities for babies and toddlers to families coming into the system for the first time.

Hoxie herself has adopted more than a half dozen foster children and is currently raising a grandchild outside the foster care system.

Some, especially grandparents, don't go to court to try to adopt the children in their care or contact DHHS for fear that will lose contact with kids altogether.

"They feel they are putting the children at risk, so they just stay quiet and keep doing what they are doing without any financial support," Hoxie said.

Back at the Carl's home -- the kids are getting ready for bed. The boys are catching up developmentally; they are doing well in school and love sports. But despite the foundation of stability and love, they worry if it will be enough to keep them from going down the same paths as their parents.

Donna has nagging questions as well.

"Are children more apt to be addicted to drugs if they have seen their parents do it?' But Dawn knows 'her' path will be different despite her parents' history with addiction.

"I am going to make sure that I am never going to do that because I am smart, I know that's what I am counting on."

A new federal law call the Family First Prevention Services Act would provide funding for states to set up programs for at-risk children and their families to help to keep them out of foster care. That program could get underway within the next year or so.

Information on Adoptive & Foster Families of Maine and the Kinship Program.

Information regarding Kinship Care Police from the Office of Child and Family Services through the Maine Department of Health and Human Resources.