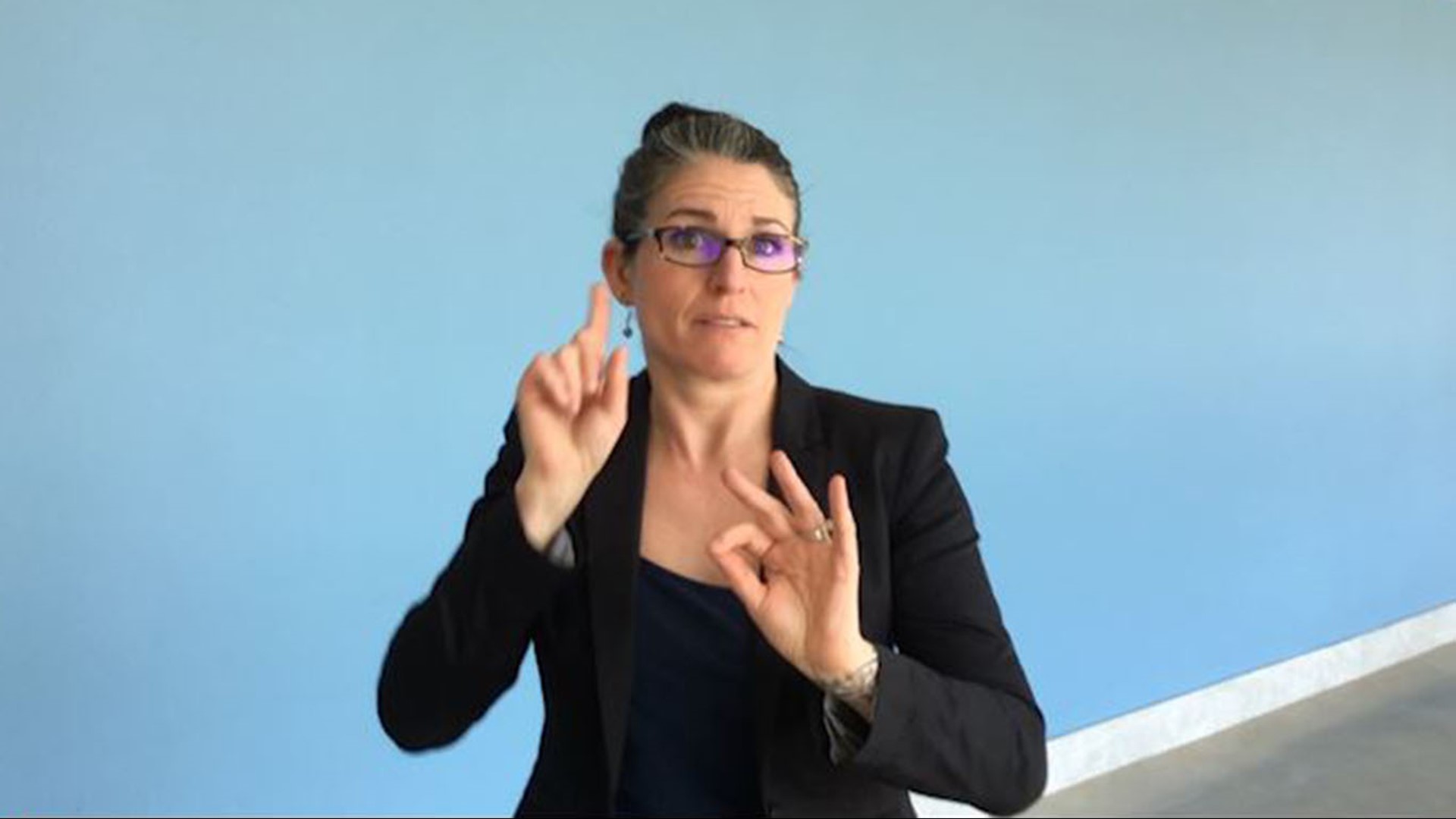 AUGUSTA, Maine — Editor's note: Lisa Trainor and Maura Nolin (shown at the beginning) are off camera signing and voicing over Don's interview with Regan Thibodeau.

As an American Sign Language interpreter, Regan Thibodeau is accustomed to providing a vital connection for those who are deaf, she may not be accustomed to such a public and highly visible role as the one she is performing these days.

Each day when the Maine CDC Director, Dr. Nirav Shah, briefs the media and the state on the status of the COVID-19 virus in Maine, Thibodeau is beside him, on statewide TV and digital screens, signing as he speaks.

Thibodeau tells NEWS CENTER Maine her role is an important one, as it allows those who cannot hear the same opportunity as others to understand what is happening with the virus and how vulnerable Maine may or may not be.

Thibodeau has very limited hearing herself and relies on Lisa Trainor, an independent interpreter, and Maura Nolin of the Pine Tree Society to actually hear what Dr. Shah and others at the briefings are saying, and then relay that, through sign language, to her.

Thibodeau then signs the comments for the cameras. She is a very expressive interpreter, and that has even prompted some criticism from viewers that she is distracting on camera. However, Thibodeau says physical expression is part of effective signing and helps to convey the information and intensity of the comments from the doctor.

She also admits it is hard, intense work, requiring a great deal of concentration, but says she finds it energizing to know she is helping Maine people understand something very important to their lives.

Thibodeau says she has been working as an independent interpreter for 20 years, and also teaches American Sign Language at the University of Southern Maine.