Drugs use, dealing and defecating persists in Portland's Deering Oaks 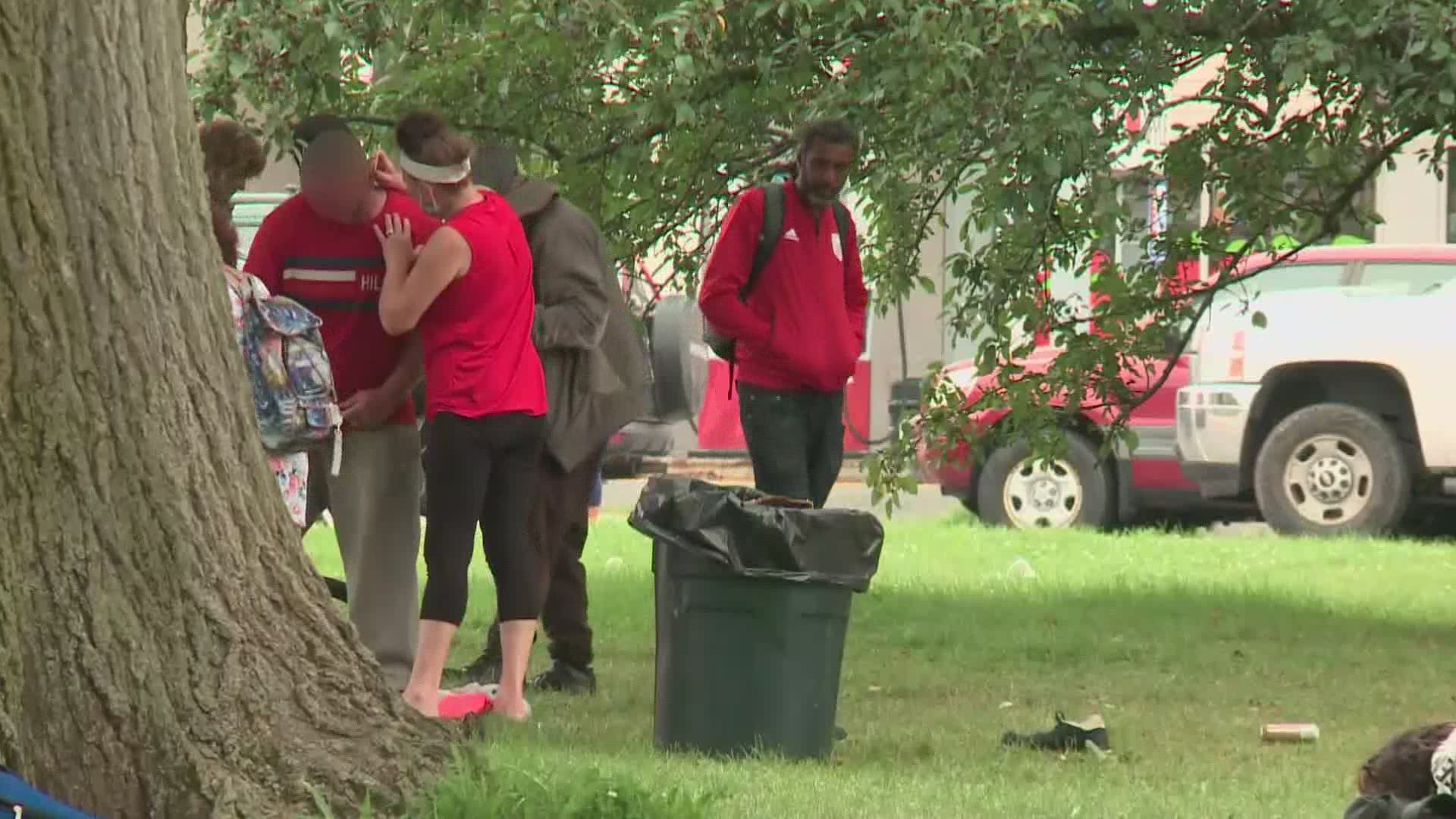 PORTLAND, Maine — Portland's Deering Oaks has been a big topic of conversation the last few weeks ever since a homeless encampment popped up in the park.

Visible to anyone who drives by or visits the park is trash, drug use, and other illegal activity.

Over the weekend, there was a stabbing and seven overdoses, including the driver of a car that crashed through the park and struck and killed a man who was sitting on a set of bleachers watching a youth baseball game.

In an effort to help the homeless population in the park the city, along with other agencies, are sending out social workers to encourage people to utilize the city's 24-hour shelters.

Meanwhile, advocates of Deering Oaks say something needs to be done before people are too afraid to visit the park.

"Something has to happen to get this under control," said Anne Pringle, a former Portland Mayor and the current President of Friends of Deering Oaks.

Portland Mayor Kate Snyder agrees that there are issues that need to be addressed at Deering Oaks.

"It was reported there were 244 needles found by park staff last week that had just been discarded," said Snyder.

The mayor says sadly this isn't a new problem for Portland.

"This is not new this behavior, this scene has been happening a few blocks away in Bayside."

RELATED: 'A bastion of lawlessness': Portland city official says coronavirus COVID-19 has made Bayside out of control

It's now in a more high traffic area, one the city is sending social workers to in an effort to provide outreach and information about the city's 24-hour shelters.

"I don't think this is the climate where you just go and say move along, but we can say move along there is a better place that is shady, cooler, that has meals there and is staffed and there are showers and bathrooms."

Snyder says if the outreach doesn't work the city will have to look at other options.

Park advocates like Anne Pringle says the future of Deering Oaks depends on it.

Mayor Snyder will be offering a listening session tomorrow morning at Lincoln Park regarding the protest being held at City Hall Plaza.