Deer ticks are surviving winter and becoming a year-round problem

Deer ticks are being found for the first time in Jackman and Houlton. 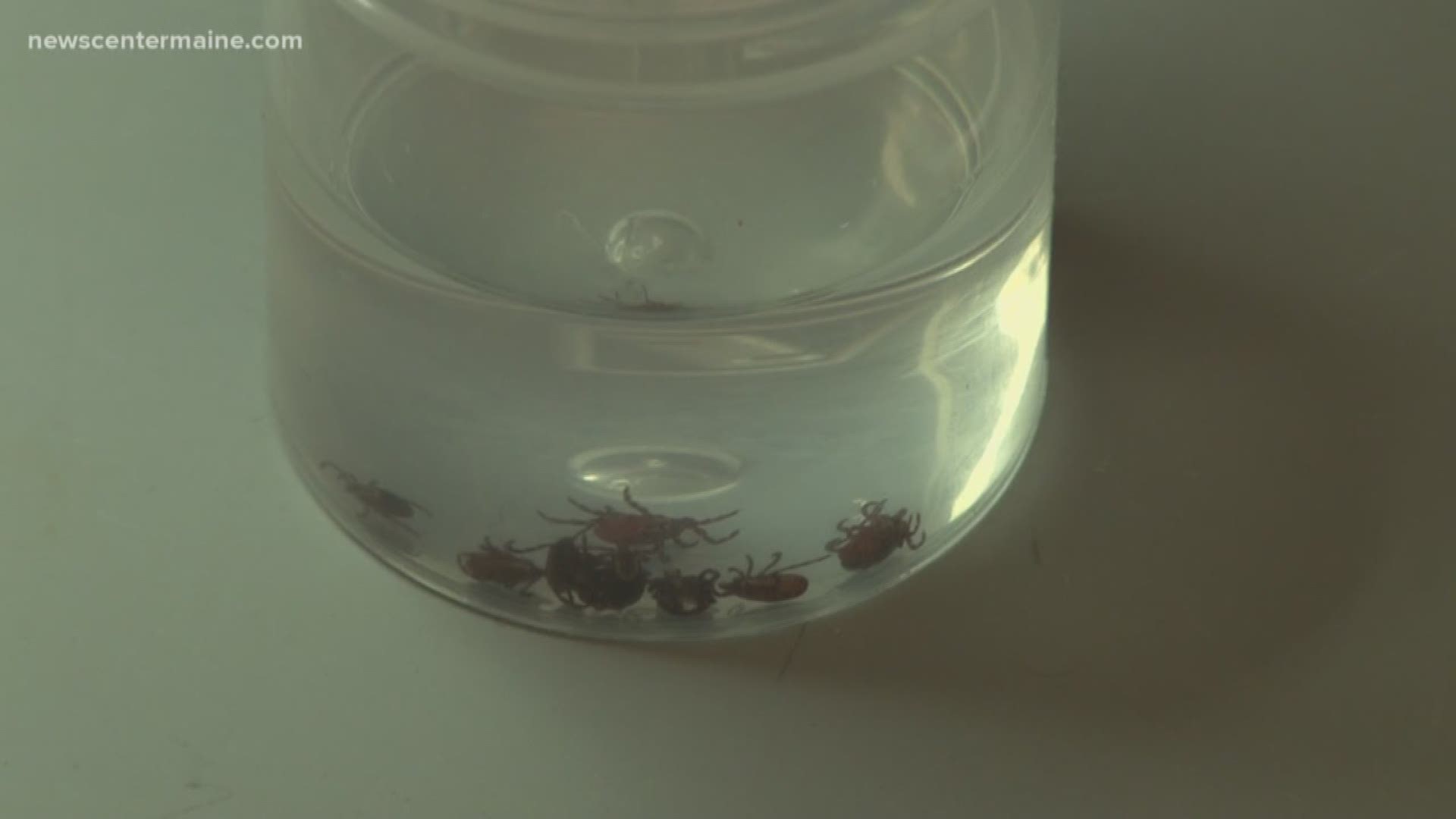 An ongoing study by the Maine Medical Center Research Institute into how deer ticks withstand cold temperatures shows that ticks can hibernate until spring under leaves and snow. Temperatures above freezing and melting snow actually activate adult ticks so people and pets spending time outdoors need to wear protective clothing and use repellant.

Another concern -- deer ticks are spreading to remote areas of the state. The parasites were discovered in Jackman and Houlton for the very first time.

"We don't have any record of that occurring that far north in that part of the state yet, we were a few miles from the Quebec border so I think we are going to go back in the spring to see how well they do," said Chuck Lubelczyk, field biologist with the Maine Medical Center Research Institute.

Researchers plan to study will also look at ticks that carry bacteria that causes Anaplasmosis to see if they can endure extreme temperatures than ticks that don't carry it. Cases of the disease which causes flu-like symptoms have exploded in Maine. The CDC says more than 430 cases were reported this year up from 52 five years ago.

— For information about Lyme Disease, Diagnosis and Treatment https://www.cdc.com