Health officials said other members of the family had COVID and they don't think the little girl contracted it at school. 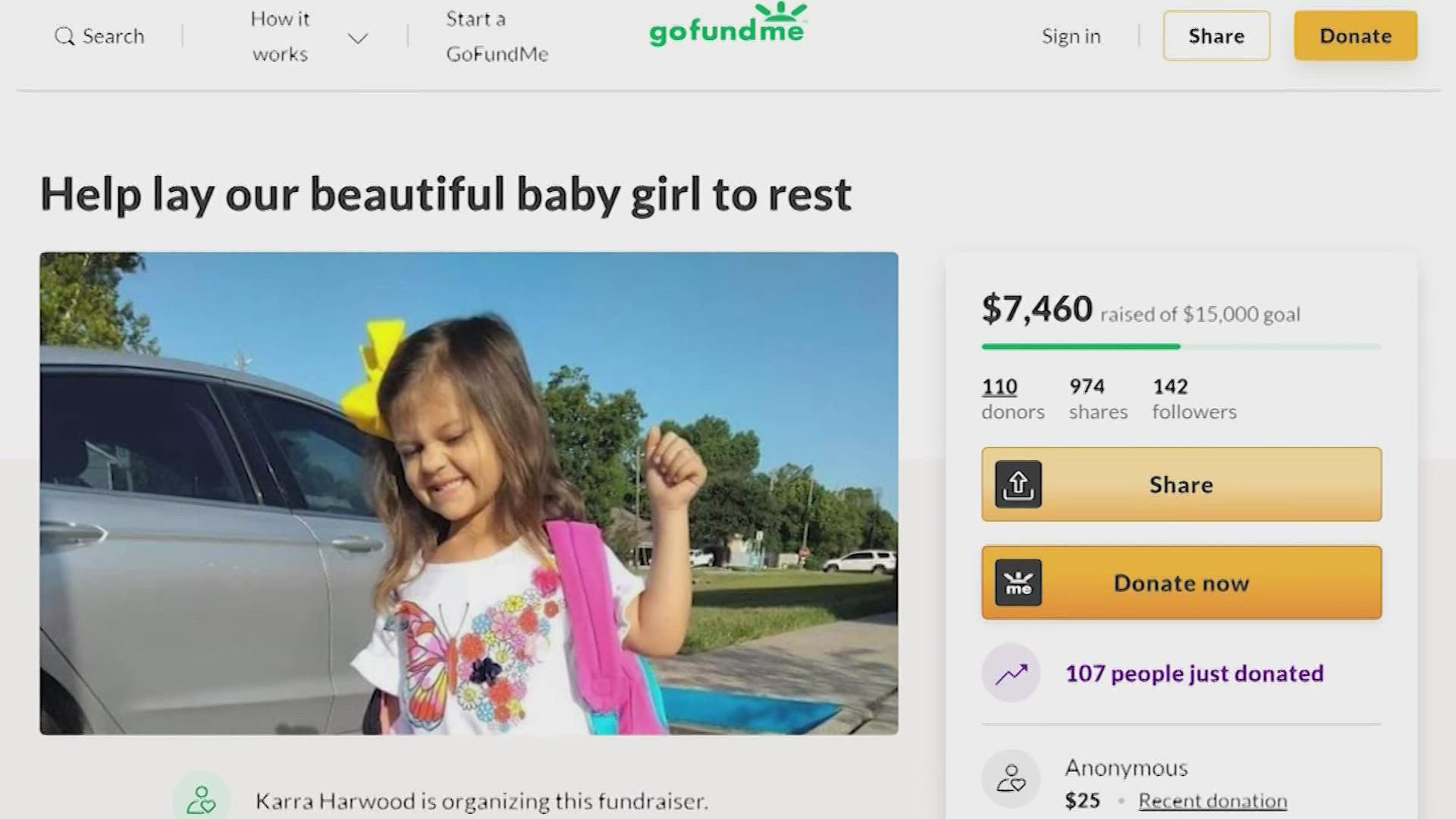 The girl was identified as Kali Cook on a GoFundMe set up by her family.

She died at home Tuesday and health officials said and she had not been hospitalized prior to her death.

Her mother told The Galveston County Daily News that little Kali had a fever in the middle of the night, very early Tuesday morning, and she passed away just a few hours later.

She attended K.E. Little Elementary School in Galveston County and health officials said they don't believe she got COVID at school because other family members also had COVID. She was last in school on Sept. 1.

.@GalvCoTx has reported it's youngest covid-19 death. This is the Gofundme Page set up for 4-year-old Kali Cook of Bacliff. It's being reported the little girl had a fever Tuesday night, and died hours later. @KHOU #KHOU11 https://t.co/lpKboo9kBl pic.twitter.com/CG7ssH2jlw

An Oregon infant died from COVID-19 complications on Wednesday

The News-Review in Roseburg reports the infant, who was under age 1, was diagnosed with COVID-19-related symptoms on Aug. 20 and died Monday, according to the Douglas County COVID-19 Recovery Team.

The baby was one of 13 deaths listed in the county’s Wednesday report. Children under age 12 are not eligible for COVID-19 vaccines. All but one of the others who died and were mentioned in the Wednesday report were not fully vaccinated, officials said.

“The significant number of deaths over the past month have been so incredibly tragic and heartbreaking,” Douglas County Public Health Officer Bob Dannenhoffer said.

He said officials have chosen not to provide detailed case information out of respect for patient privacy and because of ethical responsibility to medical records laws.

“We can say that some of those who died were perfectly well before they contracted COVID and died,” Dannenhoffer said.

The health team thoroughly investigates all deaths, and reviews all medical records to make sure everyone meets the requirements for a COVID-related death per the Oregon Investigative Guidelines, Dannenhoffer said.

Gov. Kate Brown and state health and education officials have urged Oregonians to wear masks and get vaccinated as the highly transmissible delta variant continues to run rampant throughout the state.

In late August, Seattle Children’s Hospital confirmed its first patient death from COVID-19 but didn’t release any other information.

WATCH: The first day of school during the COVID-19 pandemic was not typical

Can kids get ‘long COVID' after coronavirus infections?

Yes, but studies indicate they're less likely than adults to be affected by symptoms that persist, recur or begin a month or more after infection.

Estimates vary on how often the symptoms known as long COVID-19 occur in kids. A recently published U.K. study found about 4% of young children and teens had symptoms more than a month after getting infected. Fatigue, headaches and loss of smell were among the most common complaints and most were gone by two months.

Coughing, chest pain and brain fog are among other long-term symptoms sometimes found in kids, and can occur even after mild infections or no initial symptoms.

Some studies have found higher rates of persisting symptoms than in the U.K. study, but kids are thought to be less commonly affected than adults. About 30% of adult COVID-19 patients develop long-term symptoms, according to some estimates.

Experts aren’t sure what causes the long-term symptoms. In some cases, it could reflect organ damage caused by the initial infection. Or it could be a result of the virus and inflammation lingering in the body.

Kids can develop other rare problems after an initial coronavirus infection, including heart inflammation or a condition known as multisystem inflammatory syndrome. That involves fever and inflammation affecting different body parts, among other possible symptoms. Affected kids generally need to be hospitalized but most recover. A similar condition can occur in adults.

The rapid spread of the highly contagious delta variant has some doctors worrying about the potential for higher numbers of children being at risk for long COVID-19 and these other conditions.

Because of the potential for long-term consequences, the American Academy of Pediatrics recommends follow-up doctor visits after children recover from an initial coronavirus infection.