Without a federal bailout, motorcoach industry could collapse 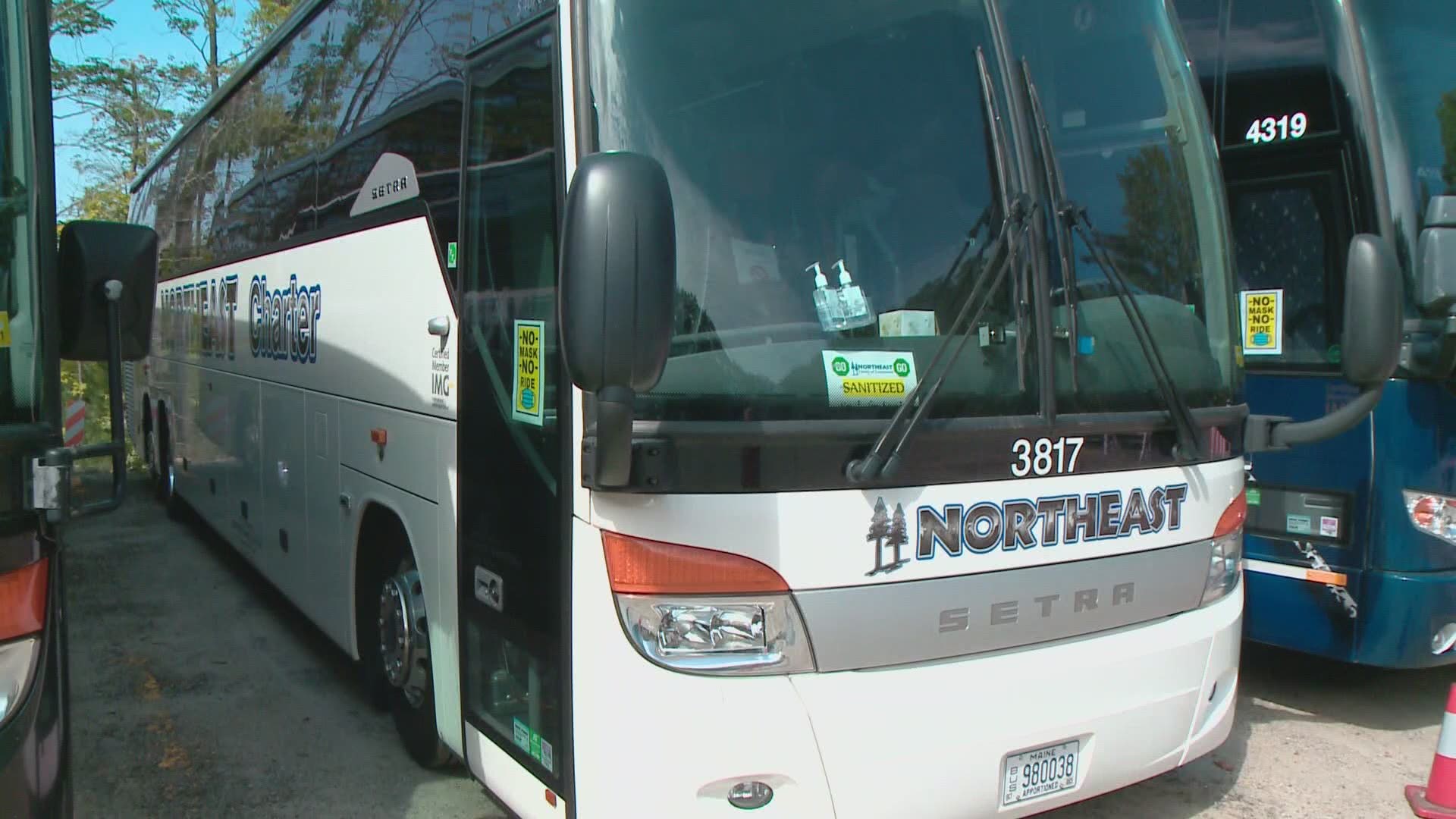 LEWISTON, Maine — While the travel industry is slowly opening back up, there is one sector that is stuck in neutral.

The motorcoach industry across the country and in Maine is facing an uncertain future.

Usually, there are 27 motor coaches operating out of the Northeast Charter and Tour Company in Lewiston. Right now, there are only 10.

"There is not enough work," said President and Owner Scott Riccio.

Riccio says back in March business came to a screeching halt when COVID-19 canceled everything from school sports to destination weddings. Six months later, it's not much better.

"On a daily basis, we have one charter bus on the road."

Just one. Last year on this same day, they had 34 buses running.

"We had 762 buses on the road in the month of September last year."

RELATED: COVID-19 will devastate motorcoach industry and have a huge impact on Maine's economy

Riccio said even though motorcoach companies in Maine are COVID compliant the demand for group transportation is not there. And neither is the revenue. So far this year they're down "80 percent and counting."

While Riccio is grateful for the little work they've had, a couple of summer camps and President Trump's recent rally in Manchester, it's not enough to keep all but a few employees on the payroll.

"Unfortunately we had to furlough 96 people."

Workers who are normally very busy this time of year.

"Students trips are canceled in fall, cruise ships, fall foliage, leaf peepers, conventions, conferences, shuttles you name it, that is not going on."

It's a huge financial blow to Maine's economy.

"Monstrous amount of money the state is losing on a daily basis."

Riccio says they've had to adapt and do what they can to survive. Like shutting off lights.

"We canceled the dumpster so they don't come we're not going to register 14 vehicles because the excise tax bill Is monstrous."

Riccio and the other motor coach companies are optimistic they'll see some kind of federal aid.

"Airlines, rail, and transit, all of these were taken care of from the beginning we were left behind."

Left idling and hoping they can hang on until next year.

There is support in Congress for a bailout package.

Senator Susan Collins has introduced a bill that would provide more than 15 billion dollars in grants and loans. The hope is it will be included in the next COVID-19 relief package. Right now the legislation has 32 bi-partisan co-sponsors.