The briefing will be conducted virtually to allow for questions from health journalists and to maintain a set timing no matter the schedule in the West Wing. 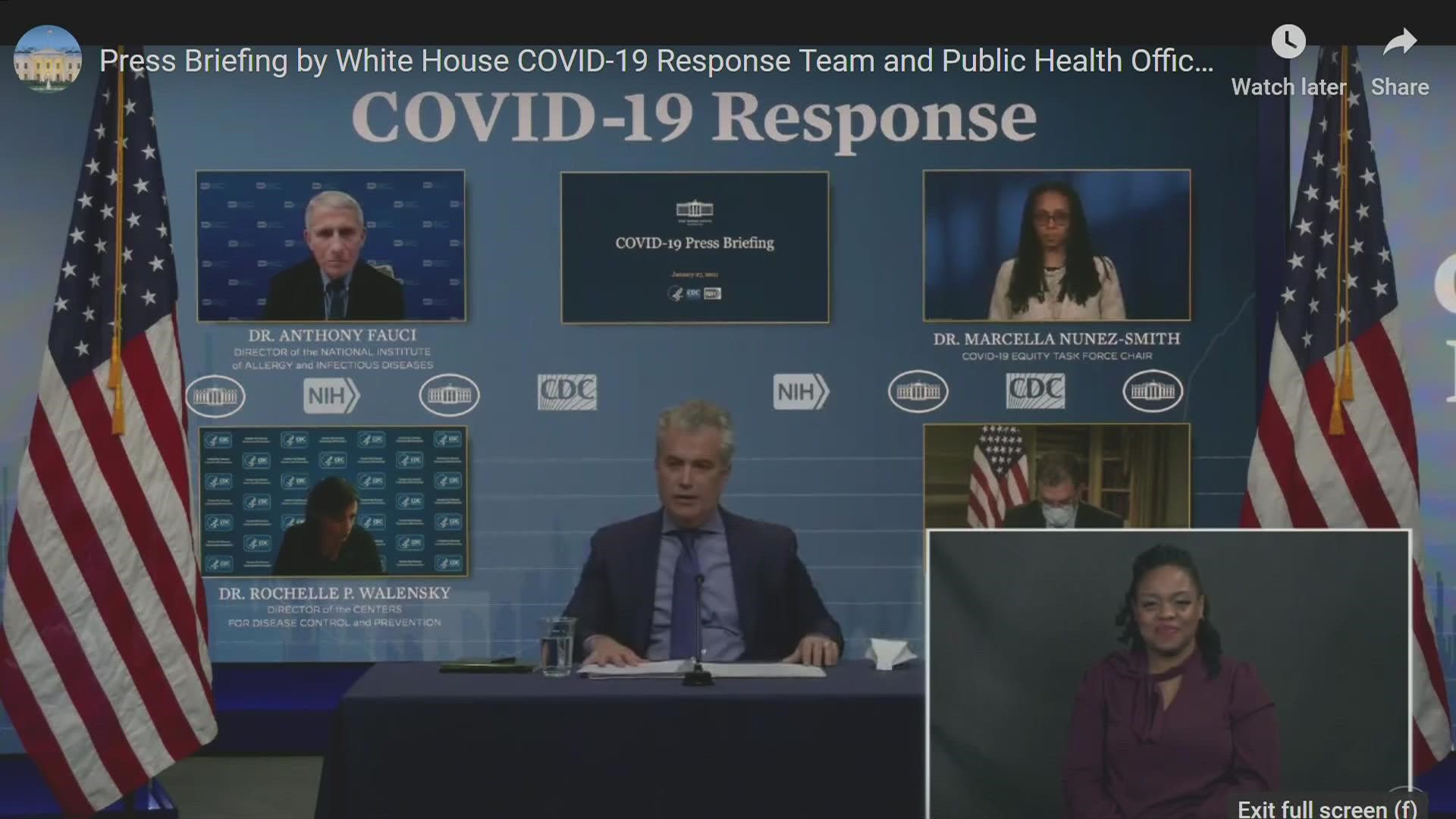 WASHINGTON — The Biden administration launched its new level-with-America health briefings Wednesday with a projection that as many as 90,000 more in the U.S. will die from the coronavirus in the next four weeks — a sobering warning as the government strains to improve delivery and injection of vaccines.

The tone of the hourlong briefing was in line with President Joe Biden's promise to be straight with the nation about the state of the outbreak that has already claimed more than 425,000 U.S. lives. It marked a sharp contrast to what had become the Trump show in the past administration, when public health officials were repeatedly undermined by a president who shared his unproven ideas without hesitation.

The deaths projection wasn't much different from what Biden himself has said, but nonetheless served as a stark reminder of the brutal road ahead.

“I know this is not news we all want to hear, but this is something we must say so we are all aware,” said Dr. Rochelle Walensky, the new director of the Centers for Disease Control and Prevention. “If we are united in action we can turn things around.”

The new briefings, set for three times a week, are part of Biden’s attempt to rebuild trust and mobilize Americans to follow health guidance on the coronavirus and to break down public resistance to the vaccine.

Wednesday’s briefing was conducted virtually, with no shortage of technical glitches and audio gaps. Administration officials appeared on Zoom from separate locations, in keeping with the Biden administration's efforts to model best practices for safe work habits in the pandemic.

One by one, the officials laid out administration efforts to contain the virus, speed vaccinations and bring Americans along with the effort..

“The White House respects and will follow the science, and the scientists will speak independently,” promised Andy Slavitt, a senior administration adviser on the pandemic.

Jeff Zients, the White House coronavirus coordinator, said the Biden administration was examining additional ways of speeding vaccine production, a day after the president announced the U.S. plans to provide states with enough doses for 300 million Americans by the end of summer.

But actually injecting those shots is another matter.

“Most states are getting better at putting needles in arms,” Zients said. He called on Congress to swiftly pass Biden’s “American Rescue Plan.” The $1.9 trillion bill, which has given lawmakers in both parties sticker shock, includes $400 billion for measures aimed at controlling the virus, including dramatically increasing the pace of vaccination and ensuring more widespread testing.

Zients noted that the federal Department of Health and Human Services acted Wednesday to make more people available to administer vaccinations. The government will authorize retired nurses and doctors, and professionals licensed in one state will be able to give shots in other states.

Dr. Anthony Fauci, the nation's top infectious disease expert, said there was reason to be concerned about the impact of some coronavirus mutations on vaccines, but he also said scientists have plenty of options for adjustments to maintain effectiveness.

Fauci said there was particular concern about the so-called South African variant, because lab tests have shown it can diminish the protective power of the vaccines approved to date. He stressed that the level of protection provided was still well within what he called the “cushion” of vaccine effectiveness, but added that the government was working with pharmaceutical companies on potential “booster” shots for the new variants.

The new briefings, beginning just a week into Biden’s tenure, are meant as an explicit rejection of President Donald Trump's approach to the coronavirus outbreak.

“We’re bringing back the pros to talk about COVID in an unvarnished way,” Biden said Tuesday.

Trump had claimed center stage and muddled the message of the nation’s top public health experts in the critical early days of the virus and eventually largely muzzled them as the pandemic's toll grew steeper.

As a presidential candidate Biden warned that the nation faced a surge of coronavirus cases in what would be a “dark winter"; Trump, by contrast, falsely claimed the worst of the virus was over.

Dr. David Hamer, a professor of global health and medicine at Boston University’s School of Public Health, said having briefings from health officials that are “based on serious science” would go a long way toward improving public perceptions of the vaccine.

“There’s a certain amount of vaccine hesitancy, and so educating people about the vaccine, how it works, how safe it is and how it can protect against the disease but also slow transmission is really important,” he said.

The stakes for Biden, whose presidency hinges at the start on his handling of the pandemic and the largest vaccination campaign in global history, could hardly be higher. He is pushing a weary populace to recommit to social distancing measures and mask wearing, pointing to scientific models that suggest the practices could save 50,000 lives over coming months.

Those messages found few champions in the former administration, as Trump openly flouted science-based guidance from his own administration. Face coverings were sparse at his reelection rallies and social distancing nearly nonexistent.

Asked by CNN last week if the lack of candor from the Trump administration about the virus had cost lives, Fauci replied, “You know, it very likely did.”

The Trump administration ended the practice of regular scientific briefings early in the pandemic, after Trump expressed anger over dire warnings about the virus by Dr. Nancy Messonnier, the CDC's immunization and respiratory director who is leading the agency's COVID-19 efforts. 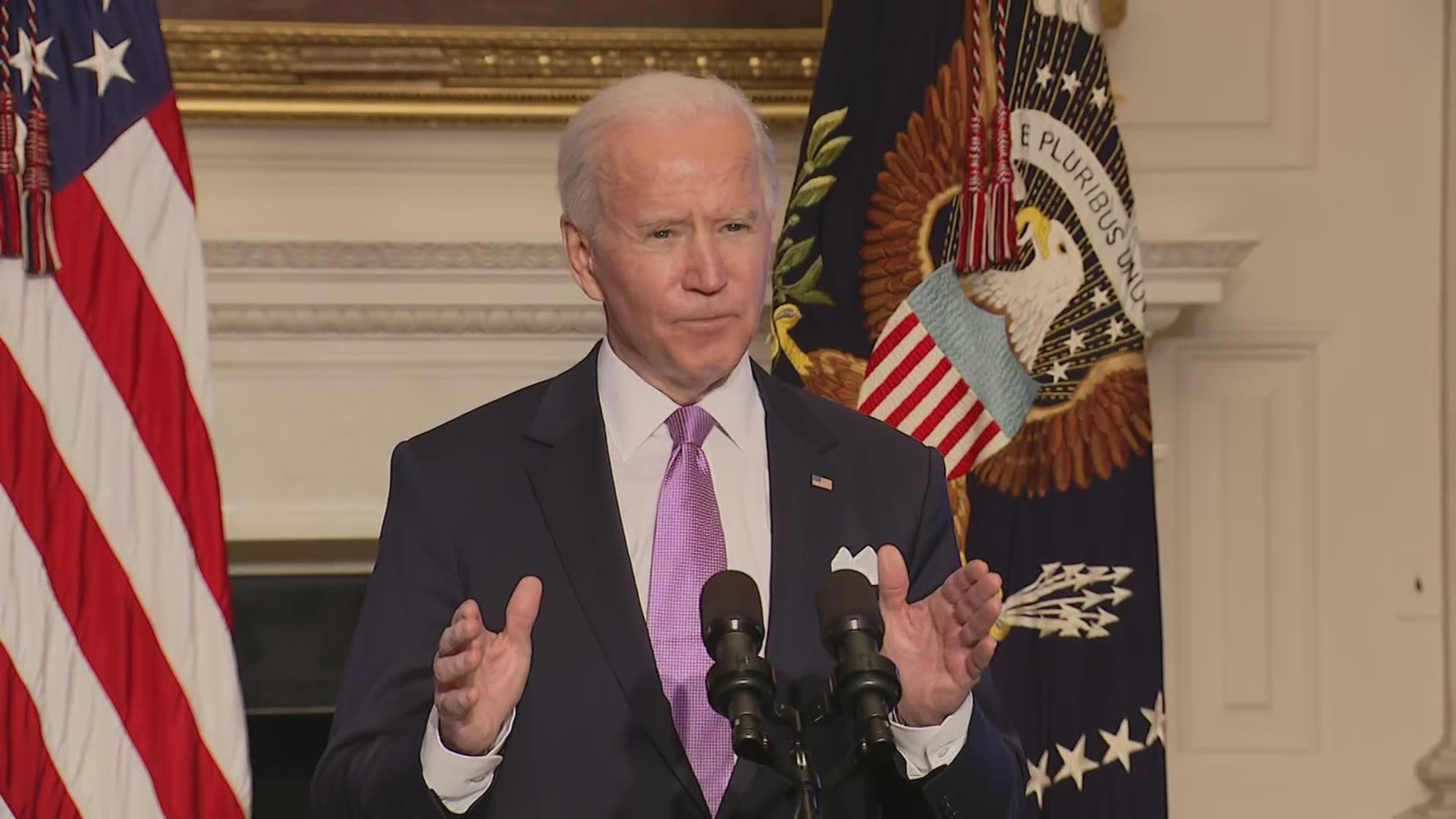